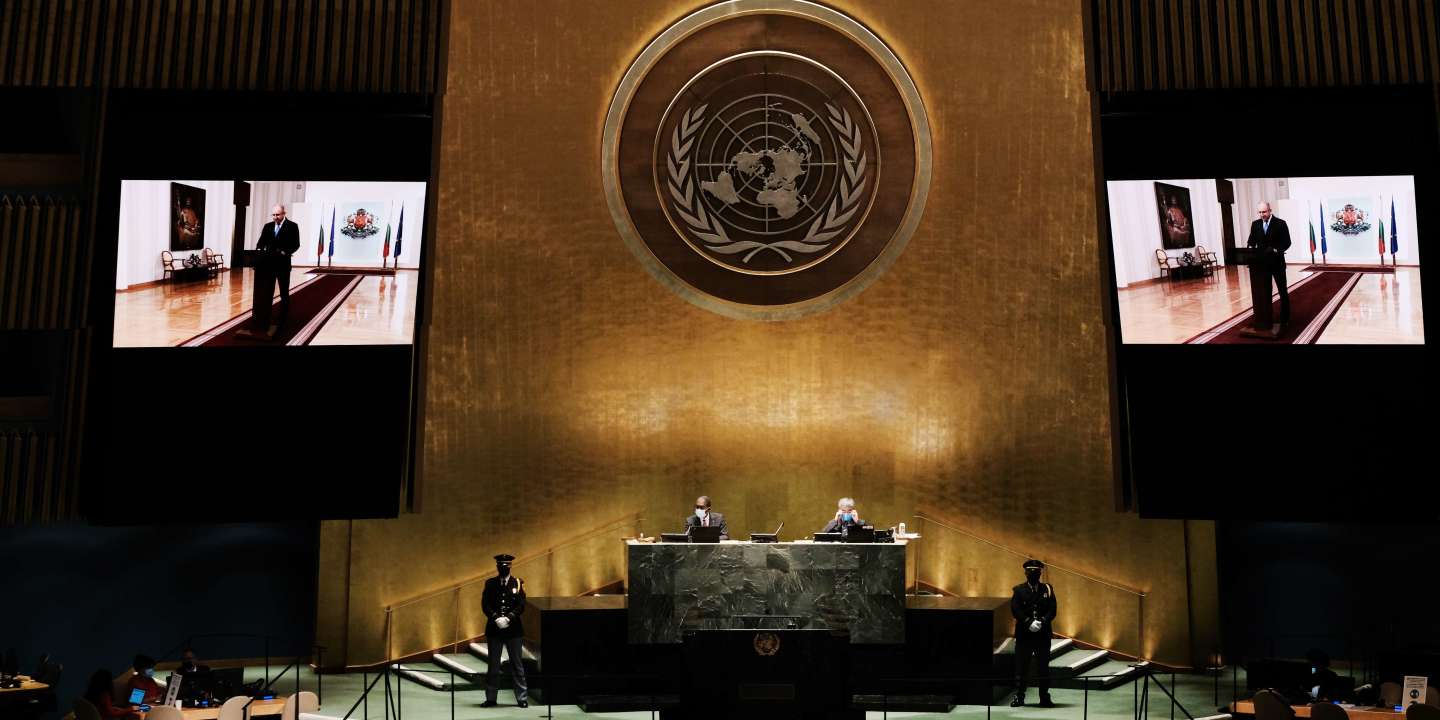 In their quest for international recognition, the Taliban are trying a new approach. The Minister of Foreign Affairs of government appointed by those who took power a month ago in Kabul, Amir Khan Muttaqi, asked in a letter to speak to the United Nations (UN) Annual General Assembly on behalf of Afghanistan, according to Stéphane Dujarric, spokesperson for the world organization.

The United Nations have not yet decided who will represent this country in the meeting which opened Tuesday for a week, the ambassador of the former ousted government having also wished to speak, added the spokesperson. The two competing demands are in the hands of the “Accreditation commission”, he added, without specifying whether it would meet before Monday, the last day of the week of interventions by the leaders of the countries of the planet at the prestigious New York platform of the UN.

The UN Secretary General, the Portuguese Antonio Guterres, first received, on September 15, a letter from the current permanent representation of Afghanistan, signed by his Ambassador Ghulam Isaczai. The latter appears there as “Head of delegation” for the General Assembly, reported Stéphane Dujarric.

Then, on September 20, Antonio Guterres “Received a letterhead from the Ministry of Foreign Affairs of the Islamic Emirate of Afghanistan”, signed by the head of diplomacy appointed by the Taliban after they came to power in mid-August.

Article reserved for our subscribers Read also After a month in power, the Taliban are above all anxious to display their doctrine

In this letter, Amir Khan Muttaqi “Ask to participate” at the great annual global diplomatic meeting, added the spokesperson for the United Nations. The Taliban official, however, did not specify whether he heard speaking in person in New York or through a recorded video, a practice allowed this year due to the Covid-19.

A government very little recognized in the world

In his letter, Amir Khan Muttaqi recalls that the former leader Ashraf Ghani was ” reversed “ and that countries around the world “No longer recognize him as president” from Afghanistan. Suhail Shaheen, a spokesperson for the Taliban in Doha – the capital of the emirate of Qatar – is also appointed Afghan ambassador to the United Nations.

Most governments, however, have yet to recognize the Taliban-appointed government, previously demanding that it meet several conditions, including respect for women’s rights and a commitment to let those who wish leave Afghanistan.

When two rival requests for diplomatic representation for a single country have been presented to the United Nations in the past, the members of the commission charged with deciding – it is currently composed of Russia, China, the United States, of Sweden, South Africa, Sierra Leone, Chile, Bhutan and the Bahamas – have often refused to decide on the merits, sending the matter back to the General Assembly for a decision at the time. of a vote, a diplomatic source reminded Agence France-Presse (AFP).