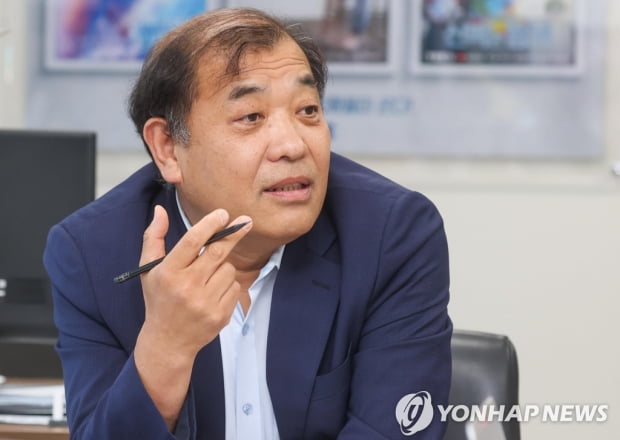 “The contribution of Seoul City is 70% of the budget… Even if commercial advertisements are allowed, the effect is not great”
“Citizen participation and role of local broadcasting… Questions about bias in ‘Kim Eo-Jun News Factory'”

Lee Kang-taek, CEO of TBS, strongly opposed the recent proposal of the Seoul City Council, which has a majority of the people’s power, to abolish TBS support, saying it was “a threat to rabbit herding”.

In an interview with Yonhap News at the TBS office in Sangam-dong, Mapo-gu, Seoul on the 6th, CEO Lee said, “If you look at the flow of the people (claiming the power of the people), it is a typical political story.”

He said, “Until last year, People’s Power lawmakers pointed out why TBS is doing something different when it’s a traffic broadcast, but this year, Mayor Oh Se-hoon said that it should be changed to an educational broadcast.” It’s old, so we’re going to privatize it altogether,” he pointed out.

He continued, “I think Mayor Oh and the people’s strength city councilors are running rabbits, threatening TBS members with weapons in both hands, saying, ‘I can’t get out now, so I’ll choose’.”

On the 4th, members of the People’s Power of the Seoul City Council proposed an ordinance that abolished the ‘Ordinance on the Establishment and Operation of the Media Foundation TBS’ as of July 1 next year, eliminating the basis for the Seoul Metropolitan Government to provide budget support to TBS. did.

As of this year, Seoul’s contribution to TBS is 32 billion won, which is 70% of the total TBS budget.

If the contribution disappears, TBS is practically in danger of extinction.

When asked if the normal operation of TBS would be possible if the Seoul Metropolitan Government cuts off support from the first year of next year, CEO Lee said, “What can we do when 70% of the budget is gone?

In fact, it’s the sound of closing the door.”

He continued, “Most of the donations are used for labor costs, but all programs that do not provide cost-effectiveness will be abolished and only ultra-low-priced programs will remain. did.

Some core businesses, such as the informatization business, have been halted, and broadcast programs cannot recruit outside personnel, he said.

He predicted that the assertion that TBS could be financed with commercial advertisements if it became a private broadcaster was realistically impossible.

CEO Lee said, “Basically, since the radio advertising market is absolutely small (taking other broadcasting stations into consideration), the Korea Communications Commission will not be able to easily decide whether TBS will allow commercial advertisements. We need time to prepare,” he said.

He also said, “The effect of net increase from commercial advertisements will not be large.” He said, “TBS still sponsors public campaigns, but it is questionable how much more advertising will increase in addition to this.

The radio advertising market continues to shrink,” he said.

He also pointed out, “It is also important to consider whether it is ultimately the right direction to abandon publicity and secure financial resources through commercial advertisements.”

TBS also agrees that it should diversify its financial structure, which is absolutely dependent on the city’s contribution.

However, CEO Lee emphasized that TBS needs an ‘incubation period’ to prepare for self-reliance.

He said, “Since TBS has been missing from the Broadcast Development Fund or local broadcasting support, we were pursuing a plan to utilize it, and we were also discussing cooperation projects with government agencies,” he said. It should be possible, but isn’t it reasonable to give that preparation period?”

In addition, in response to Mayor Oh’s policy that the life of traffic broadcasting, which was the purpose of TBS’s establishment, should be switched, TBS has already switched functions according to the times, such as COVID-19 and weather warnings, local broadcasting, and citizen participation broadcasting. claimed to be going.

CEO Lee said, “I would like you to talk about (function change) based on what TBS is currently doing.”

He continued, “Until some time ago, the Corona 19 special report was continuously broadcast, and during the heavy rain a few days ago, during the morning rush hour, the (popular program) ‘News Factory’ time was shortened and the weather special was organized.” We are experimenting with new models of local broadcasting and citizen participatory broadcasting with ‘My Neighborhood Radio’, a citizen participation type program,” he explained.

CEO Lee said, “TBS can do overall broadcasting based on traffic and weather, and it is moving forward one step at a time.

TBS and the People’s Power have been in conflict since before the proposition of this ordinance.

People’s Power has continued to criticize the ‘News Factory’ run by Kim Eo-jun, who is considered a progressive person, as being biased.

Regarding the controversy over political bias, CEO Lee said, “I want to question how to judge whether it is fair or partial.” He said, “It is impossible to judge political fairness.”

He continued, “In the United States, the fairness doctrine (fairness principle) was abolished in 1987, so it does not deliberate on political fairness, nor does Japan and the UK review it. It is questionable how plausible it is.”

Also, regarding ‘News Factory’, he said, “I think there is an aspect that continues to induce the atmosphere in that way after being branded as biased.” There are cases where there are some mistakes in fact checking, but only this part keeps coming out,” he said.

He continued, “The production team is trying to broaden the spectrum and aim for universality as well as the fandom (support group) who like the program.

However, this work should not be done by batting average.”