The TCL 10 5G is one of the first midrange smartphones with 5g support. ZTE previously presented the Axon 11 with the same soc, but it is not known whether that device will be released in Europe. ZTE’s device costs 2700 yuan in China, converted about 350 euros. HMD also equips its Nokia 8.3 5G with the Snapdragon 765G; however, that device costs 599 euros.

TCL equips the 10 5G with a 6.53 “LCD, four rear cameras and a 4500mAh battery. There is a fingerprint scanner on the back and the Android phone has a 3.5mm jack. Whether and when it device is released in the Netherlands and Belgium, is not yet known, but TCL does mention a euro price of 399 euros and says that the device will be released ‘later this year’.

There will also be a TCL 10 Pro, but that device does not have 5g support. TCL provides the Pro model with a 6.47 “OLED screen with a resolution of 2340×1080 pixels. This device has a fingerprint scanner behind the screen and a notch instead of a hole for the front camera.

The TCL 10 Pro also has four cameras on the back, but the wide-angle sensor has a higher resolution of 16 megapixel and instead of a depth camera, there is a 2-megapixel sensor for taking videos in low light. The device has a Snapdragon 675-soc, 6GB ram and 128GB flash storage. The battery has a capacity of 4500mAh. TCL will release the 10 Pro on Monday in Portugal for 499 euros. The device will come to other countries later, but when is not yet known. 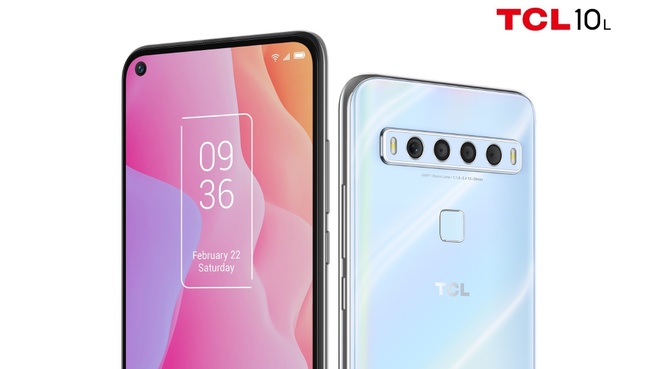 The pandemic continues, but we must think about the post-pandemic. The suffering caused by the next economic crisis may...
Read more

ASVEL will not succeed itself in the charts of the French basketball championship. Interrupted since mid-March due to the...
Read more

New assessments, new measures, highlights: an update on the latest developments in the Covid-19 pandemic.Break with WHO: "a serious...
Read more

Watch the video: Teddy bears instead of visitors on the roller coaster: surprise in the closed amusement park. This...
Read more

The pandemic continues, but we must think about the...
Read more

ASVEL will not succeed itself in the charts of...
Read more

The launch went smoothly. The two astronauts on board,...
Read more
Technology

How to request an appointment at the traffic headquarters, which ones are already open and the protocol to follow

Since last Monday, May 25, the offices and headquarters...
Read more
Technology

The developers of Call of Duty: Mobile have revealed...
Read more

The pandemic continues, but we must think about the post-pandemic. The suffering caused by...
Read more

ASVEL will not succeed itself in the charts of the French basketball championship. Interrupted...
Read more

New assessments, new measures, highlights: an update on the latest developments in the Covid-19...
Read more