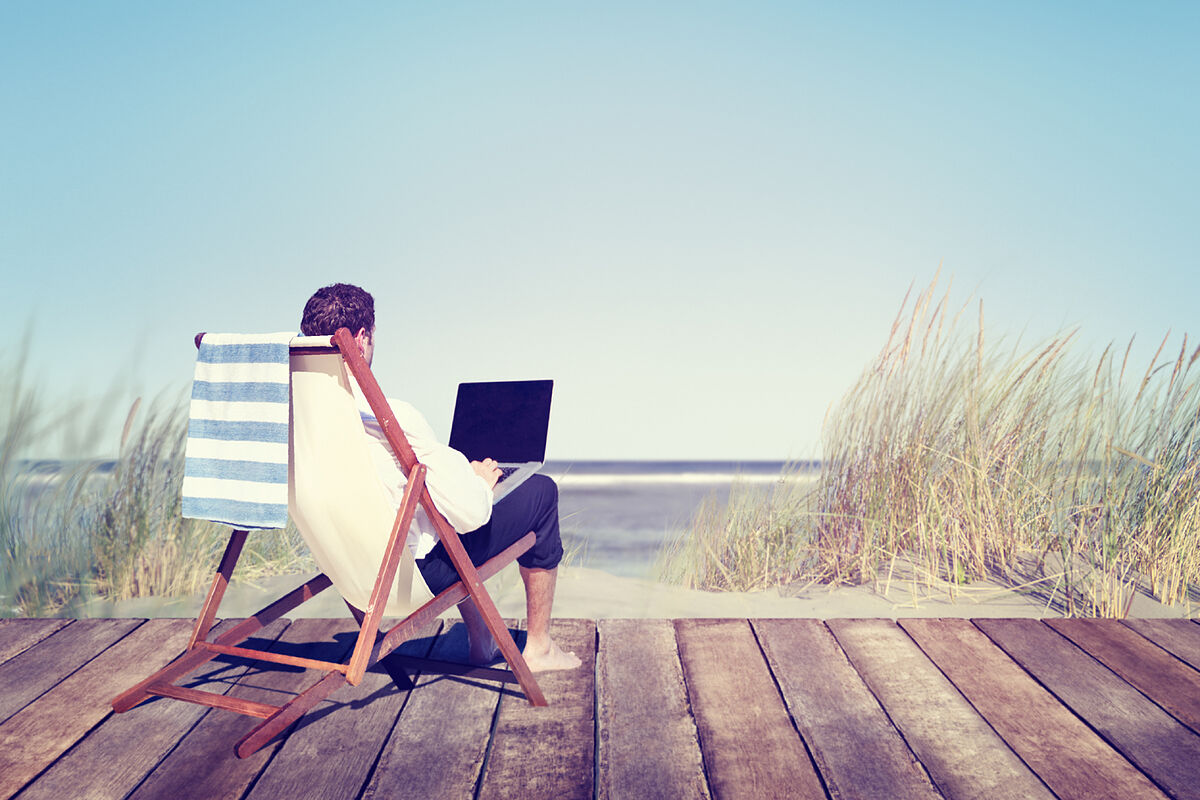 In September 1939, shortly after the Wehrmacht invaded Poland, the magazine Vogue expressed concern about how people were neglecting their appearance. “It would be an added calamity if war turned us into a nation of scarecrows and rags,” he lamented.

Many September later, we could subscribe to the phrase (and concern) by simply substituting war for pandemic. Zoom has opened a window to many living rooms in recent months and, like the replicant of Blade Runner, we have seen things we do not believe (and whose memory may not disappear like tears in the rain): tank tops and tops, sweatshirts, faces no shaving or makeup, poorly stained roots … All from the waist up, thank goodness. As one character from another says in Passions in Kenya: “Every time I see his nails, I’m glad I don’t have to see his feet.”

The spread of bad taste has no merely psychological consequences. In United States, Brooks Brothers, the bicentennial tailor who dressed Abraham Lincoln, John Kennedy O Barack Obama, just closed. And in the UK, the chain Marks & Spencer has announced that it will no longer sell men’s suits in half of its department stores.

History happily teaches that these phenomena are fleeting. Once the Axis powers had been defeated, the Allies had to regain some decorum to return to work. What happens is that this reincorporation is not so clear that it will take place after the pandemic. It is costing us Spaniards, at least. At Index of Normality what makes The Economist, We scored below the average: 61 compared to 66. We have recovered in many categories, in some we even lead: we fly more every day, we attend more movies and sports shows and, above all, we spend more time away from home (there we are). almost at precovid levels). What kills us is going back to the office. While only 20% of the workforce telework abroad, here we are still at 40%.

This is not bad per se. Many companies began to operate remotely forced by confinement, with a technology that had been at their disposal for years, but that they had not implemented due to laziness, distrust or a combination of both. And against all odds, they discovered that there was no drop in performance. Upside down. It was improving significantly, as a famous experiment in a Shanghai travel agency had attested in 2010.

The reasons are various. The lack of direct contact forces to be more precise in the instructions, which avoids misunderstandings. The employee also suffers fewer distractions and, being more comfortable, dedicates more time to their tasks.

However, not all are advantages. To begin with, many people lack the appropriate physical environment: their homes are small, the internet connection is poor, there are children screaming … Some creative tasks also require an intense exchange of ideas that is difficult to deploy from a distance. Finally, telecommuters are rarely very popular: peers consider them cheeky and bosses put them off during promotions (as the Shanghai experiment also corroborates).

For all this, the advisable thing seems to move towards a hybrid system. This is what the members of the ranking that we publish today do. They telework, but within an order: two or three days a week, with defined objectives and in appropriate material conditions. Civilization consists basically of rules: to work, to relax and, of course, to dress, as the Speaker of the House of Commons has reminded his ladies in England, who misinterpreted an invitation to relax their clothes and run the risk of become a bunch of scarecrows and rags.