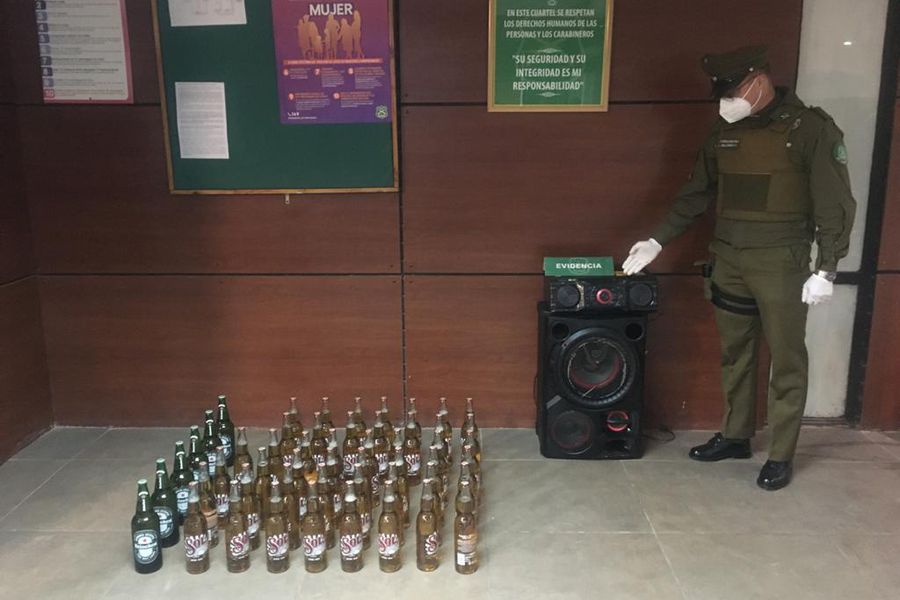 A Clandestine party was surprised at dawn in a sector of the commune of La Florida. According to the information provided by the police, at 01.15 in the morning they received a complaint of annoying noise from a house on Vicuña Mackenna avenue.

In the place, Police personnel found that a party was taking place with 10 people in a courtyard. All those present, of Peruvian nationality, were arrested.

The operation also closed with the seizure of an audio equipment and 52 bottles of beer, 710 cc and 1,000 cc. The detainees They were transferred to the 36th Police Station of La Florida, and a complaint was filed with the Seremi de Salud.