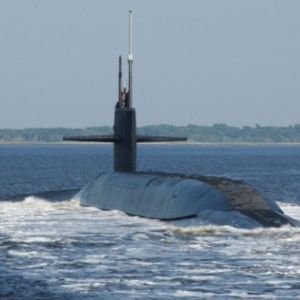 The political crisis between France and the United States, which together with their allies, the United Kingdom and Australia, signed a defense alliance in the Indo-Pacific region, which excluded the sale of arms from the European country to Canberra, has been on the rise in recent days .

France calls its ambassadors in Australia and the US for consultation.

On the eve, France called its ambassadors in Washington and Canberra for consultations after the announcement by those two countries of the signing of a defense contract that involves the cancellation of an order for French submarines by Australia.

French Foreign Minister Jean-Yves Le Drian affirmed this Saturday that it is “false” that France was consulted on the military alliance announced by Australia, the United Kingdom and the United States.

In the next few days there will be a phone call between Emmanuel Macron and Joe Biden to discuss the submarine crisis. French media say Macron will ask his American counterpart for an explanation. pic.twitter.com/vKPM1qXrbI


Le Drian explained why Paris had considered it unnecessary to call its ambassador in the United Kingdom for consultations, as it did with those of Australia and the United States, amid the tensions generated after the creation of the AUKUS trilateral alliance and the cancellation of the contract for the supply of submarines by Canberra.

According to Le Drian, the UK’s participation in the pact does not change the perception that Paris has of its British partners.

In an unprecedented event between allied countries in military matters, within the North Atlantic Treaty Organization (NATO), the French Government warned that it is a “serious crisis” due to the suspension of contracts for nuclear submarines between Australia and France.

The details of the agreement between the US, the United Kingdom and Australia on the creation of the new AUKUS alliance were discussed during the G7 summit, which was held last June in Carbis Bay, Cornwall (United Kingdom), without French President Emmanuel Macron was put on notice, according to The Sunday Telegraph.

To smooth things over, President Macro will hold a telephone conversation with his American counterpart, Joe Biden, in the coming days.

“President Biden asked to speak with the President of the (French) Republic and a telephone conversation will take place in the coming days between President Macron and President Biden,” announced French Government spokesman Gabriel Attal.

According to the French spokesman, Paris plans to seek “clarification” on Australia’s cancellation of the French submarine supply contract following the creation of the AUKUS trilateral alliance.