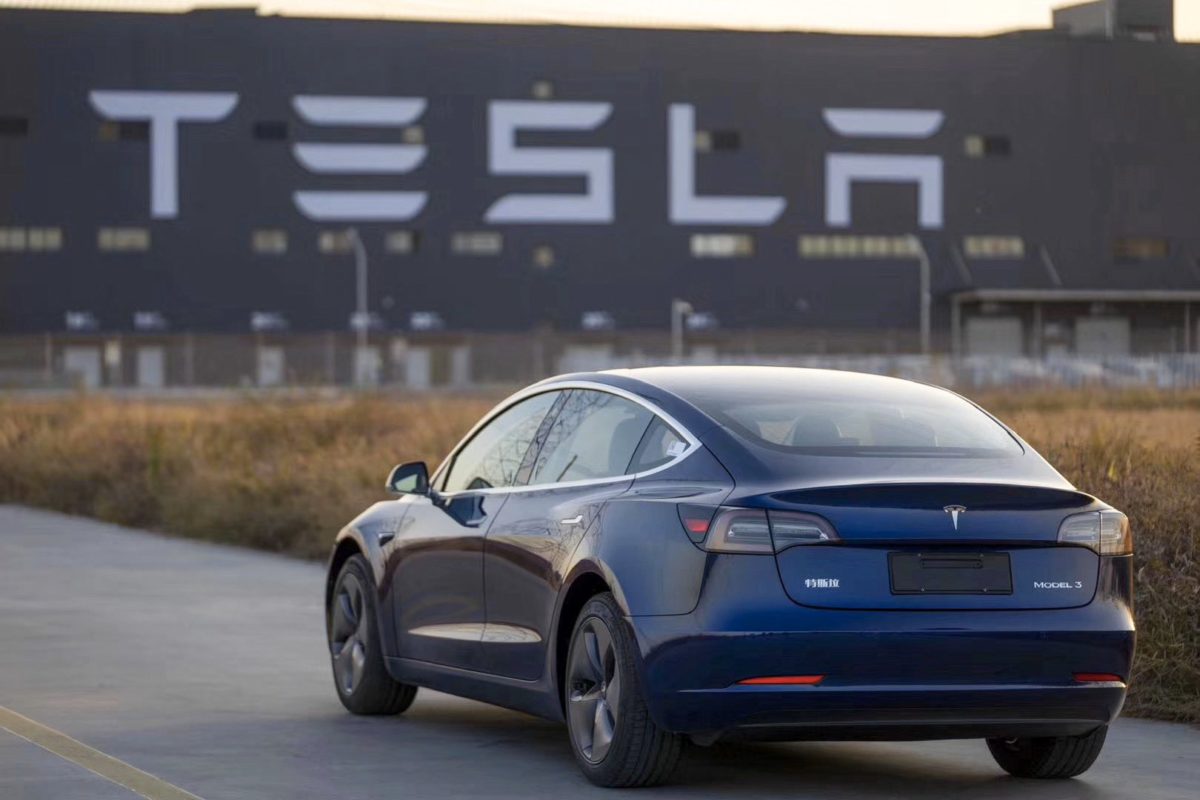 In April 2021, the American electric car manufacturer Tesla’s best-selling car Model 3 saw its sales plummet in China for the first time. Under the layout of the Chinese government, the Chinese electric car market may enter a turning point, and it is possible that the challenge of Chinese counterfeit mobile phones to international manufacturers will repeat The drama, a more fierce battle is about to start.

On May 11th, the China Passenger Transport Association announced the April sales of China’s new energy vehicles (mainly electric vehicles). As Tesla adopts a direct sales model, the car factory wholesale figures disclosed in this report best reflect Tesla Market performance in China. According to the report, 184,000 new energy vehicles were sold across China in April 2021, an increase of 214% over the same period in 2020.

However, China’s Tesla sold 25,845 vehicles in April, a significant decrease of 9,633 vehicles from 35,478 vehicles sold in March. The China Travel Association also pointed out that Tesla exported 14,174 vehicles from China in April, which means that Tesla only sold 11,671 vehicles in China’s domestic demand market, and the number of exports turned out to be more than domestic sales.

Since 2021, China has launched various atypical boycotts of Tesla’s development in the Chinese market. At the end of April, Chinese car owners rioted at the Tesla booth at the Shanghai Auto Show to protest the failure of Tesla’s brakes. The Chinese government stepped in and asked Tesla to hand over driving data. Also in April, a number of Chinese media and electric vehicle groups reported that traffic police appeared in many cities to restrict Tesla from driving on highways or prohibit Tesla from entering military areas. These have severely affected the Tesla brand.

During the Shanghai Auto Show, Tesla’s vice president Tao Lin first emphasized that he would never compromise on unreasonable demands, but soon, in order to ease the pressure from Chinese officials, he immediately announced that he would build a Chinese data center in the second quarter of this year and promised Tesla. The data collected in China will remain in China, and it is hoped that the Chinese military will lift the ban.

Now, Tesla and China are like resentment. The two sides fought fiercely, but when they walked out the door, both sides said “It’s okay”!

Of course, Tesla has a reason not to break his face with China. According to Tesla’s first quarter earnings report, Model 3 and Model Y are currently Tesla’s most popular models, with a total of 182,000 sold, while the high-end Model S and Model X only sold 2,000. “Model Y is very popular with consumers in China and will soon be produced at full capacity.” Tesla’s first quarter earnings press release wrote.

Tesla started selling Model 3 electric vehicles in China at the end of 2019, and soon it was on the ranking list of electric vehicle sales in China. Also according to the information of the China Travel Association, Tesla sold 14,954 units that month, accounting for 23% of the Chinese electric car market, ranking first. In November, it exceeded 21,000 units, and Tesla’s stock price also followed steadily. rising. But after a series of conflicts in April 2021, Tesla’s stock price also fell.

Interestingly, Reuters reported exclusively on May 12 that Tesla originally wanted to buy land, build Shanghai into a global export center for Tesla electric vehicles, and sell Model 3 electric vehicles to the United States and Europe. “But the plan has been shelved. “. The report pointed out that in March Tesla gave up bidding for the land next to Tesla’s Shanghai plant, “because Tesla is unwilling to actively expand China’s production capacity.” However, Tesla’s reply to Reuters only vaguely stated that “development is still The plan goes on.”

In fact, the purchase of land is probably just a fake issue, because Reuters also pointed out that Tesla’s existing plant in Shanghai is enough to increase the production capacity of 210,000 to 310,000 vehicles, and Tesla has never expressed interest in Shanghai. Purchase large tracts of land.

The issue may be false, but the attitude is true, which has softened the Chinese government’s attitude towards Tesla. On May 13, the “Global Times”, which has always represented the official direction, immediately sent a reporter to Tesla’s Shanghai factory for an interview. The “Global Times” took Tesla behind closed doors, but the workers on the site found that Tesla was still by the side of the interview. Build new factories, but these factories are used to park new cars that have just been produced. At the end of the article, I also interviewed an auto market analyst. He said, “As long as Tesla fully respects the Chinese market, the sales decline in the past few months is only temporary.” Hu Xijin, editor-in-chief of the Global Times, also said on Weibo, “ There is no need to chase Tesla after victory,” as if he was afraid that Tesla would run away.

Why is the Chinese government softening to Tesla? Comparing the domestic and foreign sales figures of electric vehicles in China, we can find that according to the information disclosed by the Federation of Passenger Transport Associations, in April 2021, China’s export of electric vehicles was still the leader of Tesla, which exported 14,000 vehicles, and the second largest SAIC Motor was only 2,300. Other brands like Ai Chi Auto only sold 300 units.

The army of cheap cars, copy the mobile phone model

However, China is actively cultivating an army of affordable electric vehicles. According to the statistics of the Automobile Market Research Branch of the China Automobile Dealers Association, in April 2021, the number one model of electric vehicle sales in China is Hongguang Mini. Exceeding Tesla, because the price is only 30,000 yuan, Tesla Model 3 will sell 2.15 million yuan in China.

Hongguang Mini breaks the game rules of many existing car manufacturers. From its shortcomings, this car has no air conditioning, no airbags, non-adjustable seats, and “all-in-one” 4-wheeled passenger cars with various safety equipment and auxiliary functions.

But this car also incorporates the various characteristics of locomotives, small trucks, electric cars and metro mini cars. The tire size is the same as that of a locomotive, and it even has a brake system with front discs and rear drums. The height of the driver’s seat and the angle of the steering wheel, as well as the wide front view, look like a small truck. It has the cabin space and fast start ability of an electric car, as well as an ultra-short body and wheelbase. The fourth place Chery eQ is only 65,000 yuan.

(This article is written by Caixun Authorized to reprint; source of the first image:Tesla）