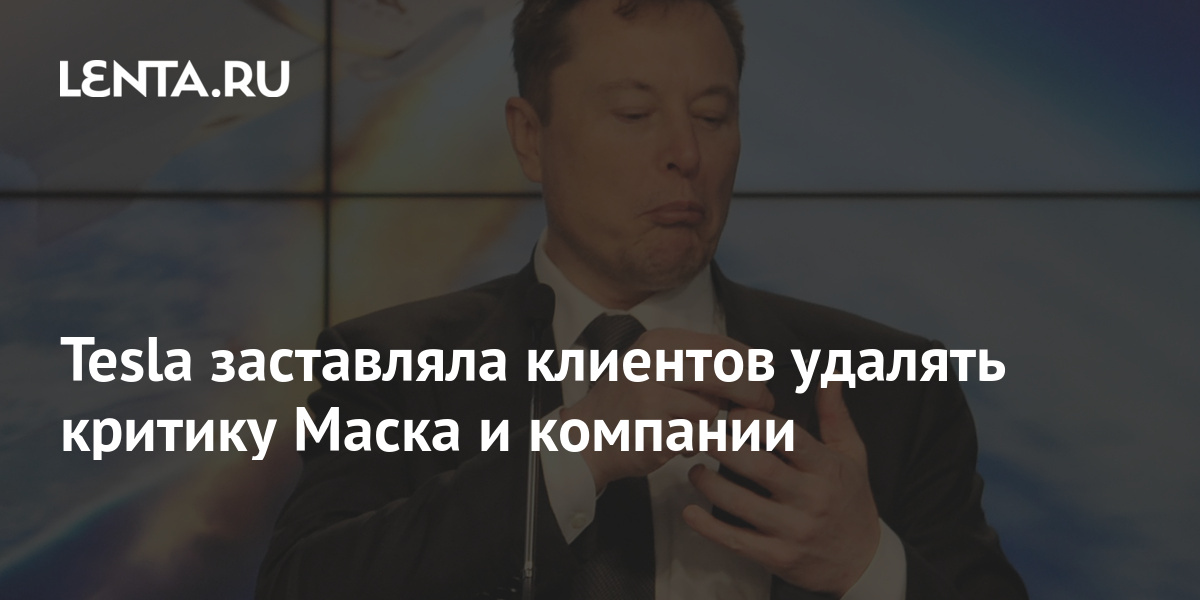 Tesla Energy asked a team of more than 20 employees to examine social media and websites for complaints about the company. In addition to solving problems, employees tried to convince customers to remove critical reviews, writes Busines Iinsider citing sources.

According to a former employee, the nine-person team was forced to seek posts targeting Tesla CEO Elon Musk. In January, Tesla Energy posted a vacancy announcement where candidates were to investigate “social media escalation” aimed at Musk. Those hired were obliged to politely ask clients to remove their complaints on social networks, the newspaper notes.

A Tesla Energy customer said he got exactly this advice from his project manager when he was having trouble with a solar roof contract.

Earlier, Musk said that because of Tesla he experienced two thirds of all life and personal pain. The businessman also said that he had “a rather difficult life experience.”