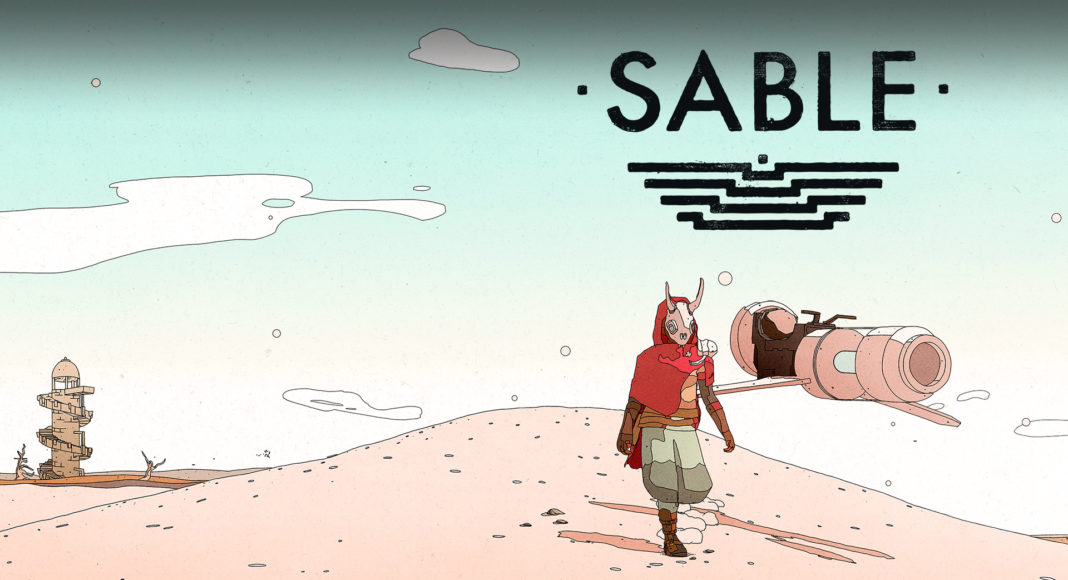 Announced several years ago by a small studio made up of two people, Sable is finally available on Xbox consoles and on PC. This is an adventure whose proposal will not appeal to everyone.

Barely composed of two people, Daniel Fineberg and Gregorios Kythreotis, the small British studio Shedworks offers its first independent production, with the support of the publisher Raw Fury. Sable is an open-world adventure and exploration game available on Microsoft consoles and on PC. It is also playable via the Game Pass since its release.

We play a young girl named Sable who is preparing to experience a rite of passage into adulthood. After a long tutorial in a closed area where our goal is to solve some quests allowing us to equip ourselves, to obtain a power allowing to glide as well as to build our own hovercraft, Sable becomes a “Glider” traveling the world in the goal to better understand it and find its place in it.

The game takes place in a desert universe where ruins rub shoulders, abandoned structures filled with futuristic technologies and where all the characters wear strange masks. Sable hits hard from the first moments thanks to its atypical artistic direction. Very inspired by comics, the in-game rendering closely resembles the style of author Moebius and the result is a real success. We are treated to very colorful environments during the day, while the game becomes almost monochrome after dark. This enigmatic universe is revealed during our exploration and the resolution of various quests.

The whole Sable experience comes down to exploring this open world using our vehicle. We meet characters who give us quests that earn us badges exchangeable for masks, these being the key towards the end of the game. These quests are very classic and unfortunately not very convincing, despite a successful writing in the dialogues ( these are only in English unfortunately). The title will above all shine in the free exploration it offers, in the constant contemplation and distraction that its adventure can provoke. There are many times when we look around with our spyglass in search of interesting places to discover.

Like a certain The Legend of Zelda: Breath of the Wild, Sable offers a great deal of freedom in our approach to the world and the structures therein. Once the tutorial is complete, the world opens up completely, without any restrictions. This universe contains a whole bunch of mysterious places which very naturally pique our curiosity. It is then up to us to explore every nook and cranny to learn more about the story, or to find money and costumes for our heroine. If our character’s abilities are limited, Sable can still climb most walls and has the power to float, which brings real added value to our exploration of these ruins and futuristic structures. It is possible to explore as we see fit, sometimes even without being really sure that the path taken was the one intended by the developers.

The title is then made up of exploration, escalations, platform phases and light puzzles. All in a large open world, but not necessarily very crowded. There are still things to find there like Chums, creatures that leave you an egg that you have to collect in exchange for improvements to the stamina gauge, or even the money that is mainly used to buy new parts for our vehicle. The game shows a relative slowness in its progression and a particularly calm and pleasant atmosphere, the music has a lot to do with it. Composed by the members of the group Japanese Breakfast, they are very often peaceful or mysterious, sometimes with the inclusion of very beautiful songs.

The title unfortunately suffers from many annoying bugs, especially regarding the camera which can sometimes do a little bit of anything. The management of collisions during our escalations can also be improved and some framerate problems and graphics problems are part of the game, including problems of menus and interfaces that disappear when we buy from vendors for example. Some of these problems still hinder the smooth running of the experiment.

Sable is a title that will not appeal to everyone. With its modular lifespan (the game can end in a handful of hours if you want to end it, but takes more than 10 hours to really go around), its slow pace and its open world where little happens. many things, the title of Shedworks is likely to cool many players. The others will perhaps be charmed by its relaxing atmosphere and its invitation to discover this universe. An exploration that leaves a lot of freedom to lose yourself in the dunes of this open world.

Developed by a tiny studio called Shedworks, Sable is an open-world exploration game that charmed a lot of players when it was announced. This adventure allows us to play as a young girl named Sable who is preparing to experience a rite of passage into adulthood. She must leave her tribe to explore the world and find her place. At the controls of a hovercraft, the game lets us explore its open world without any restrictions. Its climbing system and the possibility of hovering are directly reminiscent of Zelda Breath of the Wild, and just like in the latter, these abilities give a very nice freedom. It will be necessary to solve quests that are not necessarily very exciting in an open world, however well built and which naturally calls for exploration. The title benefits from a magnificent artistic direction and a very beautiful soundtrack too, adding a very calm and mysterious side to this universe. Sable, however, suffers from a major lack of finish. The bugs are numerous, the camera is a little crazy and we can also find many inaccuracies in its physique. With its open world a little empty and its lack of direction, the experience that Sable offers is bound to be divisive. The title is still a proposal as we see too little, a game that offers real freedom to the player. 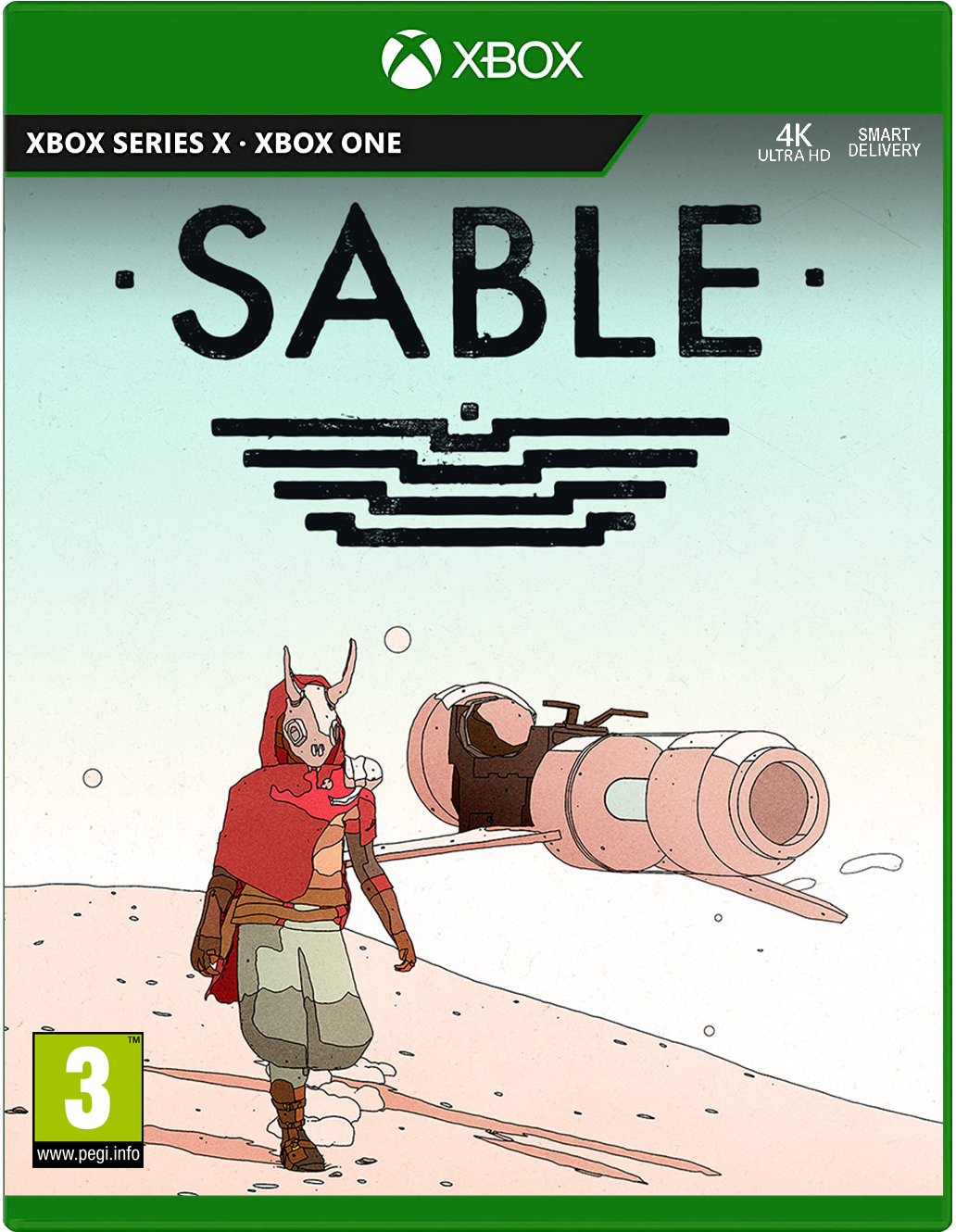 The peaceful and mysterious atmosphere

Many technical issues and bugs

Available in English only