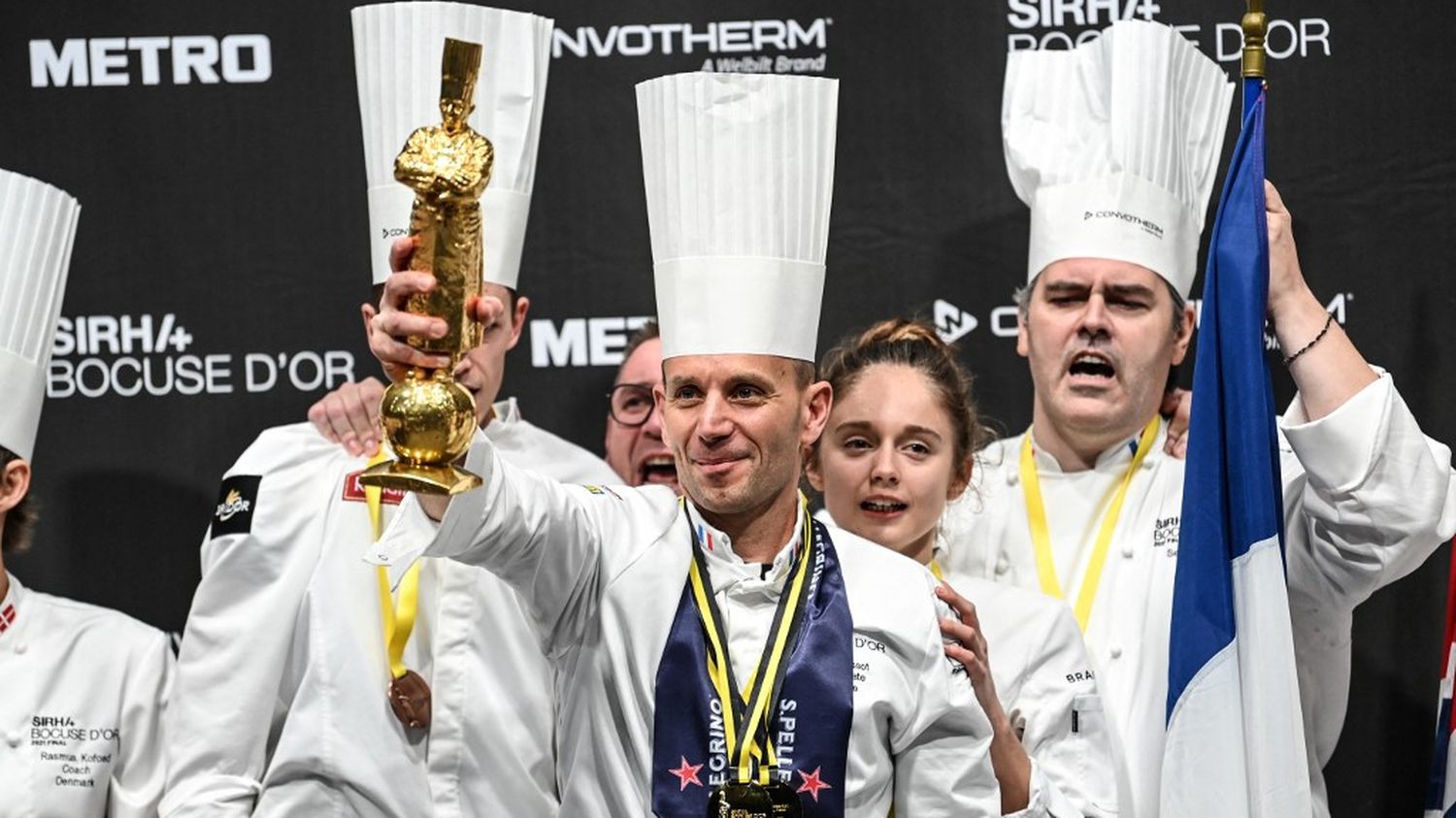 France won the Bocuse d’Or for the first time since 2013. This competition, “it is the world cup of cooking”, underlines the victorious chef.

“There are a lot of emotions”, declared Monday, September 27 on franceinfo the starred chef Davy Tissot after winning the Bocuse d’or 2021 with the French team he was leading.

franceinfo: What state of mind are you in?

Davy Tissot: I haven’t realized yet. It’s been a twenty-year journey to get there today, it’s huge. It’s the cooking world cup! That’s why there are still a lot of emotions. And then, as a Lyonnais, my first home was with Paul Bocuse more than twenty years ago, so I am very happy and very proud. When I passed the competition for the best worker in France, he said to me ‘Davy makes two average dishes but of very high quality’. This is what guided me. Thank you Mr. Paul!

What dishes have you presented?

On the theme of the tomato for the take-out box, we had fun working the tomato quarter that we reconstituted with a fermentation of tomato water and an oven-baked tomato and verbena. As a hot dish, we started with a stuffed tomato base to serve with shrimp. The inspiration came from a dish my grandmother made. And for dessert, we worked on a raw tomato candy, with a fermented tomato in blackcurrant and plum-colored tomato skins. For the theme on the Charolais beef chuck, we made a little stew that had to have a touch of the country, so we worked with a champagne sabayon.

Who made up the team we hear celebrating the title behind you?

It’s a whole team of young people, maybe future candidates, at least I hope so. This is good because France had not won since 2013 and because since 2011 we have not been on the podium. It is good for young people that France is back on the podium. In any case, we integrated them into the France team for that purpose. We’re going to put someone in the running to get the next Bocuse d’Or!