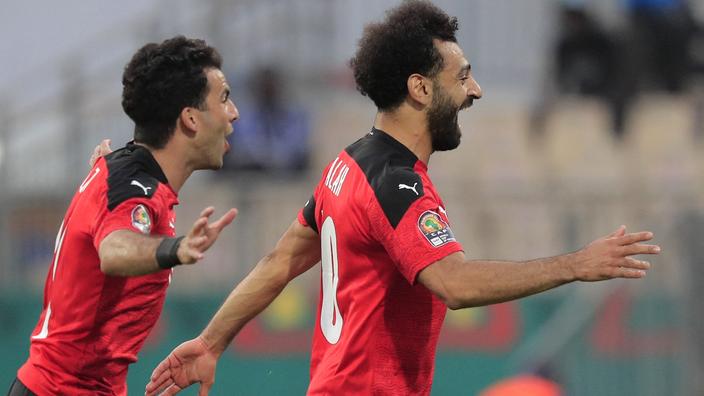 He is indeed the “Pharaoh”: Mohamed Salah, a goal, a brilliant pass, qualified Egypt for a semi-final at the top of Africa against Cameroon by beating Morocco (2-1 ap), Sunday at the CAN in Yaoundé. The Liverpool star still did almost everything on his own. He sounded the revolt after the break, where Morocco led from a penalty from Sofiane Boufal (7th sp), and scored a goal in ambush (53rd).

The winning goal really bears the seal of the Pharaoh, a devilish overflow on Nayef Aguerd and a perfectly measured pass for Ahmed Hassan “Trezeguet” (101st), who narrowly escaped goalkeeper Youssef Bounou. Egypt therefore found the Cameroon for a clash between the two titans of the continent, the two most successful selections at the CAN, seven for the Pharaohs, five for the “Indomitable Lions”, also Olympic champions in 2000. This duel has already been featured in three African Cup finals, two won by Egypt (1986 and 2008), one by Cameroon (2017). Vahid Halilhodzic’s Morocco, titled only in 1976, can blame themselves for having dropped in intensity after the quick opener.

Are you looking for a care solution for yourself or for an elderly relative, in an nursing home or in another structure? Testify