After serving as US President, Barack Obama and his wife Michelle made millions. With their marketing, the Obamas even overshadow Donald Trump.

Barack and Michelle Obama are one of the most popular couples in America. After the second term of Barack Obama As US President, the Obama family has had this popularity gilded. The Obamas present themselves in public as a loving couple, are close to the people and always exude a down-to-earth attitude. In this political staging they are the opposite of the US president who is still in office Donald Trumpwho shows off his billion dollar fortune and his economic success.

Barack Obama helps children in Washington swing: The Obamas like to be close to the people, a secret of their success. (Source: imago images)

But Barack and Michelle Obama also run an extremely successful family business. With lectures, books and especially Netflix documentaries, the couple made many millions over the past four years. There is no end in sight. In the medium term, Barack Obama could become one of the wealthiest former US presidents.

With comparatively little money in the White House

The Obamas’ fortune was when it moved into the White House 2009 low compared to other presidential couples. The business magazine “Forbes” assumed 1.2 million US dollars. For comparison: Donald Trump was worth $ 3.1 billion when he moved into the White House, the fortune of the US president-elect Joe Biden is estimated at over $ 9 million. Also George W. Bush already owned $ 20 million from a job in the oil sector.

The Obamas and the Bidens in the 2008 presidential campaign: Biden was elected 46th President of the United States in 2020. (Source: Reuters)

The Obama’s economic rise began with Barack’s candidacy for US president. The official in the US receives an annual salary of US $ 400,000, plus book revenues for Barack and Michelle. When they moved out of the White House in 2017, they are said to have had a fortune of nine to ten million US dollars, writes Forbes. Has against it Trump So far lost a billion dollars during his tenure, which “Forbes” attributes to the corona pandemic. His fortune is currently based on $ 2.1 billion estimated.

The Obamas are collecting millions

With the withdrawal from the front line of politics, the rapid financial rise of the Obamas began and the family business went through the roof. That’s not just because of the presidential pension of $ 200,000 annually. Compared to the rest of the income, it looks tiny.

Lectures at companies and organizations are particularly lucrative, with relatively little effort. Barack Obama raked in $ 800,000 to $ 1 million for an hour-long event. Trump did the same before his time in the White House. Occasionally he appears as a speaker for the renowned New York further education institute “The Learning Annex”, the fee for a one-hour presentation is 1.5 million dollars. 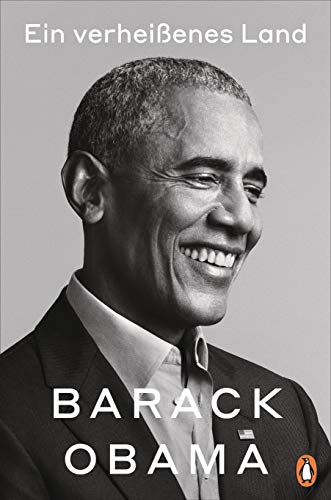 The second major pillar of the Obamas are still book deals. The first volume of Barack’s autobiography, entitled “A Promised Land”, was released on Tuesday. In just under 1,000 pages, Obama tells of his childhood, unsteady youth, his political ascent and the first of two terms as president.

The book deals alone broke records, and the publishers competed for the rights to the couple’s autobiographies. In the end, Penguin Random House, a Bertelsmann subsidiary, won the bid. The publisher is said to have paid an advance of $ 65 million for three books. For comparison: Bill Clinton Received $ 15 million for his memoirs and Bush received $ 10 million.

Obama depends on Trump on books

The financial outlay by the publishers is worth it. Michelle Obama’s autobiography “Becoming”, published in 2018, sold 1.5 million copies in the first week and 15 million to date. Barack’s book is also a bestseller even before its publication.

The Obamas clearly overshadow Donald Trump. Trump’s only halfway successful book, “The Art of the Deal”, is a mixture of personal memories and advice. He made about a million dollars in royalties from it. But: Unlike the Obamas, Trump does not write his books himself, so he has to pay royalties to authors.

But the Obamas don’t just make money from their books. The former first lady even won a Grammy for the audio book she read in her autobiography. The Obamas also signed a highly dated contract with Netflix, and the production volume for Obama films is estimated at $ 50 million. The documentaries are produced by the ex-presidential couple’s own company.

Books, lectures, films, podcasts. The people in the USA and all over the world are scrambling for everything that appears from the Obamas. When it comes to marketing, they are in a class of their own, as Michelle’s reading tour in 2018 shows. They filled entire stadiums with 20,000 people, and visitors paid up to $ 3,000 for the best seats. The former first lady received 800,000 per appearance, her earnings for the five-week American tour: ten million dollars.

How big is your fortune?

All these projects bring millions into the family budget and at 59 and 56 years respectively, Barack and Michelle Obama are comparatively young compared to other ex-presidential couples. Right now, according to Forbes, her fortune is rising $ 135 million estimated. According to the American University, they have a potential revenue of more than $ 240 million.

After their time at the White House, the Obamas bought a house in Washington: it has ten rooms and eight bathrooms. (Source: imago images)

The Obamas are already playing in a different league than many other ex-presidential couples. Previously, Bill and Hillary Clinton than the big earners in the US after moving out of the White House. In 2017 Bill’s net worth was estimated at around $ 80 million, with Hillary Clinton contributing an additional $ 45 million.

The Obamas have built a successful family business. They are their own recipe for success. Their appearance is interesting for fans, and they also reveal personal things in their books. To many, that seems honest, personable and approachable. That is exactly what makes them stand out among the ex-presidential couples.

In addition, there is the social commitment of their foundations, donations of millions for children in need or disadvantaged neighborhoods of Chicago. The Obamas have become multimillionaires in recent years, but publishers, bookstores and streaming services also benefit from this. Ultimately, economic success is also the result of hard work.