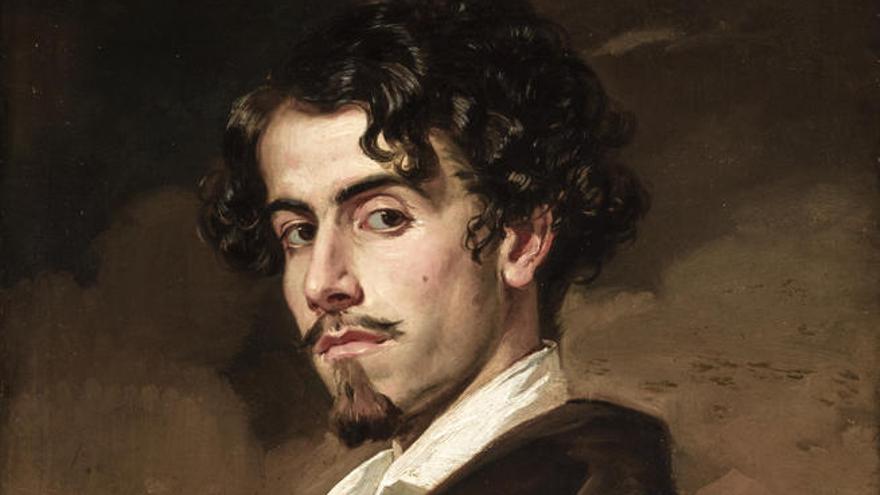 145 years have passed since the death of Gustavo Adolfo Becquer. The Sevillian poet, author of RImams and Legends, died on December 22, 1870 after a life full of lights and shadows. On the anniversary of his death we review 10 of his most celebrated verses.

“The dark swallows will return …”, thus begins one of the best known Rhymes of this poet of Romanticism. A man who knew how to capture his many contradictions in his work. In his poems he addresses themes such as dreams and reason, ideas and words, the ideal woman and the carnal woman or the aristocracy and the people.

Bécquer was not only a man of letters, but was closely related to the world of painting. His ability for illustration had an impact on the Becquerian language of some of his works dedicated to art criticism.

On December 10, 1870, months after his brother died and after experiencing a period of lights, the poet fell ill. 12 days later he died at 34 years of tuberculosis. Despite his youth, Bécquer had already achieved some fame, but it was not until the posthumous publication of his works that he became the prestigious author who has survived to this day. one of the greatest Spanish poets of history.

Kiss the aura that moans softly

the slight waves that playing ripples;

the sun kisses the cloud in the west

and shades it with purple and gold;

by kissing another flame slips;

and even the willow tree, leaning under its weight,

to the river that kisses him, return a kiss.

The invisible atoms of the air

Around them they throb and become inflamed;

the sky melts into rays of gold;

the earth trembles with joy;

I hear floating in waves of harmony

murmur of kisses and flapping of wings; my eyelids close … what happens? –

Your pupil is blue and when you laugh

its soft clarity reminds me

the tremulous glow of the morning

that is reflected in the sea.

Your pupil is blue and when you cry

the transparent tears in her

drops of dew appear to me

Your pupil is blue and if deep down

as a point of light radiates an idea

it seems to me in the evening sky

What is poetry ?, you say, while you nail

in my pupil your blue pupil,

What is poetry! Are you asking me that?

For a look, a world;

what would I give you for a kiss!

A tear appeared in his eyes

and to my lip a phrase of forgiveness;

Pride spoke and wiped away his tears

and the phrase on my lips expired.

I go one way: she, another;

But thinking of our mutual love

I still say, why did I keep quiet that day?

And she will say, why didn’t I cry?

I was not amazed by your forgetfulness! Although one day,

your affection admired me much more;

because what is in me that is worth something,

that … you couldn’t even suspect.

Sighs are air and go to the air.

Tears are water and they go to the sea.

Tell me, woman, when love is forgotten

Do you know where it goes?

I read from your pupils in the background.

What to pretend the lip

laughter that is denied with the eyes?

Cry! Do not be ashamed

to confess that you loved me a little.

Cry! Nobody looks at us.

The dark swallows will return

their nests to hang on your balcony,

and again with the wing to its crystals

playing they will call.

But those that the flight held back

your beauty and my happiness to contemplate,

those who learned our names …

The bushy honeysuckle will return

from your garden the walls to climb,

and again in the evening even more beautiful

its flowers will open.

But those, curdled with dew

whose drops we watched tremble

Those … won’t come back!

They will return from the love in your ears

the fiery words to sound;

your heart from its deep sleep

maybe it will wake up.

But dumb and absorbed and on my knees

as God is worshiped before his altar, …

as I have loved you …; get off the hook,

Well … they won’t love you!