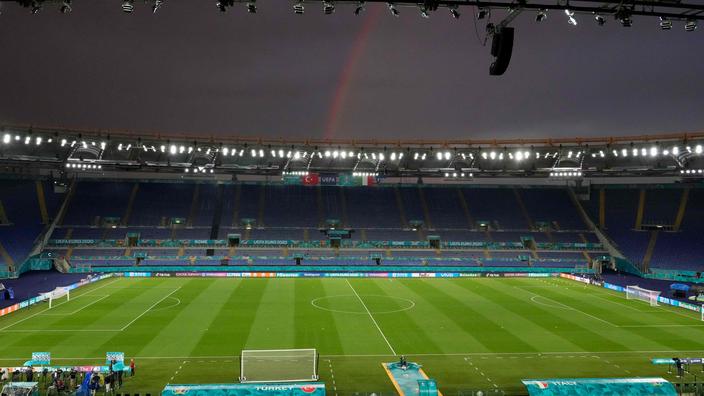 As Euro 2020 begins this Friday, the sports department of Figaro lists the matches not to be missed during the group stage of the competition.

It is the meeting that launches the start of the competition. But it’s also a magnificent opposition between two great teams. Roberto Mancini’s Squadra Azzura, even amputated of some of its elements, is a contender for the final victory in this Euro 2020. In front of it, stands a formidable Turkish team, led by LOSC striker Burak Yilmaz.

This meeting has a taste of the last four of the World Cup. Indeed, in 2018, England and Croatia had the opportunity to meet in the semi-finals of the competition. Luka Modric’s teammates won and therefore won their ticket to the final. But for three years, things have changed and the Three Lions seem, at least on paper, to have strengthened. It will be the shock of this group D.

A meeting awaited by all the supporters of the Blues. This poster facing Germany marks the entry of the France team into the competition. Didier Deschamps’ men could have hoped for better to start. They will have to get a positive result if they are to be certain of reaching the knockout stages. The task promises to be tough against the Mannschaft led, among others, by its colony of Bayern Munich. It will also be an opportunity, unless his crutch still hinders him, to see Karim Benzema again with the French jersey during an official competition.

This is the match to watch in this group B. The Danes could well be one of the surprise teams of this Euro 2020. Strong defensively, they also have great offensive weapons. They could pose serious problems to the Belgians, no doubt revengeful, after their World Cup (3rd) where they hoped to lift the trophy. In view of their workforce, Roberto Martinez’s men are still among the favorites of the competition. A very nice meeting in perspective.

Read also :These “strangers” who might surprise you at Euro 2020

One of the great meetings of this group C. The Oranjes, who have a lot of ambitions in this Euro 2020, will have to face Austria led by the neo-Madrid David Alaba. To finish first in their group, Memphis Depay and his teammates will have to win. This match should also see the new player of Paris Saint-Germain, Georginio Wijnaldum at work.

This is what one could (almost) call a “derby”. The Scots inherited a difficult group. But there is no doubt that they will be very motivated against their English neighbors. It’s a game that should be hotly contested with impact and intensity. A must see.

Another great match in this group F. This opposition between Portugal and Germany could prove to be decisive both for the two teams but also for the French team. A shock with great players, like Cristiano Ronaldo, Bruno Fernandes and Ruben Diaz on the Portuguese side and Manuel Neuer, Joshua Kimmich and Toni Kroos on the German side. It is also a poster between the last winner of the Euro, and the 2014 World Champion nation.

Second match for the France team against the Hungarians, admittedly deprived of Dominik Szoboszlai, but who should remain dangerous. Against the opponent, a priori, the weakest of the group, the Blues must absolutely win to qualify for the next stage of the competition. Will they succeed?

Read also :Euro 2020: these 11 stars who will blaze with their selection

A very good match on paper. Spain, which is one of the contenders for the coronation, is starting with a head start on paper. However, Sergio Busquets’ positive Covid-19 test could well upset La Roja’s entire competition, in the event that other Spanish players catch him. On the other hand, even without Arkadiusz Milik, Poland appears powerful on the offensive level thanks to one of the big stars of this Euro 2020 Robert Lewandowski.

Last match of the group stage for the Blues. And not against just anyone. The 2018 World Champions find their executioners in the final of Euro 2016. A match that should be interesting to follow, on the one hand because the two teams know each other well, since they faced each other recently, and also because that there should be something at stake in view of qualifying for the round of 16. Hoping that this is not the last meeting of the France team in the competition!