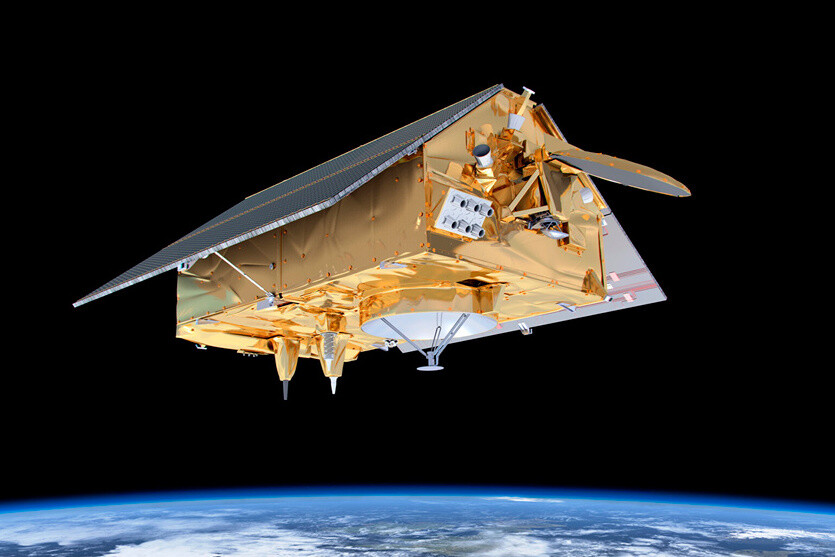 The level of the oceans rises inexorably with the climate change and we have more and more data and evidence that there are even populations threatened by it. Hence, the study of this growth is increasingly important and that it is done from space, from now on with more attention to the satélite Sentinel-6 Michael Freilich.

This mission is part of the European Union’s Copernicus Observation Program. Specifically, Sentinel-6 will be in charge of monitoring sea levels in 95% of the ocean, in addition to providing atmospheric information to be able to make better climate models.

A more advanced sentinel to accurately see how the oceans grow

Last Saturday at 17:17 UTC a rocket Falcon 9 it lifted this charge into space, which has a curious “house” shape and which we saw being ejected into space from the same rocket on November 21. It was also mission number one hundred of the Falcon 9, as highlighted in Naukas (and the 66th time parts of it were recovered).

Thanks for the ride, @SpaceX!# Sentinel6 @NASA @elonmusk https://t.co/2PRXY9Z8M7 pic.twitter.com/bHgAOwVEDF

As explains the NASA, Sentinel 6 Michael Freilich is named after the late director of the Earth Sciences Division of the North American space agency, who led the observations from space that have been made from it. According to Josef Aschbacher, director of ESA’s Earth Observation Programs, he was key to promoting the study of the oceans in relation to climate change at a global level since “the rise in sea level knows no borders”.

The quirky Sentinel 6 design It is due to the specificity of its mission, specifically due to having to constantly point towards the Earth part of its instruments. The “gabled roof” is formed by the solar panels, which are not in two arms at the sides as we usually see, and from their location at an orbit of 1,336 kilometers in height and 66 degrees of inclination, you can measure sea level 95% of it every ten days.

For this mission Sentinel 6 will use the synthetic aperture radar altimeter that incorporates, Poseidon 4 (built by ESA). This instrument will measure altitude using two frequencies, so that interference caused by the Earth’s ionosphere can be corrected.

The ionosphere is not the only one in our atmosphere that makes this study difficult, there is also water vapor. That is why it also incorporates a microwave radiometer (Advanced Microwave Radiometer–Climate Quality, AMR-C) to save the measurements of the delay that the steam would suppose in the pulses of the radas, and that supposes one of the main improvements over previous satellites together with the laser retroreflector (LRA, to try to correct the uncertainty in the position of Sentinel 6).

Although it may seem like a house from a story, this satellite is not small and weighs 1,192. It has the capacity to store up to 496 Gbits of data and will be able to transmit about 1,200 Gbits per day for (an estimated) seven years.

Know better the damage we have done (and are doing)

We already said that climate change is not a matter of the future, but it is something very present. Is causing a thaw increasingly accelerated and evident, and as we already said[whentalkingabouthowextremeweathereventslookfromspace[(https://wwwxatakacom/espacio/supertifones-olas-calor-extremas-devastadores-fires-as-it-looks-space-extreme-climate-that-suffers-earth)theideawiththesemissionsistocontributetoanticipatingasfaraspossiblewhatistocomewiththepredictionsand[alhablardecómosevenloseventosdelclimaextremodesdeelespacio[(https://wwwxatakacom/espacio/supertifones-olas-calor-extremas-devastadores-incendios-asi-se-ve-espacio-clima-extremo-que-sufre-tierra)laideaconestasmisionesescontribuiraanticiparenlamedidadeloposibleloqueestáporllegarconlasprediccionesythat these are more and more exact.

Companies from different countries and continents have participated in this mission, from Airbus for construction to European and American space agencies, in addition to the NOAA (National Oceanic and Atmospheric Administration). In about five years, by 2025 the EU expects be able to launch a twin from Sentinel 6Hence, this first satellite is known as Sentinel 6A and the next is Sentinel 6B.

Lady Di in Argentina: 25 years after her visit to the country they reveal new secrets of their stay