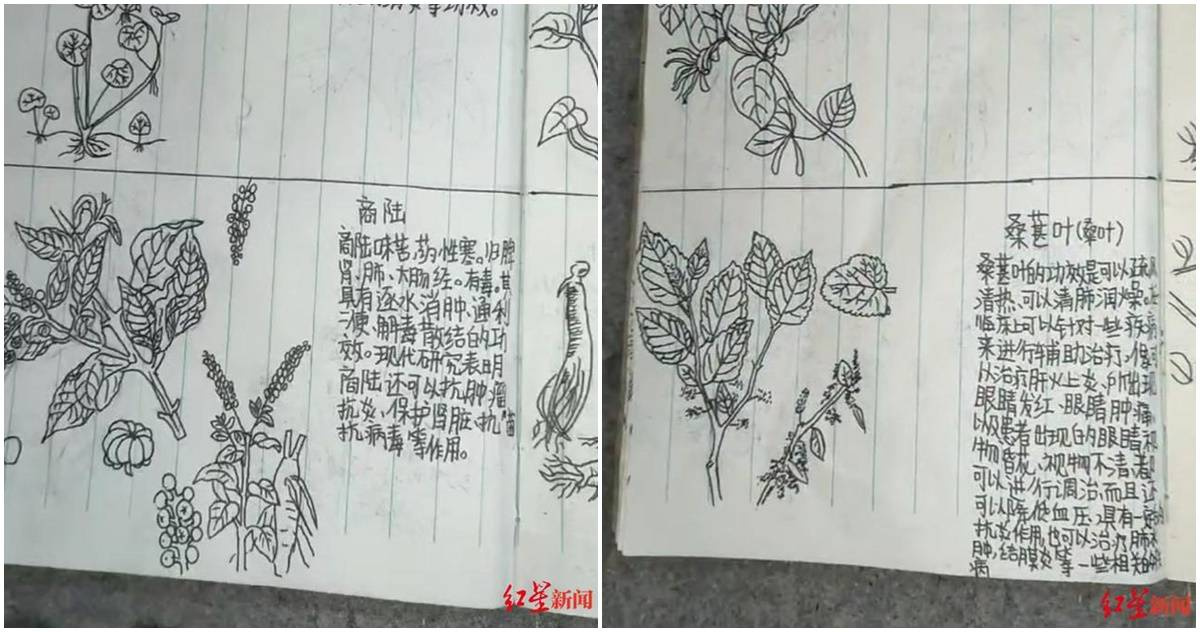 In order to find out why his son failed in the exam, a father surnamed Wang in mainland China was surprised to see a hand-painted picture of traditional Chinese medicine after flipping through his schoolbag. However, Wang’s father admitted frankly that he still hopes that his son will focus on his studies.

According to the “Red Star News” reported by Lu media, a father surnamed Wang from Luzhou City, Sichuan Province said that he read the final grades of his son who was studying in Guoyi a few days ago and found that except for English A+ and Chinese B+, all other subjects were C+, in order to clarify The reason for my son’s poor grades was that he flipped through his schoolbag and accidentally found a small book with hand-painted Chinese herbal medicines and the efficacy of Chinese herbal medicines written next to it.

He asked his son to find out that it turned out that his mother-in-law told him all this knowledge. After listening to his son, he found it very interesting, so he searched the Internet for other Chinese herbal medicines and drew them all. After the hand-painted drawings were exposed, many netizens praised “Modern Version of Cao Gangmu”, “Traditional Chinese medicine practitioners in the future, cultivate them well”, “It is very neat, and the future is unlimited.”

For the praise from netizens, his father surnamed Wang sighed, “Thank you for the compliments on your son, but to be honest, seeing his son’s picture album is a mixed blessing.” He revealed that he also had a certain talent in painting since he was a child, but his later work was only reluctant. To make a living, sometimes I keep thinking, if I read more books back then, my life will be more different.

Wang’s father believed that without knowledge, he could only solve the problem of food and clothing by working part-time. No matter what job he was doing, he had to learn more knowledge before he could strengthen himself, so he always encouraged his son to learn lessons first. He bluntly said, “My son likes this aspect, so let him do it naturally. As for whether he will engage in this industry in the future, it depends on his future development. Now the focus is to urge him to study hard.”