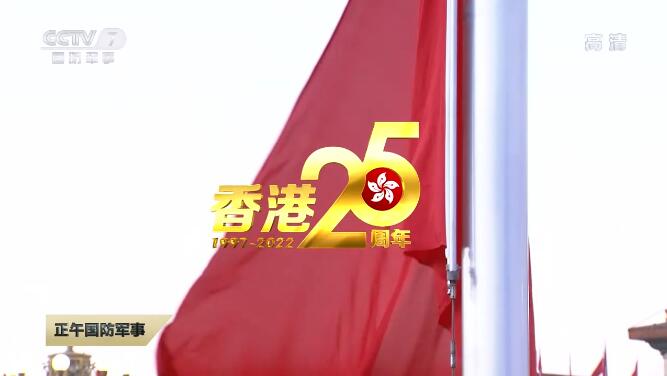 CCTV news: If you go to Hong Kong and want to try a cup of authentic Hong Kong-style milk tea, open the recommendation website and you will see that the No. 1 tea restaurant is Yinlong Coffee Tea House, and all the scores are 5.0. Its location is Liyumen, which is famous for seafood, and the dishes are only standard in tea restaurants: smooth milk tea, mango pudding, west toast, etc. So why is this small shop ranking first? There are thousands of reviews. In addition to those who praise the taste, there are more voices like this: “A tea restaurant for 1.4 billion people!” Others said: “I want to come here in 2019, I must support this shop!” The owner of the small shop is called Li Kaihu. In 2019, Li Kaihu publicly spoke out to “support the police”. However, this was not an easy task in Hong Kong at the time. What followed was intimidation and abuse from the thugs, and the son’s incomprehension. But what is gratifying is that support has been exchanged for more support. The Hong Kong police have come, more Hong Kong citizens have come, and tourists from all over the motherland have also come. Let’s listen to the story of “home” by Li Kaihu, the proprietress of the “1.4 Billion Tea Restaurant”.

Headquarter reporter Zhuang Shengchun: (You) do you still remember when it was first said to be a “1.4 billion people’s tea restaurant”? Where did you first see this statement?

Li Kaihu, the proprietress of Hong Kong Silver Dragon Cafe: It is here, (comes) a boy from Shenzhen, he is in his 20s, and he cried. He took this fan to me, and as soon as he unfolded it, he said, you are not alone, you are a “tea restaurant with 1.4 billion people”, and all of us, 1.4 billion people, support you. When I saw it (feeling) it was exaggerated, but I said in my heart that we (over the head) are the same sky, and it turns out that we are really together. (Distance) is very far, Beijing, Hunan, Hebei, really (from) far, very far (place), but they will really come over and tell me that we support you. (I am) very happy in my heart, and I am very grateful to them.

Headquarters reporter Zhuang Shengchun: (You) was actually quite lonely before that.

Li Kaihu, the proprietress of Hong Kong Silver Dragon Cafe: Yes, at that time, I stood up to support the Hong Kong police, and the guests who supported me gently told me, “I’m sorry, I support you very much in my heart, but I’m really afraid, so I can’t coming.

Due to the retaliation for “supporting the police”, the store was once deserted and became a “one-person tea restaurant”. Later, what made Li Kaihu feel even more lonely was his son’s incomprehension.

At the same time, Li Kaihu also began to reflect on his education methods, and decided to let his son share the burden of supporting the family and pay living expenses on a regular basis.

Head Office reporter Zhuang Shengchun: But at that time, because of this (black violence), he couldn’t make any money working (in a mobile phone repair shop).

Li Kaihu, the proprietress of Hong Kong Silver Dragon Cafe: Yes, one day he didn’t go to work and was at home with a dark face. I said, why didn’t you go to work? He said, needless to say, (those people) have all marched out, which is really troublesome. He was burdened and changed.

Someone once persuaded Li Kaihu not to stand so high in the matter of “supporting the police” and fighting violence, but she said, I did not stand in the front or the back, I just stood by my conscience. On June 30, 2020, the National Security Law for Hong Kong officially came into effect, and everyone’s life gradually returned to calm. Last year, Li Kaihu’s son got married. At the wedding, he said to Li Kaihu, “Mom, I will always love you.” Li Kaihu knew that his home was back.

Li Kaihu, the proprietress of Hong Kong Silver Dragon Cafe: On the wedding day, he stood on the stage and said, I may not share with my mother when I am happy, but when I encounter difficulties, my mother will always stand in front of me. So, let me tell you, Mom, I will always love you. I cried after hearing that, very happy.

Headquarters reporter Zhuang Shengchun: Did you say anything on the day your son got married?

Li Kaihu, the proprietress of Hong Kong Silver Dragon Cafe: Melted, cried, but couldn’t say anything. But I was thinking, I waited, I finally waited. Many people say, why has your son figured it out now? It’s not that he figured it out, but after the National Security Law for Hong Kong, I believe young people (can) see it clearly.

With the implementation of the national security law in Hong Kong, more and more customers in Hong Kong are returning to small stores. Before the July 1st this year, Li Kaihu hung a large national flag in the restaurant as usual. In addition, she also has a wish – to go to Beijing.

Li Kaihu, the proprietress of Hong Kong Silver Dragon Cafe: They said that Tiananmen Square is very big, I want to see the flag raising, I will not go quietly, I want to tell everyone, thank you.

Al-Soma surprises Al-Ahly with a historic decision after landing.. The response is unexpected