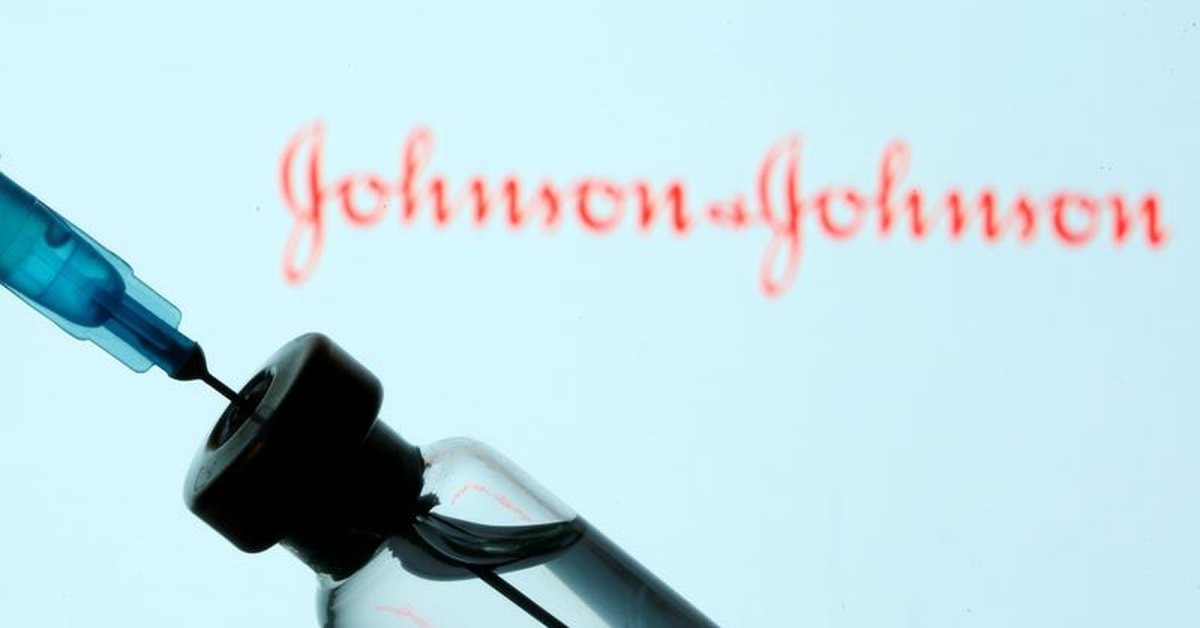 The United States Food and Drug Administration (FDA) through a group of independent experts recommended this Friday the emergency approval of the Johnson & Johnson COVID-19 Vaccine. If the body adopts the recommendation, It will be the third vaccine to be distributed in the country most affected by the coronavirus in the world. Its distinctive characteristics and comparative advantages are summarized in that it requires a single dose and can be stored in a common refrigerator..

It is a definitive step that will allow this Saturday to begin to be included in the North American vaccination campaign, along with that of Pfizer / BioNtech y Moderna / NIH.

Called Ad26.COV2.S, it is administered in a single muscle dose. In turn, it can be stored for up to two years with a freezing system at -20 ° C and up to three months refrigerated in freezers at 2-8 ° C.

This is a distinct advantage since Pfizer and Moderna require two doses. Also, due to the fact that it can be stored at normal fridge temperatures rather than freezers, facilitates the logistics of distribution and storage, in contrast to its two competitors that require ultra-cold freezers.

Inoculant is about 66% effective in preventing moderate to severe COVID-19. The regulatory agency claimed that the J&J injection – which could help speed up vaccinations by requiring only one dose instead of two – it is safe to use.

Earlier this month, Johnson & Johnson said data from clinical trials, conducted globally in which almost 44,000 people participated, indicate that your COVID-19 vaccine has a 66% overall effectiveness in immunizing against disease; 72% in tests carried out in the United States; 61% in Latin America and 64% in South Africa, where a more resistant variant has spread. 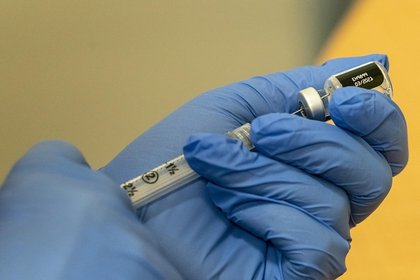 Although these numbers would not be as high as those of its competitors, all the world’s COVID-19 vaccines have been tested differently, which makes comparisons almost impossible. While it would not be surprising if one dose turns out to be slightly weaker than two, policy makers will decide whether it is an acceptable trade-off to get more people vaccinated more quickly.

See Also:  In Switzerland, they highlight the Czech world champion: In this difficult time, he showed great solidarity

3-Investigations around the globe

Clinical trials of this new vaccine have shown that it prevents 86% of severe cases in the United States and 82% in Latin America, which in practice would mean that it is highly effective in preventing hospitalizations and deaths from the SARS-CoV-2 virus. The fact that this vaccine is designed to be administered in a single injection, unlike those of Pfizer and Moderna, which require two doses, makes it one of the most anticipated, since it would accelerate the vaccination campaign.

A decade ago, researchers at the Beth Israel Deaconess Medical Center in Boston, United States, developed a method for making vaccines from a virus called Adenovirus 26, or Ad26 for short. The Johnson & Johnson company developed vaccines for Ebola and other diseases with Ad26 and now has the recommendation for brand-new approval – limited by the global health emergency context – for its inoculant against coronavirus. Last March they received 456 million dollars from the United States government to support their progress towards production. After the vaccine provided protection in monkey experiments, Johnson & Johnson began Phase I / II trials in July. Unlike other leading vaccines in clinical trials, the company used one dose, not two. 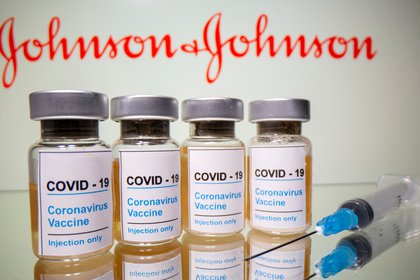 Johnson & Johnson launched a Phase III trial in September, which they stopped on October 12 to investigate an adverse reaction in a volunteer. The trial resumed eleven days later. Although Johnson & Johnson initially set out to recruit 60,000 volunteers, it limited the trial to 45,000 in December as cases mounted.

On January 29, Johnson & Johnson announced that the trial had shown the vaccine to be safe and effective. On February 24, the FDA released its own analysis of the trial, concluding that the vaccine was 72 percent effective in the United States, 64 percent in South Africa, and 61 percent in Latin America. The next day, Bahrain became the first country to authorize the vaccine for emergency use.

South Africa abandoned its plans to use the AstraZeneca vaccine for its healthcare workers after a small test did not show it to be effective against the B.1.351 variant that had become dominant throughout the country. They started using Johnson & Johnson instead.

In August, the United States federal government agreed to pay Johnson & Johnson $ 1 billion for 100 million doses if the vaccine is approved, but the company may not meet expectations for its initial delivery. The European Union reached a similar deal on October 8 for 200 million doses, and COVAX, an international collaboration to deliver the vaccine equitably around the world, secured 500 million doses. The company aims for the production of 1 billion doses in 2021. 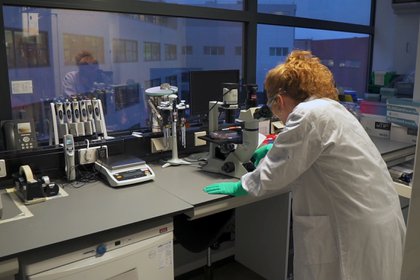 On November 16, Johnson & Johnson announced that they were also launching a second Phase III trial to look at the effects of two doses of their vaccine, rather than just one. Results are expected in the spring. In February, the company also launched a test for pregnant women.

it could begin to be distributed immediately throughout the country in the hundreds of vaccination centers that have already begun to inoculate the older population and other risk groups. “If an EUA is issued, we anticipate the allocation of three to four million doses of the Johnson & Johnson vaccine next week.”Said the White House coronavirus response coordinator, Jeff Zients. 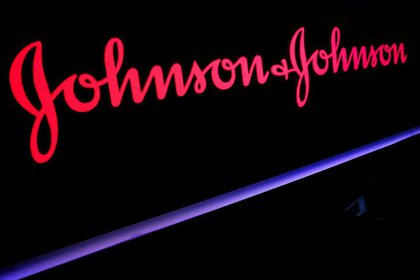 In August 2020, the United States federal government agreed to pay Johnson & Johnson $ 1 billion for 100 million doses if the vaccine is approved (Brendan McDermid)

In the framework of the “ENSEMBLE” study, in November 2020 volunteers over 18 years of age began to be vaccinated in Argentina who received the only dose that constitutes this candidate vaccine in the Swiss Medical Centers equipped for this purpose.. Being a multicenter trial, other institutions applied the dose as well.

Consulted by Infobae, the doctor Gabriel Novick -who was former Vice Minister of Health of the City of Buenos Aires during the H1N1 flu pandemic in 2009-, specified regarding the new vaccine: “In particular, this Johnson & Johnson vaccine facilitates adherence, anything in one dose facilitates adherence.. It also has the advantage that it does not require freezing or freezing for transport and storage, which would also facilitate the insemination and distribution of the vaccine at the public health level. They are two interesting attributes of this particular candidate ”.

On the particular characteristics of the Johnson & Johnson-Janssen vaccine, the doctor Paula Barreyro, director of scientific and external affairs of Janssen Latin America South explained to Infobae: “Technically our vaccine is called a viral vector. This means that we use a non-replicating adenovirus that will not generate infection or disease in the organism to which it is inoculated.”. 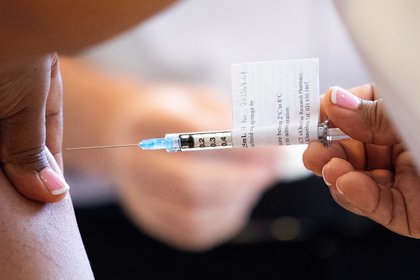 He added: “The technologies on which the COVID-19 vaccine is being investigated are called AdVac and PER.C6. These provide not only the ability to rapidly develop new vaccine options; but also to increase the scale of production of the optimal candidate vaccine. The same technology was used by the company to develop the vaccine for Ebola, Zika virus, respiratory syncytial virus, and human immunodeficiency virus (HIV).; which are in Phases II and III of clinical development ”.

In the case of the vaccine against the new coronavirus, it is used as the vector that will transfer a “bit” of the coronavirus to the body and then generate the autoimmune response ”.