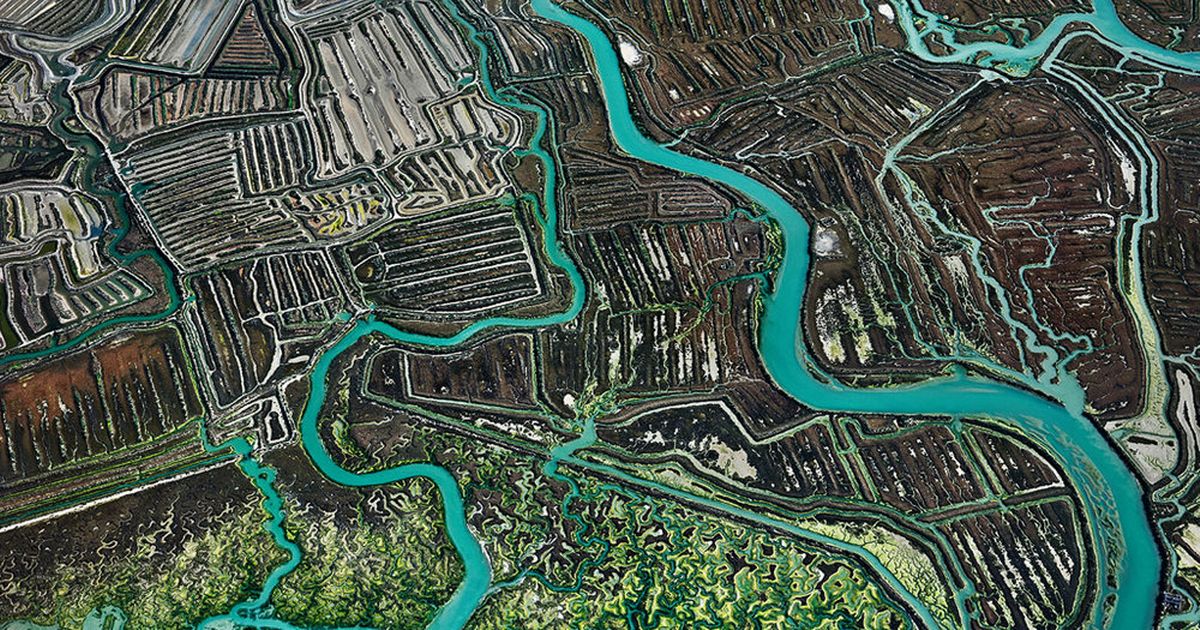 Canadian photographer Edward Burtynsky has been documenting human intrusion into the ecological balance for almost thirty years through aerial shots. The Museum of Fine Arts in Le Locle (NE) presents his photos until February 26, 2023.

With his images, Edward Burtynsky highlights the inevitable consequences of the depletion of natural resources all over the world. From Mexico via India, China, the United States and Iceland, we travel with him in particular the multiple uses that man has with water. To control the flow of the precious liquid in order to meet their needs, human beings impose lasting modifications on the landscape.

The powerful beauty of the photographs, which nevertheless speak of destruction, is disturbing. We can admire images of the dry estuaries of American rivers leaving behind them abstract patterns in superb colors. Or the water of the rivers of Ontario tinged with a vibrant red, the sands of Alaska saturated with oil with wonderfully iridescent shades, the forests devastated by the enriched uranium industry. Behind this apparent beauty, however, you have to know how to decipher the images.

The first chapter of the exhibition currently being held at the Musée des Beaux-Arts in Le Locle, which has eight, is dedicated to the Gulf of Mexico. Edward Burtynsky is indeed the only photographer to have documented the tragedy of the “Deepwater Horizon” oil platform, which exploded in 2010 and caused a huge oil spill, explains Federica Chiocchetti, director of the Museum. “The incredible contrasts between this growing black patch and the original color of the sea are aesthetically very powerful, almost sensual even. But afterwards, the story this image tells is tragic. The images of this oil spill in the Gulf of Mexico are documentary evidence of the most severe environmental disaster in American history.”

The landscape modeled in depth

“From the moment the water cannot take its own path to flow into the sea or be absorbed by the ground, we modify the landscape, continues Federica Chiocchetti. And it is this modification that is frightening, because it it’s really an attack from which no one is going to come out a winner.The exhibition talks about planetary issues, but if we decipher and deconstruct the discourses and images, we arrive at our everyday life. And to reflect on how everyone can, in their daily lives, take a little more care of the planet.”

Around the exhibition dedicated to Edward Burtynsky, the Le Loclois museum hosts several other proposals that resonate with these ecological concerns. Like, for example, the video work by Chilean artist Ignacio Acosta, “Inverting the Monolith”, which reveals the important role of local activist communities in the fight against the exploitation of Chile’s underground mineral resources.

“Edward Burtynsky, Troubled Waters”, at the Museum of Fine Arts in Le Locle, until February 26, 2023.

AirPods on Black Friday 2022: These offers are still valid