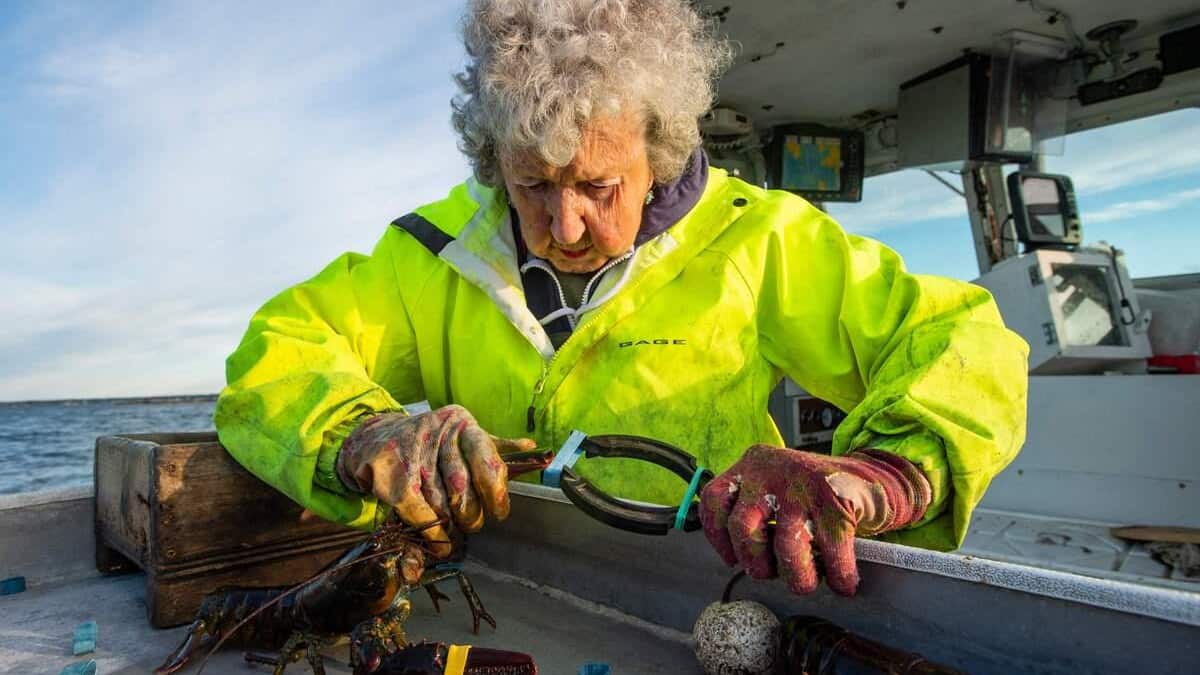 101-year-old American Virginia Oliver has been fishing for lobster off the coast of Maine in the northeast of the country for more than nine decades, and she does not seem determined to retire.

The 100-year-old is the oldest professional lobster fisherman in Maine, if not around the world, according to local historians.

Three days a week, Virginia Oliver sets sail with her 78-year-old son Max, who helps her operate the boat her late husband named in her honor.

Her friends nickname her Ginny, and the others the “Lobster Lady”. She has always lived in Rockland, a small town in Maine, and still lives on the street where she was born.

“Ginny is awesome,” says David Cousens, former president of the Maine Lobster Fishermen’s Association, a profession he does himself.

“As far back as I can remember, Ginny has always fished, obviously,” he says.

The duo have several hundred traps, and work as a team to harvest the precious crustaceans. Max hoists the traps on the boat, while Ginny measures the lobsters and rings them.

Dressed in her fishing gear, boots and rubber gloves, the energetic 100-year-old inspects the lobsters one by one to make sure they meet the regulatory size, set up to protect the species’ reproduction and at the same time the resources of the region.

She even sometimes occupies the role of captain of the boat, but avoids taking the helm when there is too much fog.

“She never stops,” Max assures us.

“She’s always moving, always busy. Sometimes it tires me just thinking about it, ”he explains.

At the end of the day, the lobsters are brought to a cooperative, which allows the two fishermen to get a better price.

It is not tomorrow that the “lady with lobsters” will swap her boat and her shellfish for a peaceful retired life: she says she has not planned to stop her activity.