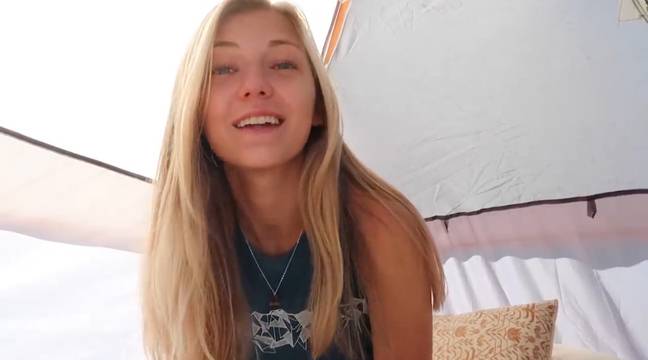 We now know a little more about the death of Gabby Petito. On Tuesday, the Teton County, Wyoming medical examiner presented the findings of the autopsy, which had already called the death “homicide” in late September. According to Brent Blue, the 22-year-old traveler was killed “by strangulation”.

In his written report, that 20 Minutes was able to consult, he specifies that it is a “manual strangulation”, which is a strangulation carried out with the hands, and not a rope or other object. The lawyer also denied a far-fetched theory put forward by Internet users who play the budding detectives: the young woman was not pregnant.

🔴Breaking: Gabby Petito died by “strangulation”, it is about a “homicide”, announces the forensic scientist of Teton county, Brent Blue #GabbyPetito pic.twitter.com/QGELJIk60r

According to forensic analyzes, the remains of Gabby Petito, discovered on September 19, remained in the wild, near a campsite in Wyoming, for “three to four weeks”. She was therefore killed at the end of August. Considered a “person of interest” but not officially described as a suspect for the moment, her fiancé, Brian Laundrie, who has been missing for a month, is still wanted by the authorities.

Gabby Petito and her fiancé Brian Laundrie crisscrossed the United States all summer in a converted van, documenting their trip on Instagram and YouTube under the hashtag #vanlife. But after Brian Laundrie returned alone at the wheel of the couple’s van on September 1, the girl’s parents reported her missing to authorities. Her fiancé, who is walled in silence, has not been seen since September 13. The young woman’s body was discovered on September 19 in a Wyoming national park (see timeline in box).

An arrest warrant was issued against Brian Laundrie by the American justice at the end of September, but not directly in connection with the death of Gabby Petito: her fiancé was indicted for bank fraud, for having used the credit card of the young woman after his death.