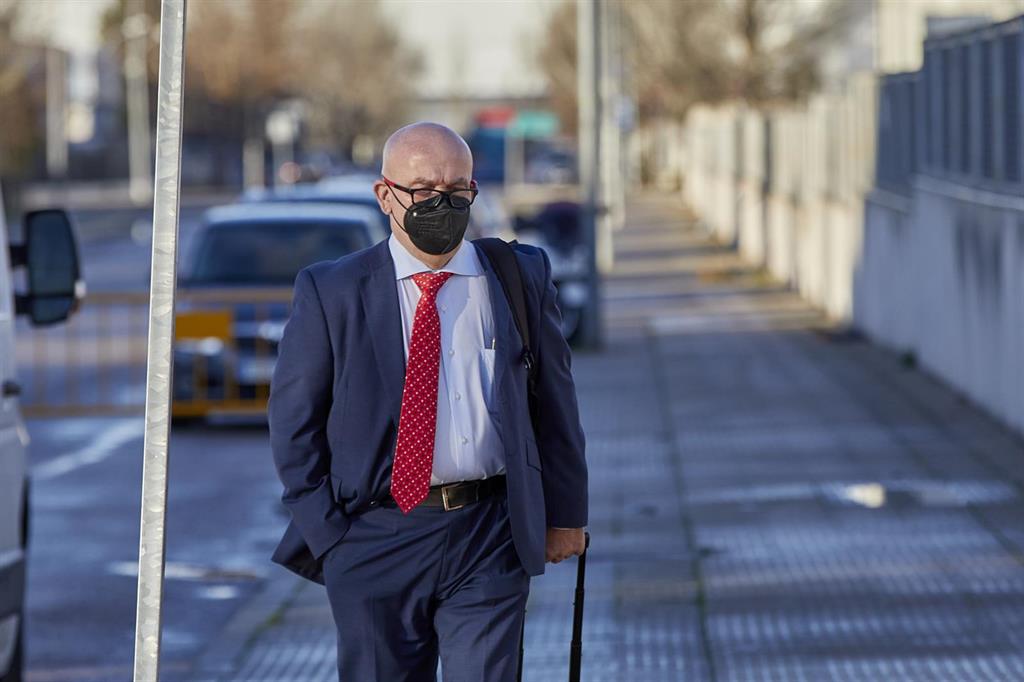 The judge implicates Boye in a plot to recover some 890,000 euros seized at the Barajas airport

The Criminal Chamber of the National Court (AN) has ratified this Monday the prosecution of lawyer Gonzalo Boye for an alleged crime of money laundering with which he would have favored the organization of the Galician drug trafficker José Ramón Prado Bugallo, known as’ Sito Miñanco ‘.

The head of the Court of Instruction Number 3 of the National Court, María Tardón, prosecuted Boye last December for his alleged participation in the operation to recover 889,620 euros that the Police had seized from members of the ‘Sito Miñanco’ organization at the Barajas airport.

These ‘human couriers’, who were carrying the money hidden in a suitcase to move it to Colombia, were arrested in February 2017 at the Madrid airfield. Then, according to the magistrate’s account, the ‘narcos’ contacted Boye and another lawyer, Jesús Morán Castro, to draw up documents that would justify the legal origin of the money.

Boye and two other lawyers are being processed for their alleged involvement in the preparation of documents and contracts for the sale of bills of exchange to recover the money seized by the Police.

In addition, there are 45 other natural persons and another 5 legal entities prosecuted in this case where, in addition to this money laundering plot, two operations are being investigated with which the organization of ‘Sito Miñanco’ intended to introduce almost four tons of cocaine into Spain .

Boye, who accuses Tardón of partiality, appealed his prosecution arguing that the only evidence against him are two statements by people who claim that they lied, which, in his opinion, would dismantle the theory that the money seized belonged to ‘Sito Miñanco’ and that he was in the meeting with the lawyers where the plan was made. Therefore, he argued, his intervention in this business would have been a “neutral act.”

However, the Criminal Chamber has rejected Boye’s appeal, recalling that at this procedural moment the guilt or innocence of the defendant is not assessed, but rather if there are sufficient evidence to place him on the defendant’s bench.

“So that we are still in the investigation phase and that, where appropriate, the indictment, as a delimitation of the procedural object, does not start or prevent a subsequent dismissal, since it must be remembered that the opening or not of the oral trial is reserved for the trial court, “he said.

The magistrates have understood that the evidence against Boye is not deduced only from these two statements, but from the investigation as a whole, including the surveillance, the follow-ups and the contacts between the defendants, from all of which can be inferred – they affirm– the involvement of the lawyer in this matter.

Specifically, the UDEF reports that reconstruct the mercantile life of the bills of exchange issued as collateral for mortgage loans and how “they were used by the criminal network to facilitate the activities aimed at the recovery of the money intervened in Barajas following the instructions from Prado Bugallo, allegedly transmitted by García Arango and directed by the appellant. “

However, they believe that there are sufficient indications that lead to think that Boye collaborated in “the manipulation of some contracts of sale and issuance of bills worth 889,620 euros” without “real content” with the sole purpose of recovering the money intervened in Barajas .