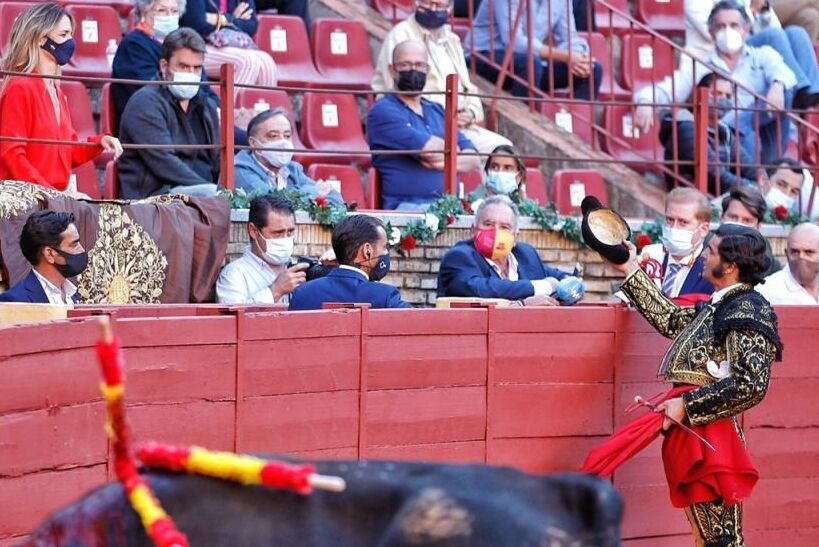 The meeting will be telematic and will take place on June 15. The last time the CATA was convened was for its constitution

The Andalusian Bullfighting Affairs Council has been convened two years after its last call. The bullfighting body of the Junta de Andaluca had not been called again since the day it was constituted by the hand of the counselor Elas Bendodo in May 2019.

“In accordance with the provisions of article 7 of Decree 183/1998, of September 16, on the creation and functioning of the Andalusian Bullfighting Affairs Council, and in article 4 of the Order of April 21, 1999, by the that the Internal Operating Regulations of the same are approved, the Counselor of the Presidency, Public Administration and Interior, in his capacity as President of the Council of Bullfighting Affairs of Andalusia, summons him to the ordinary session of the Plenary which will take place on June 15, at 5:30 p.m.“can be read in the document sent to the members of the Council.

The order of the day consists of five points. “Reading and approval, if applicable, of the Minutes of the previous session; presentation of statistics of bullfighting shows 2020. General balance; report on normative production in the matter of Bullfighting Shows. Report to the preliminary draft of the Decree by which the new Regulation is approved of Bullfighting Schools; presentation of the Comprehensive Plan for the Promotion of the Toro Bravo; requests and questions “.

According to decree 183/1998, of September 16, “the CATA” will be composed of a president (head of the Minister of the Interior and Justice), a vice-president (head of the General Directorate of Public Shows, Gambling and Recreational Activities) and up to 33 vowels distributed between politicians (four parliamentarians), representatives of the councilors involved in the celebration of the festivities or members of the bullfighting sector, as well as journalists or fans.