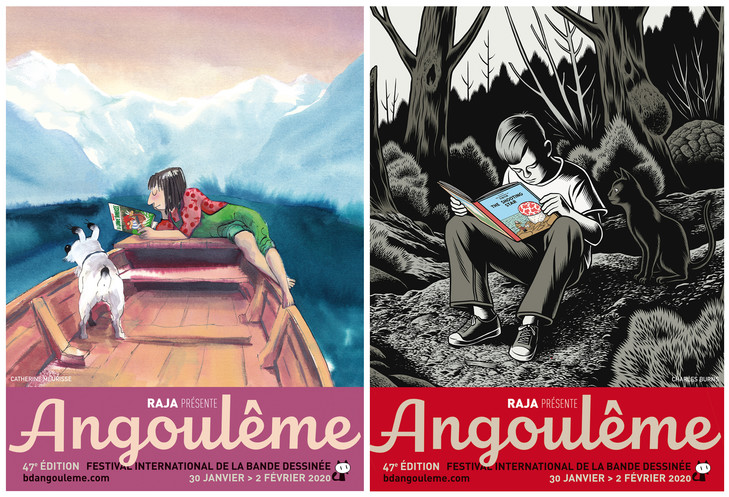 " A year of comics, I would never have imagined it when I was a child. It was necessary to hide a little to read comics "Breathed Franck Bondoux, general delegate of the Angoulême Festival, at the turn of his presentation of the 47th edition of this international meeting devoted to comics.

From January 30 to February 2, 2020, the festival will be the first event of "the year of comics", which the Ministry of Culture has decreed for 2020. " This is the advent of the institutional recognition of comics", Proud Franck Bondoux.

More lyrical, Stéphane Beaujean, artistic director, wonders if it is not appropriate to celebrate the century of the 9th art, the image being the verb of the 21st century and the BD, the "old medium" most relevant to accompany the civilization digital.

More prosaically, the organizers announced Thursday, November 21 that would be offered to the French to take a break in the day of Friday, January 30, 2020 to read the comics of their choice. "BD, the big date" will be sponsored by France Inter and France Télévisions.

As for the menu of this 2020 edition, it will be more than invigorating, with no less than fourteen exhibitions. Y will be honored Catherine Meurisse, great author whose The cross the hebdo publishes excerpts from his new comic, Funny women, Yoshiharu Tsuge, lead author of the modern manga, Nicole Claveloux, former Okapi designer (Bayard publication, editor of The crossand ofScreaming metal), or on Pierre Christin, scriptwriter of Bilal and co-creator of Valerian.

In terms of novelties, two new awards were created, the boldness that rewards an album with an innovative graphic style and that of a young adult prize to highlight the renewal of books for children over thirteen .

The six prizes, including the Fauve d'Or, will be awarded on February 1, 2020 by a jury of seven, presided over this year by the author Marion Montaigne (You will die less stupid,In the combi of Thomas Pesquet…).

In the selection of 72 albums, 43 of which compete for the Fauve d'Or (the list is on the festival site), the major publishers are preponderant, because of the presence of many albums published as part of series.