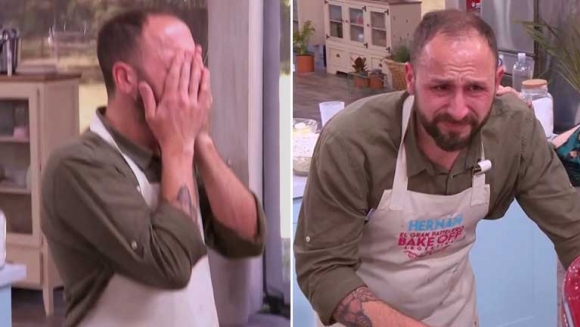 Bake Off Argentina He had his first elimination gala this Sunday and despite the fact that he arrived with the best forecasts, Hernan Canalini (35) showed an unknown facet of your personality. The participant was immobilized when a plate broke and manifested some symptoms similar to those of a panic attack.

“My plate broke,” said the participant from La Plata when he opened the lid of his oven, and then burst into tears. “I feel sick. I lack air ”, he managed to affirm while María Belén fanned him. The participant left the tent, but then returned and then Dolli irigoyen she helped him arrange his eight-inch cake on another plate.

“Dolli came, and I am at that moment in which I begin to recover and then I go forward,” said the participant in an editing cut, before taking his preparation before the jury. “Here’s my cake and I love how it turned out,” Hernán said before The Bake Off Argentina jury will approve your dessert.