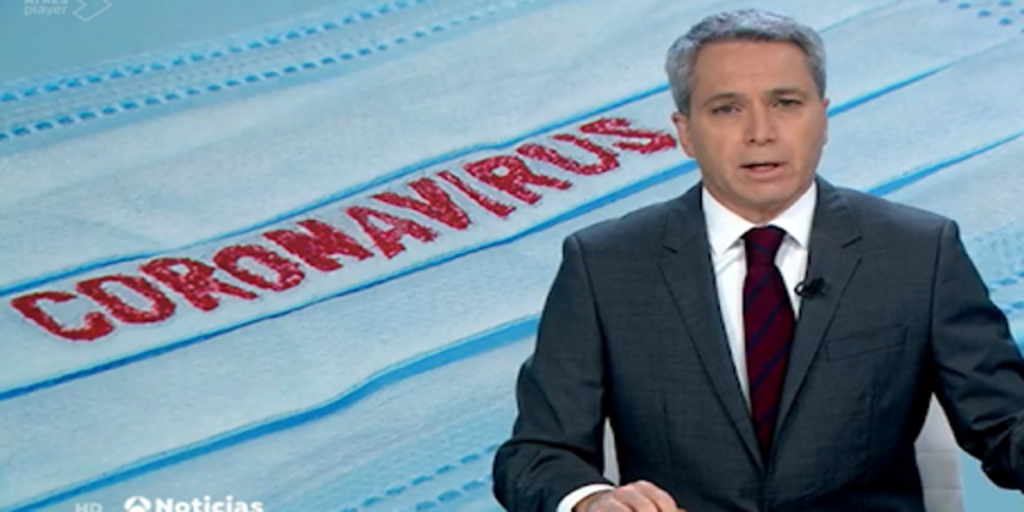 The journalist Vicente Vallés became a trending topic last night —a prominent topic— on Twitter when talking about the number of fatalities of the coronavirus provided hours earlier by Fernando Simón, who announced the first day without deaths in Spain. Despite the positive data, the presenter of the Atresmedia news program stated that Madrid, Catalonia, Castilla León and Castilla la Mancha totaled 29 people.

After giving way to a video in which Fernando Simón explained how the Executive accounted for the data provided by the communities, Vallés launched a veiled criticism of the Government that was applauded by the tweeting community: “We will see if they correct the figures again or if they keep them ”, he affirmed with a certain air of disbelief. “This is the information provided by the Government, the reality seems to be a different one.” Here you can see the video:

The Government compiles the number of deaths from the pandemic based on the # information provided by the CCAA. Nobody knows the real figures yet, but Vicente Vallés takes the opportunity to pummel him because, in Spain, people only die of coronavirus pic.twitter.com/IhjFReJxDv

The journalist, who throughout this pandemic has been one of the most applauded by the audience due to his critical spirit with many reports, earned on Twitter as “masterful” and “brave”.

The Antena 3 news programs, presented by Vicente Vallés and Mónica Carrillo, led the month of May in the average of the two news editions from Monday to Sunday (2,376,000 viewers and 16.2% average screen share) although, Of course, at a short distance from Telecinco (2,347,000 and 16.1%). .