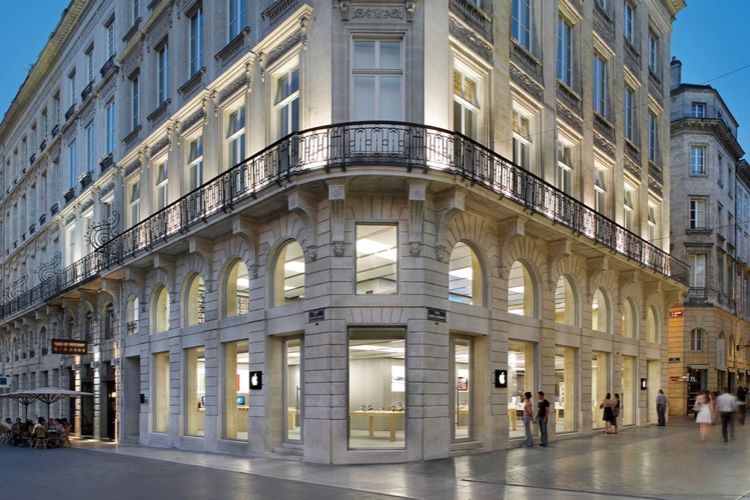 The Apple Store of Sainte-Catherine in Bordeaux should soon operate at a particular pace and it will not be for reasons of health crisis. We have had several reports that this downtown store will benefit from an overhaul of its interior decoration to align it with the current standards of more recent Apple Stores.

This boutique, located on two levels in a beautiful dressed stone building, had been inaugurated May 14, 2011. This blow of costs would therefore coincide more or less – chance or not – with its 10th anniversary, since operations should stretch over about 4 months, or even a little less.

The shop would not close however, the work would be carried out outside opening hours on the one hand and on a fraction of the day on the other hand. The commercial activity and after-sales service would therefore take place over half-days.

We have not had information on other sites possibly planned over 2021 – some stores in France are much older than others – but apparently the shops in town have priority over those in shopping centers.