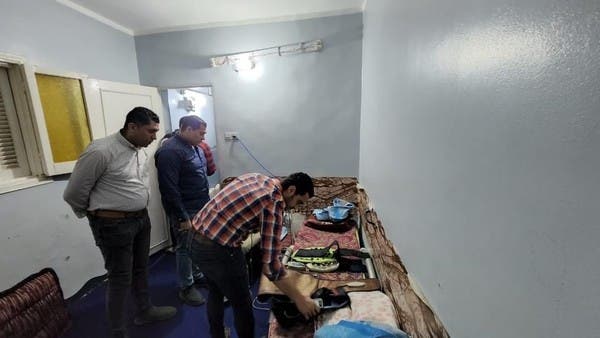 A strange phenomenon has appeared in Egypt recently, represented by people impersonating sensitive medical specialties that they have nothing to do with them, either from near or from afar. Yesterday, Sunday, the Egyptian authorities arrested a person who impersonated a physiotherapist.

The Egyptian authorities announced the arrest Fake Physiotherapist He runs an unlicensed center for movement rehabilitation and physiotherapy in Ibshaway, Fayoum Governorate.

The authorities indicated that the young man is not a member of the union and does not hold a bachelor’s degree in physical therapy.

She also stated that by examining his data, it was found that he was a taxi driver and holds an industrial diploma, adding that he claims to specialize in cupping therapy, chiropractic and complementary medicine.

A few months ago, the Egyptian authorities arrested two fake doctors who run two physiotherapy centers without a license in Sharkia Governorate, in the north of the country.

Subsequently, the Egyptian authorities decided to imprison the owner of a physiotherapy center who called himself “a human plumber” for 15 days pending investigation on charges of forging his personal identity and practicing the profession of physiotherapy without a license.

Burgers grow “2 legs”! Daughter ate half of it and cried on the spot, covered in mayonnaise | International | Sanli News Network SETN.COM

Mariachi surprises when interpreting “The Four Seasons” by Vivaldi