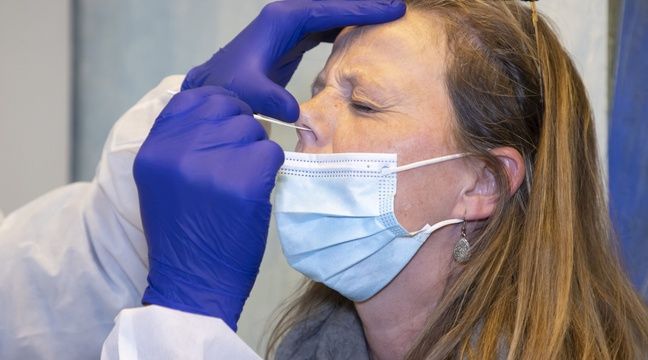 As everywhere in France, “things are better” in Nouvelle-Aquitaine according to the prefect Fabienne Buccio. Hélène Junqua, Deputy Director General of
the regional health agency, is even optimistic about the evolution of the Covid-19 epidemic: “The situation is improving favorably and rapidly. There is really a significant drop in the incidence rate especially in recent days. We went down to 87 per 100,000 inhabitants in the region. In Bordeaux, we are at 103. “

The positivity rate is also decreasing as the number of people in intensive care. On the other hand, the ARS specifies that the number of daily deaths remains important for the moment.

Not an instruction but a recommendation

Despite this improvement, Helene Junqua calls on the population “to maintain guard” because it is worried about the arrival “of a new cold wave which could weaken certain populations”. She also recalls that “the region did not experience the first wave and that collective immunity is very low among us, less than 5%. “

A few weeks before Christmas, the ARS “does not want to give instructions”, but “recommends that the population be tested just before the end of the year holidays, especially if we see people at risk during this period. The Gironde prefecture specifies that there will be no flow problems in the laboratories and that there are now antigenic tests.

Regarding, the reopening of shops this Saturday, November 28 on the occasion of the first phase of deconfinement. Fabienne Buccio affirms “that there will be strict controls to see if the large surfaces well respect the gauge of a customer for 8 m². This only concerns those who have a building of more than 400m². “

“We have good cooperation with the traders. I have confidence in the seriousness of the professionals. However, trust does not exclude control. Our objective is that the citizen can do his shopping without taking any risk. There will be fines if necessary.”

The prefect adds that they are committed to “counting at the entrance of stores and to monitor the flow of customers on the shelves.” “