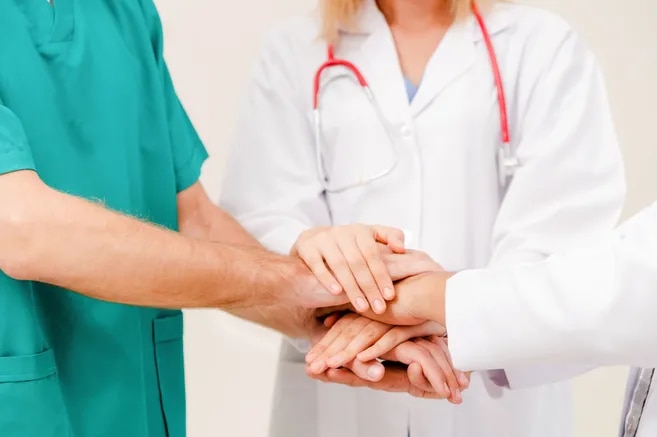 The sum of efforts between the different actors that are part of the health system has been fundamental to face Covid 19.

In recent months, the health system in Colombia had to adapt to respond to the challenges that the health emergency brought with it. As never before, the capacities of the EPS and the hospital centers were pushed to the limit and it became necessary, among other things, the articulation and sum of efforts between the different actors that are part of the system.

In the midst of this panorama, Compensar, an entity committed for more than 41 years to the integral well-being of Colombians, continues to ratify its philosophy of working in articulated networks to expand the impact of its management on health, thus guaranteeing the best results to its affiliates.

“The sector understood that we would only do well in the midst of the contingency if we were united or articulated with the territory, in this case, Bogotá, and all the health actors in the city,” says Mauricio Serra, executive manager of Compensate EPS.

Evidence of this is how, from the moment the health emergency began in Colombia, and with the help of other Health Providers and various National and District agencies, Compensar has been developing different strategies to contain the pandemic and strengthen the ability to detect and control the virus.

Among the actions, its participation in the tripartite agreement for Home Medical Care – AMED, coordinated between the Ministry of Health and the EPS, for the follow-up of people with confirmation of the virus, as well as their contacts and suspected cases, stands out.

In this regard, Andrés Barragán, director of the Compensar health unit, affirms that “this agreement has made it possible to provide, since the beginning of the pandemic, about 125,000 home consultations, 296,000 teleconsults and more than 215,000 samples taken for Covid processing. -19 “. All symptomatic patients belonging to Compensar EPS were reported and permanent technical work tables were generated. The care, which was initially home care and later developed through telemedicine and teleorientation, was carried out regardless of the affiliation of the people, she added.

Similarly, the result of an agreement of wills, in the most critical moments of the health emergency, it was possible to optimize the administration of intensive care units in Bogotá, which once again accounts for the impact of collective work.

In addition to facing the challenge of the Coronavirus, in recent months Compensar Salud has directed its efforts to continue responding to all the other needs of its affiliated population. Thus, between March and September, it has treated more than 900 thousand patients and carried out nearly 6 million activities, from medical consultations to admission to Intensive Care Units. “In recent months we have attended, for example, 516,000 emergencies, 7,300 deliveries, 24,800 surgeries, in addition, we applied 210,000 vaccines, many of them at home,” explains Mauricio Serra.

Sum of efforts to save lives

Another example of its commitment to the health needs of its members is the recent announcement of its participation in the agreement “United to continue caring for you”, established between the Mayor’s Office of Bogotá, through the District Health Secretariat, and several EPS, in order to guarantee care for people with chronic diseases, such as hypertension and diabetes, who do not record evidence of face-to-face care in the last three months, or taking paraclinics or vital signs associated with their pathology.

See Also:  Obligatory mask, reinforced disinfection of trains… How the SNCF and the RATP prepare the deconfinement

The care will be offered in about one hundred positions, located throughout Bogotá and the procedures will include taking vital signs, weight and height, as well as clinical laboratory tests, as required. “Later, each EPS will carry out the respective follow-up in its basic care unit,” says Andrés Barragán. “In this way, we will help nearly 770,000 patients reduce their risk of health complications and mortality from Covid-19,” he adds.

In this way, Compensar ratifies its commitment to integral well-being, especially in the midst of the enormous challenge that the current situation represents, in which “instead of competing we must cooperate, because only the articulation of efforts can guarantee the quality of life of the people, “said Serra, who also added that” the revolution that we have all witnessed shows us a path towards greater implementations in telemedicine, technological developments, home care, research and what is already a reality, the union and the articulated work of many actors for a common purpose: the health of Colombians ”.