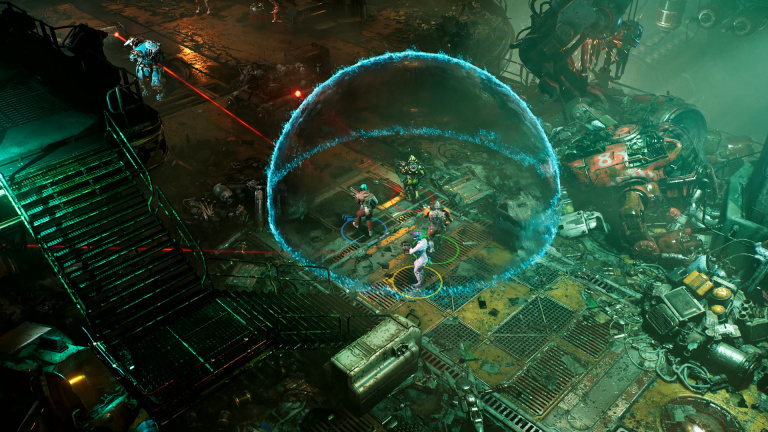 The Ascent gets a new in-depth look as it approaches release. In a 14-minute video broadcast by Xbox, the developers of the Neon Giant studio come back to the specifics of this action-RPG playable in solo or in co-op for up to four players.

Viewable below (remember to activate the French subtitles), the video leaves the floor to Tor Frick and Arcade Berg, Co-Founders and Creative Directors of Neon Giant. Founded by alumni of Peole Can Fly (Gears of War) and MachineGames (Wolfenstein) in 2018, this Swedish studio made up of ten people delivers with The Ascent his very first game.

The two developers first mention the studio’s love for sci-fi and cyberpunk, as well as their desire to create a world that stands out from others and various characters. Taking place in a huge self-sufficient megalopolis, The Ascent will make us play a worker caught in a chain of catastrophic events. The biggest multinational on the planet, the group “The Ascent”, collapses for some reason, plunging the city into chaos. It will therefore be necessary take up arms and explore the different districts of the city while collecting loot along the way to customize your avatar (weapons, gadgets …) and your playstyle.

On the gameplay side, it takes the form of a mix between action-RPG and top-down shooter. We must not be content to shoot at everything that moves, but also manage your positioning well, with the possibility of taking cover and raising his weapon in order to shoot over a shelter. Another key system of the game mentioned by Neon Giant is the random appearance of enemies and “unique encounters”. Last point discussed: environmental storytelling, Neon Giant promising a living world made up of environments rich in detail. As a reminder, the game will benefit from ray tracing and, on PC, DLSS technology from Nvidia.

The Ascent will be available on July 29 on PC (Steam and Microsoft Store), Xbox One, Xbox Series, and in the Xbox Game Pass catalog (PC, console and cloud).