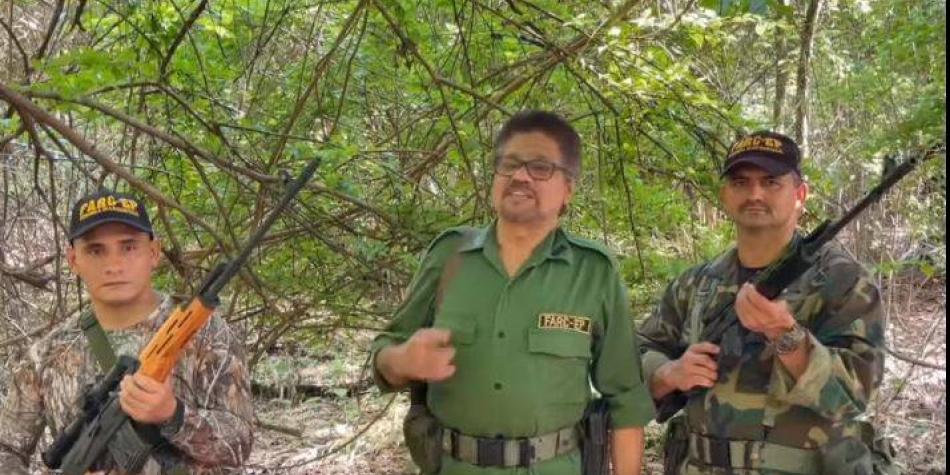 Several interceptions of communications are so far the only evidence that intelligence agencies have to indicate that Luciano Marín, alias Iván Márquez, is indeed dead.

Although for agencies such as the DEA and the FBI that is not enough, the audios seem to confirm that the leader of the Second Marquetalia dissidence was ambushed and murdered in Venezuelan territory, as reported by Time scoop.

The official version in Colombia about the possible death of Márquez was given by President Iván Duque: “This is information that is being verified. We are working with intelligence.”

This newspaper had access to some of those communications in which it is said that Venezuelan Army troops were mobilized over the weekend to the area where ‘Márquez’ and his people would be to verify the information on his death in an attack with explosives.

Added to the troop displacement was the blocking of the communications signal in the area.

In addition, they point out that their criminal heirs would be asking for reinforcements so as not to suffer the same fate as Márquez and his lieutenants: Jesús Santrich, alias Romaña and el Paisa.

The heads of that dissidence, once powerful commanders of the former FARC, lost their lives in the neighboring country in a long year.

“Venezuela went from being the refuge of dissidence to its cemetery,” a Colombian intelligence officer told this newspaper.

The operations of the Colombian Public Force against the dissidents had forced Márquez to take refuge on the other side of the border.

But also the clashes with the dissidents of Gentil Duarte (already dead) and Iván Mordisco, who described him as a traitor for having been part of the negotiating table in Havana with the government of Juan Manuel Santos and then returning to arms.

Official sources told this newspaper that at least one of them had already been heard asking for reinforcements after the news of the ambush on Márquez..

The three make up the chain of command of the dissidence and among them is the replacement for ‘Márquez’, when his death is confirmed.

The interceptions also register movements in the wing of the ELN that remains in Venezuela and that, like the Second Marquetalia, had already sent messages of a reactivation of the negotiations before the change of government in Colombia. The fear of the ELN is that, before August 7, casualties will be registered in its ranks, which dispute the management of drug trafficking in the region.

The Venezuelan government has kept absolute silence on the Márquez case, following the same line that it brought with Santrich, Romaña and Paisa. What is clear to security experts is that all those blows to the dissidents had to have the complacency (or complicity) of a sector of the so-called Bolivarian Army and a wing of power, who were bothered by these ‘guests’.

in Portugal, the seventh wave is receding at a rapid pace