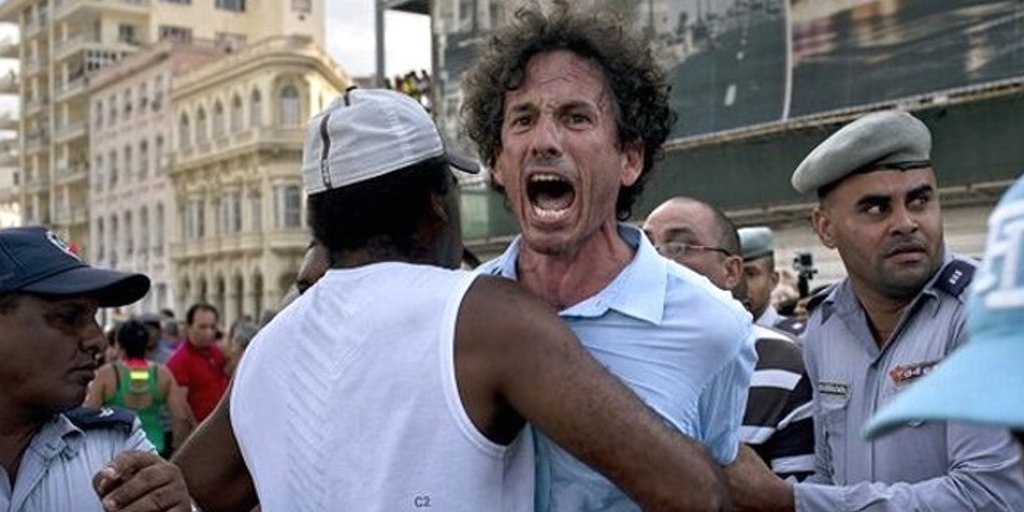 With the expansion of Covid-19, the Cuban regime reactivated another knife, through Decree-Law 370, with the sole purpose of restricting freedom of the press and expression on the Island.

Approved by the Council of State, Decree-Law 370/2018, also known as the Spanking Law, is configured as another repressive strategy of the Communist Party – the only legal one in the country – to atomize civil society, harass independent journalism and criminalize voices. dissidents.

During the last two months, at least twenty independent journalists have been the target of threats, harassment, fines, repressive acts, and interrogations by the political police in the midst of the social isolation decreed after the advance of the Covid-19, acts repudiated by various world organizations.

The cases of independent journalists such as Mónica Baró; Camila Acosta; Niober García Fournier; Yoe Suárez; Waldo Fernández Cuenca, and Julio Antonio Aleaga have been emblematic for the cruelty of the Department of State Security not only against their people, but it has also been extended against the relatives of these informants.

Deprivation of child custody, deportation of one of the spouses to provinces of origin, questioning of family members, and opening of criminal proceedings for crimes such as the spread of epidemics and the dissemination of false news -both provide prison terms-, are several of the threats denounced by these independent reporters.

In RSF’s “black zone”
The organization Reporters Without Borders (Reporters sans frontières, RSF) placed Cuba in the so-called “black zone” in the 2020 World Press Freedom Ranking, together with regimes like China; North Korea; Eritrea; Equatorial Guinea and Egypt. For RSF, the island’s regime “stagnates in the depths of the ranking and remains the worst ranked country in Latin America in terms of press freedom.”

See Also:  An outfitter with western fashion in Dallas

Two reports published in the state newspaper Granma – the official organ of the Communist Party – replied that RSF was “unconditional on Washington.”

“We could be pointed out many things, but we can never question our exercise of defending the truth, the cult of freedom and the full dignity of man declared in our Constitution, essences that define the exercise of our journalism, free and sovereign as the land we defend, “said one of the reports, signed by former State Security agent Raúl Antonio Capote, alias Daniel.

A rhetoric that contradicts the reality revealed by independent journalists and media, and the complaints of civil society on social networks. When Capote assures that RSF could not “mention in Cuba a single name of journalist dead, imprisoned or tortured”, he knowingly forgets the simple example of Roberto Jesús Quiñones Haces, imprisoned since 2019 in the Guantánamo province, for covering the trial held against the Rigal-Expósito couple, also imprisoned for the decision to educate their children at home.

Fines of 120 euros
In a country where the average salary does not exceed 50 euros per month, Mónica Baró, Camila Acosta, Niober García Fournier and Julio Antonio Aleaga imposed fines of around 120 euros, by virtue of Decree-Law 370, which among its objectives includes “consolidating the use and development of Information Technology and Communications, as an instrument for the defense of the Revolution ».

An organization of #Cuba and another of #Argentina reject the application of Decree Law 370 on the Island. https://t.co/32Dd7aOvmS

“The computerization of society in Cuba plays a significant role in the political, economic and social development of the country and constitutes an effective means for the consolidation of the conquests of Socialism and the well-being of the population […] being necessary to issue the legal norm that regulates the computerization of society in Cuba “, justifies the one of Decree-Law 370.

Covid-19 increases repression
For his part, the Assistant Secretary of State for Western Hemisphere Affairs, Michael Kozak, warned that the Havana regime has used the health crisis by Covid-19 to intensify the repression against independent journalists.

“The Castro regime should focus on ensuring the well-being of the Cuban people. Instead, the regime uses Covid-19 as an excuse to harass journalists who simply report the facts, “said Kozak in mid-April.

It should not be forgotten that in May 2019 the president of the Supreme People’s Court of Cuba, Rubén Remigio Ferro, threatened to reactivate Law 88, known as the Mordaza Law, containing sections aimed at suppressing independent journalism on the Island and all actions that “In accordance with imperialist interests, they seek to subvert the internal order of the nation and destroy its political, economic and social system.”

Under the Gag Law, seventy-five dissidents were sentenced to long prison terms in the spring of 2003. Of the courts in this process, known as the Black Spring, twenty-seven were independent journalists.

Leaked documents from the 2016 Bastion military exercises, carried out by the Armed Forces, revealed that independent journalists would be the first target to immobilize in the event of massive protests against the regime on the Island. .