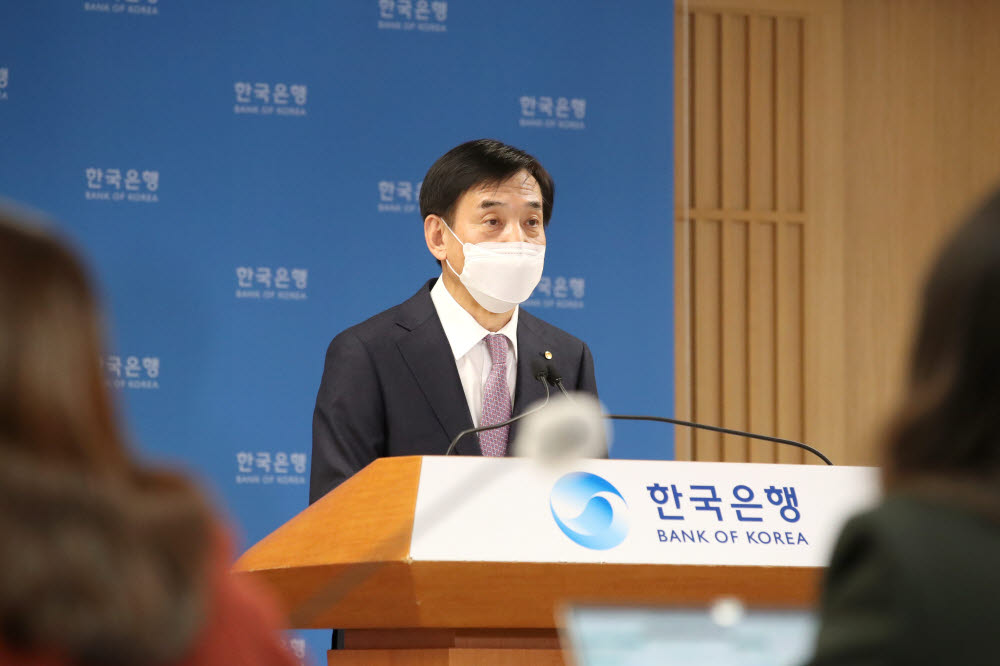 The Bank of Korea has kept the key interest rate unchanged. The economic growth forecast for this year and next year was also expected to be at the same level as last year, but it is predicted that the inflation rate will become the ‘Achilles’ heel’ of the Korean economy.

After raising interest rates by 0.25 percentage points in August and November of last year and on the 14th of last month, it seems that they are taking a breather. The decision to freeze the interest rate was made by unanimous consent of all members of the Monetary Policy Committee.

The MPC predicted that Korea’s economic growth would be solid. In its revised economic outlook, the Monetary Policy Committee predicted this year’s gross domestic product (GDP) growth rate to be 3.0%, the same as that expected in November last year. It also maintained its growth forecast for next year at 2.5%. At a press conference, President Lee Ju-yeol of the BOK explained, “It is the result of comprehensively considering the downward factors such as the spread of Omicron and the Ukraine crisis and the upward factors such as the supplementary budget.”

What is worrisome is the sharp rise in prices. The consumer price inflation rate rose to the 3% range for the first time in 9 years and 8 months in October (3.2%) in October last year, followed by November (3.8%), December (3.7%), and January (3.6%) for four consecutive months. % is maintained.

Reflecting this situation, the BOK also raised its forecast for consumer price inflation this year from 2.0% to 3.1%.

In the Monetary Policy Direction Statement on the same day, the Monetary Policy Committee said, “The rate of increase in consumer price inflation continued to remain high in the mid-to-late 3% range due to the continued high upward trend in petroleum prices and the widening of the price of personal services and industrial products.” Excluding energy index) rose to the mid-2% range, and the general public’s expected inflation rate was in the mid-to-late 2% range.”

However, Governor Lee pointed out that the level of stagflation (recession + inflation) claimed by some is not to the level of concern. Governor Lee said, “In conclusion, the domestic economy is not in a situation where there are concerns about stagflation.” “Inflation is high, but if you look at the growth trend, we expect Korea’s exports to be strong and consumption to continue to grow this year and next year thanks to a key recovery trend. do,” he said.

Governor Lee also said, “Despite uncertainty related to COVID-19, the domestic economy is expected to maintain sound growth and inflation to exceed the target level for a considerable period of time. .