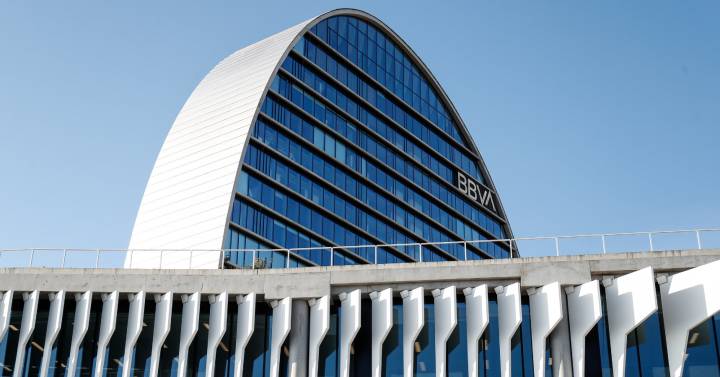 The foreseeable merger of BBVA and Banco Sabadell continues its course and there will be news shortly about the result of its due diligence, according to the brief words of Jaime Guardiola, CEO of Sabadell. The executive acknowledged that although “we are at the beginning of the talks and there are no decisions made, we are in due diligence and let’s say that in the coming weeks we will know a little about the result.”

At the moment, Deloitte, hired by BBVA, and PwC, signed by Sabadell, are carrying out the due diligences that will result in the exchange or amount of the operation that would be articulated, according to various sources, as a purchase for which BBVA would absorb Sabadell , while the external advisers, JP Morgan, hired by the bank chaired by Carlos Torres, while Sabadell has hired Goldman Sachs, also carry out their analyzes.

Although the studies have not been completed, as is logical, there is already some preliminary progress on what could be the synergies of the operation and the badwill or negative goodwill, that BBVA and Sabadell can sign up with with their merger.

Synergies (cost savings) would amount to around € 800 million in 2023. This figure is very similar to what CaixaBank hopes to achieve with its merger with Bankia, which is € 770 million in 2023.

An important part of the cost savings will come from the closure of offices and the reduction of the workforce. Although the fine numbers have not yet been made, there is already an approximation of the number of employees who will be able to leave the new bank after the absorption of Sabadell by BBVA. There would be about 6,000 employees, according to calculations by various sources familiar with this integration process.
Most of these exits would be carried out due to early retirement, and others due to incentivized terminations, as has happened up to now in a large part of the financial entities that have undertaken these merger processes.

Central services and the network of offices in Catalonia and Madrid will be where the adjustments to be carried out by both banks will be most concentrated, since these are the areas where both banks have more offices. It should be remembered that BBVA acquired in 2012 the network of the old Unnim savings bank and two years later that of Catalunya Banc.

For the moment, Sabadell and the unions decided yesterday to suspend negotiations on the 1,800 employee cut planned by the bank in Spain until the beginning of next week after confirming the merger talks.

CC OO, the first union in Banco Sabadell and BBVA, also suggested to both entities that if the merger is finally carried out, that an agreement be articulated that protects the working conditions and the employment of the staff, which they add with data from September 46,365 people. Of these, 29,475 correspond to BBVA’s workforce, and 16,890 to Banco Sabadell.

The closure of offices that this operation could entail amounts to at least 1,250 branches. Between the two entities now there are 4,240, of which 2,521 correspond to BBVA and 1,719 to Sabadell.

In order to pay for these adjustments, the new bank would count, as has happened in the next merger of CaixaBank and Bankia, and predictably in that of Unicaja and Liberbank, with the negative goodwill or better known in financial jargon as badwill, which would be generated after the Union.

This badwill, which is only an accounting profit, would amount to around 8,000 million euros in the case of BBVA and Sabadell, according to the latest report from the investment bank Goldman Sachs, a firm hired by Sabadell, and carried out two weeks ago. This item does not enter the cash nor does it contribute capital, but it does have a positive effect on equity, which allows its use to offset negative effects such as covering the employee adjustment plan.

This negative goodwill is very similar to that generated in the merger of Bankia and CaixaBank, which amounts to 7,878 million.

BBVA closed yesterday with a 4.4% drop in its price, while Sabadell rose again on the stock market, in this case by 6.75%. According to a report by JPMorgan (advisor in the BBVA merger operation), the exchange of shares in the operation would mean paying a premium of up to 30% to Banco Sabadell.