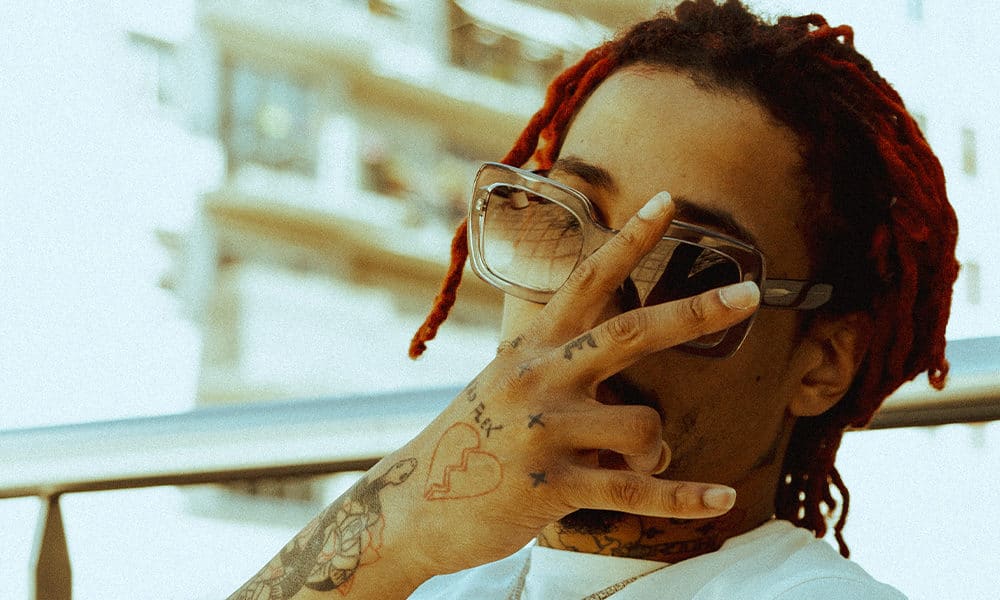 No, today there is not only the beginning of Euro 2020, there are also new musical releases. Green Montana gives us his new EP MELANCHOLIA999, M le Maudit is aiming for the “10K” alongside Caballero or even Lemon Haze who returns with his “Street” video. We tell you more.

It is finally here ! Originally scheduled for June 4, MELANCHOLIA999 finally released today, and the wait was long. From the cosmos, Green Montana drops us 9 pieces, each one as hovering as the next. As usual, the artist of the 92i poses his flows on short but floating productions. Unveiled earlier, the title “Obviously”Is the only featuring of his project, and it is with SDM that he shares the instrument. A new France-Belgium connection for our greatest happiness. The double production of “MAGIC CITY 999” is a remarkable conclusion to Greenzer’s project.

Driven by Caballero, M le Maudit presents the clip “10K”. After Khedira, the Parisian rapper is back in a Ford Mustang. This new track is the second single from his next mixtape, which will be released at the end of the month. It is again a Franco-Belgian connection that will make people talk. On a dark production, the two artists find themselves in a lunar universe in the middle of the Trappist, their playground. References to Michael Jackson, a tribute to former Palestinian President Yasser Arafat and then a nod to “women who defend themselves“, You will understand, the two rappers graciously offer us a committed title. And the rendering is surgical.

A month of famine, but no more for Lemon Haze. With his track “Street”, the rapper from Nanterre returns to a still aggressive register, and relentlessly kicks on a very effective creation by TLC Beatz. The black and white images darken the artist’s punchlines a little more. No big cars or bottles of champagnes and even less bimbos, the clip plunges you directly into the heart of his neighborhood and his life. This title will speak, unequivocally, to rap and street fans.

Kepler shines like a star. From his 17th arrondissement in Paris, the artist arrives with his very first solo project “KeplerWorld”. Sese Kepler opens the doors to his world with this mixtape rich in musical diversity. Nine songs can therefore be added to your playlists. On the guest board we find Kaza, Gambino LaMG, then Leto and his brother Cheu-B, who cut the production of “Guedin” with him. An arrival with great fanfare for Kepler, after his series of freestyles #Gangshit, and two group projects.

Lujipeka hides the sun. With “Eclipse”, his new single, the artist delivers a warm performance. On a production catchy de Seezy, the rapper lets himself be carried away by the current, his flow borrowed from many reflections ranging from the complexity of a relationship to his position vis-à-vis his role as an artist. A complete four-minute fresco, already clipped under a reassuring sun which, rhyme after rhyme, gives way to a twilight atmosphere. A successful aesthetic picture.

The concept of compilations is spreading more and more, and when we see the collaborations that we are offered … we are not to be pitied. DJ Quick took care of the 13 productions of the album. His sound mats are all accompanied, and in what ways: SCH and Alonzo on “Diamant”, Lefa and Chily for “Bye Bye” and the already known success of Ninho and Hamza with “She told me”. There are many artists and each of their singularities offers us a bluffing result.

To the Moon – Orbit

It has been inexhaustible since the beginning of the year. Installed in space, So la Lune sends us his EP Orbit, the third in four months. After his two EPs, Théia released in March and Natural Satellite in May, the rapper from lyonnais continues to make us gravitate around the star of the night and once again unboxes us 5 satellites, where we find a collaboration with Rouge Carmin on “Goût vanille”. As for these two previous opus, the cover is amazing, and it is once again signed mvnXcnn.

He does not run out of steam and sticks to his goals. S.Pri Noir perfectly fulfills his bet, which is to release a sound every two weeks. It is therefore a new D-day for the artist, and he is once again featuring. For “If you knew” S.Pri receives TayC, and the two artists invite us in their summer and above all romantic bubble. The Season 999 will soon end. We are already in the ninth episode of the series, there are 7 collaborations and the next track will also be a feat. See you on June 25 for the last episode.

We have been bathing in a scorching atmosphere for a few days now, and the artists are multiplying the solar pieces. The next step is logically… the holidays. And to make a piece that breathes the beaches, the sun and the tranquility, Cyborg knows how to do. In his piece “Eau de mer”, the artist recalls the difficult ordeals we have all experienced this past year, and there is no question of letting go, now we must take advantage. Cloud atmosphere, and the instrumental is a real lullaby. We’re good for the summer.

Don’t miss this interview, Arma Jackson: “Today we don’t just listen to music, we watch it too”