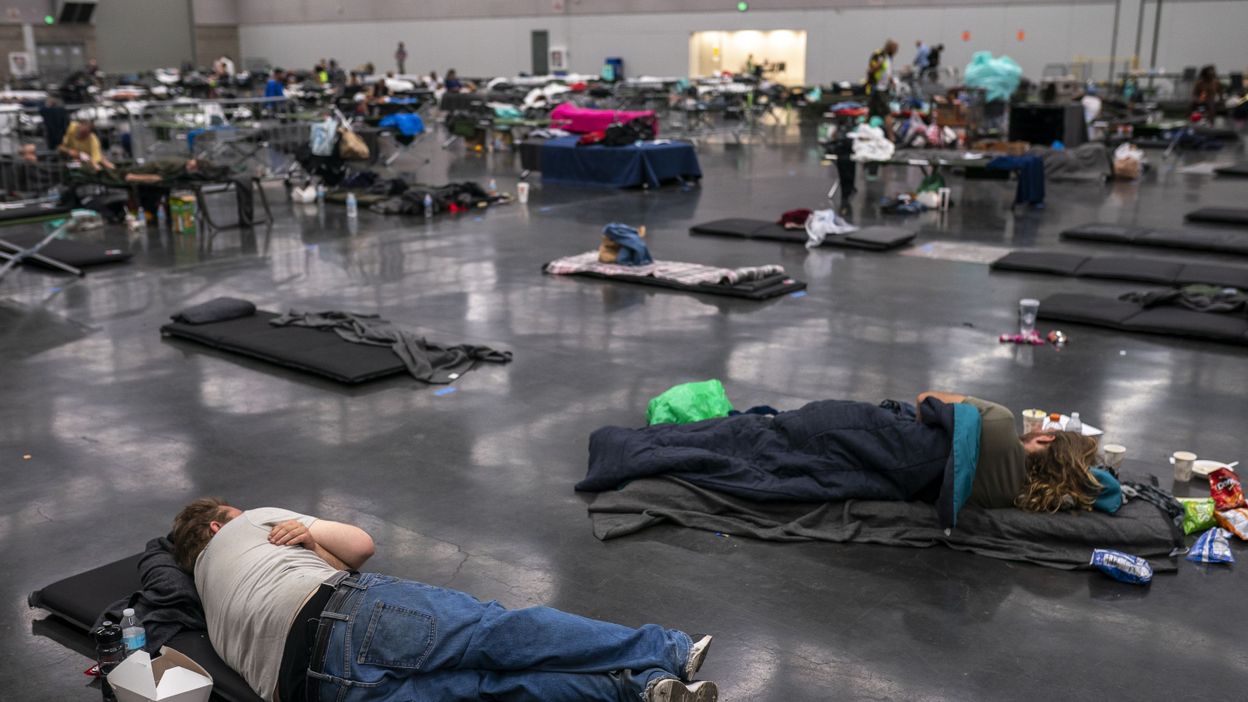 Record temperatures, buildings transformed into cooling centers, schools closed: western Canada and the United States are warmed by a “heat dome” at exceptional intensity. The thermometer breaks historic records, with 47.9 degrees measured in Lytton, British Columbia. The climatic phenomenon could last another one to two weeks. And, according to climatologist Jean-Pascal Van Ypersele, its intensity is clearly linked to the rise in temperatures on Earth.

For the former vice-president of the IPCC, the group of intergovernmental experts on climate change and professor at UCLouvain, asking whether the Canadian heat dome is a consequence of the climate is an outdated question: “What is the meteorological phenomenon that is not linked to climate warming? This is the question that must be asked today because global warming is there, well established. It turns into heat, violent winds or rains From now on, we must reverse our questioning and prove that it is not linked to climate warming. What is happening is consistent with a deregulated climate due to greenhouse gas emissions “.

47°C in the city of Portland, Oregon! And we are only one fifth into the 21st century! Our children will suffer a lot unless we #FaceTheClimateEmergency with much more determination. https://t.co/s38fWeU8h2

This is not the first time that a region has been affected by a heatwave linked to a “heat dome” but the phenomenon, already rare, is accompanied by particularly high temperatures, close to 50 ° Celsius, in Western Canada. and American. Canada holds the palm with 47.9 degrees recorded at the Lytton station in British Columbia on Monday. The record of the day before (46.6 °) was thus broken… itself dethroning a measure of 1937 (45 °). An absolute record in a region more used to snow than heat. And if Lytton holds the temperature record, Portland, in the US state of Oregon, yesterday recorded 46.7 °.

►►► To read : Lhumanity at the dawn of cataclysmic fallout according to the IPCC

For ULiège climatologist Xavier Fettweis: “You should know that below the dome, there are no clouds, so the sunshine is maximum, the temperatures soar. And the hotter it is, the more this dome of hot air is maintained. So it’s kind of an endless loop. Here it could easily last one to two weeks “, continues Xavier Fettweis. “As it is self-sustaining, the dome tends to stay put. At the moment, models don’t agree on the end of this heat wave, what is certain is that the maximum heat should be reached this Tuesday “.

A “heat dome” is characterized by high pressures accompanied by intense heat, established over a large geographic area, leaving aside the usually humid and temperate activity of the Pacific Ocean.

In the case of western Canada and the United States, several meteorological phenomena overlap, starting with a mass of very hot air coming from Mexico which moved towards western Canada and the United States thanks to the presence of a cold drop located over the Pacific Ocean. A cold drop is a narrow area of ​​low pressure, slipping between several areas of high pressure, in other words a mass of unstable cold air at an altitude of some 5,000 meters..

“A cold drop circulates in an anti-clockwise direction”, develops Zacharie Blairon. “If it is placed over the Pacific, we observe that it moves from the South to the North, therefore towards Canada. At the same time, the Jet-Stream is currently being pushed back to the far north of Canada and no the very hot air present in these northern regions hardly influences even though it usually moderates the Canadian climate “.

An extreme phenomenon in Belgium

In short, a mass of hot air is found blocked on the west coast of the North American continent, on both sides of the border between the United States and Canada pushed by a cold drop and absolutely not tempered by the Jet. -Stream.

A similar phenomenon has already occurred in other latitudes… In Belgium for example. Temperature records were broken in summer 2019: 39.7 ° in Uccle or… 41.8 ° on July 25, 2019 in Begijnendijk, in Flemish Brabant. Similar phenomenon… but not identical. “That summer”, specifies the climatologist of the IRM, Zacharie Blairon, “a mass of very hot air in arrived from northern Africa. Due to blocked Atlantic activity, it was able to reach our regions with exceptional intensity. So it was not the same weather pattern as what is happening in North America now. “

“The future of our children”

Anyway, the weather cocktail is absolutely not digestible. “I am amazed at the scale of the phenomenon, as it is every time records are broken”, recognizes Jean-Pascal Van Ypersele. “45 degrees on the west coast of Canada, that is to say on an average latitude, it is astonishing. We are not on the Equator! We are always astonished and, at the same time, it does not no wonder. “

Many climatologists have been warning politicians and the world population for several decades. Today, the global temperature has increased by some 1.1 ° compared to the pre-industrial era. “When we see what happens with 1.1 degrees when we will have at least 3 degrees more by the end of the century”, anticipates the former vice-president of the IPCC and professor of UCLouvain, “what we are seeing now are the beginnings of the situation that our children and grandchildren will experience in the coming decades”, he concludes.

The report that the IPCC will publish at the end of August – but the content of which is circulating in the press – is bleak. It can be read that if global warming reaches 2 ° Celsius rather than 1.5 °, 420 million people on Earth will experience extreme heatwaves and up to 80 million more people will be threatened by famine by 2050.

And the measures taken today no longer allow these objectives to be achieved. “It makes me sad because the alarm bells have been sounded for more than 40 years. The American meteorologist from MIT Jule Charney was already talking about it at the first major climate conference in 1979. I got there. returned when I was a student. And since… there are too few acts. The human species saws the branch on which it sits. “

This observation does not mean that all is lost for humanity according to Jean-Pascal Van Ypersele: “We can still act to limit the severity of the impacts of an increase in the climate, by starting by respecting the commitments made in the Paris agreement on the climate, by respecting carbon neutrality at the global level by 2050 … and earlier for Europe “. Logically, if the long industrialized states accept that the developing countries take more time to bend the curve of their greenhouse gas emissions, the developed countries must reach it sooner.