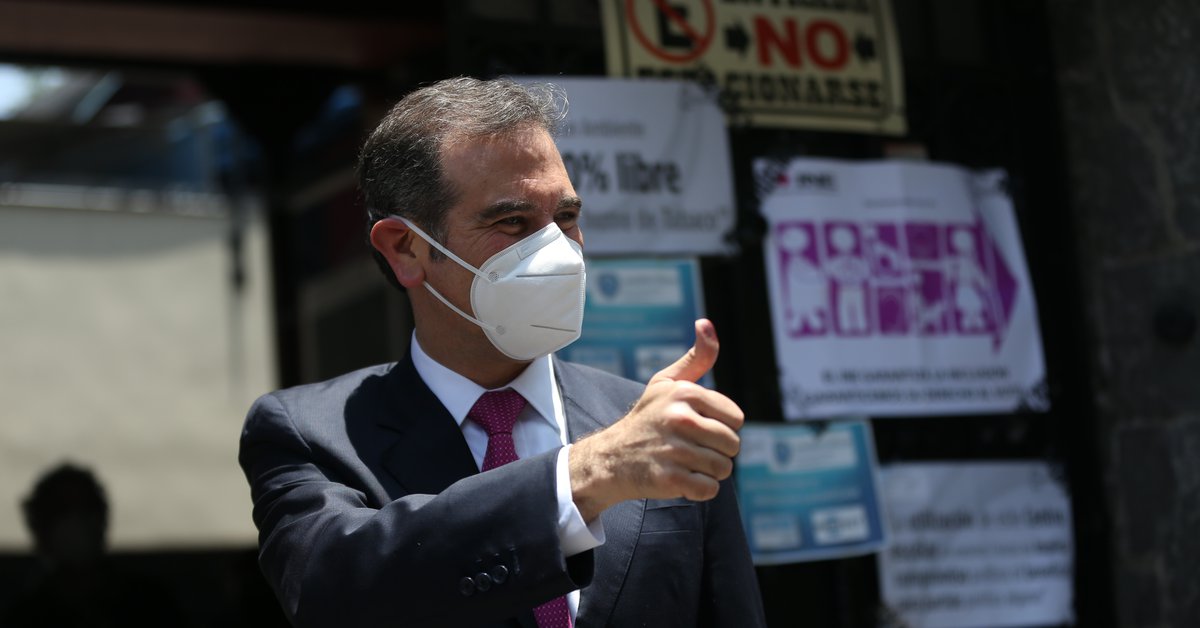 The presiding counselor of the National Electoral Institute (INE), Lorenzo Córdova Vianello, assured that next august first will be carried out “the best exercise of citizen participation” that has been had in all history through citizen consultation.

At a press conference, Lorenzo Córdova indicated that the popular consultation, which aims to impeach five former presidents of the Republic, it will become the best exercise of citizen participation “because it is being organized by the INE”, in addition to having all the guarantees established in the constitutional mandate and security mechanisms.

“The popular consultation is going to take place and I will tell you once and for all, it is going to be the best exercise of citizen participation that we have had in our history; Do you know why? Because the INE is organizing it and is organizing it with all the guarantees that the constitutional mandate reserves for this institution”, He expressed.

Lorenzo Córdova indicated that the popular consultation will become the best exercise of citizen participation “because it is being organized by the INE” (Photo: Cuartoscuro)

He declared that it is the first time that a consultation will be held “seriously” in the country, so hopes that it is not seen by some political actors as a pretext to delegitimize the institution “What more confidence has on the part of the citizens in this country.”

“The INE is going to comply with the citizens, despite the fact that there are attempts to disqualify their work, so we have worked unfortunately and we will probably continue working like this, but it is important that things be known, because there are many lies in the environment. Consultation will have and will be successful”Said the presiding counselor.

He detailed that the institution was not granted a greater financial budget to carry out the consultation, for which we worked with an amount of 500 million pesos; Likewise, he informed that they had planned to install 104 thousand voting tables, however, due to the fact that they were not provided with the necessary resources, a total of 57 thousand tables will be installed.

The president counselor of the INE explained that the institution was not granted a greater financial budget to carry out the consultation (Photo: Cuartoscuro)

“Unfortunately, we would have liked to carry out the exercise with more voting tablesThat is why at the time we pointed out to the Presidency of the Republic and the Chamber of Deputies the need to have the resources, ”he stated.

What’s more, rejected the accusations of the leader national party of the National Regeneration Movement (Morena), Mario Delgado placeholder image, who accused the INE of obstructing the consultation popular to prosecute former presidents.

Córdova rejected the allegations of Mario Delgado, who accused the INE of obstructing the popular consultation to prosecute the former presidents (Photo: Courtesy Morena)

“Sometimes some do not like it when we say that the electoral authority has to be renewed because it is not at the level of democracy in our country, the desire of the people of Mexico to live in democracy and once they show it, after the paper that they had in this 2021 election, playing the PRI-AN’s game, now are clearly hampering this exercise”Delgado reiterated during an assembly in Mexico City on June 27.

Cordova explained: “A former member of this Chamber of Deputies, who left the legislature, says that the INE does not want to promote the consultation. It is worth remembering that this Chamber together with the Senate of the Republic approved, first, the convocation published in the Official Gazette on October 29, 2020 establishing that the consultation, that the call, began to take effect as of its publication “.

Supreme Court decriminalized the recreational and recreational use of marijuana
“We have smoothed out our rough edges”: Javier Corral and AMLO met behind closed doors at the National Palace
From “stop making a fool of yourself” to “shut up”: Vicente Fox lashed out at AMLO and Mario Delgado for pushing former presidents to trial