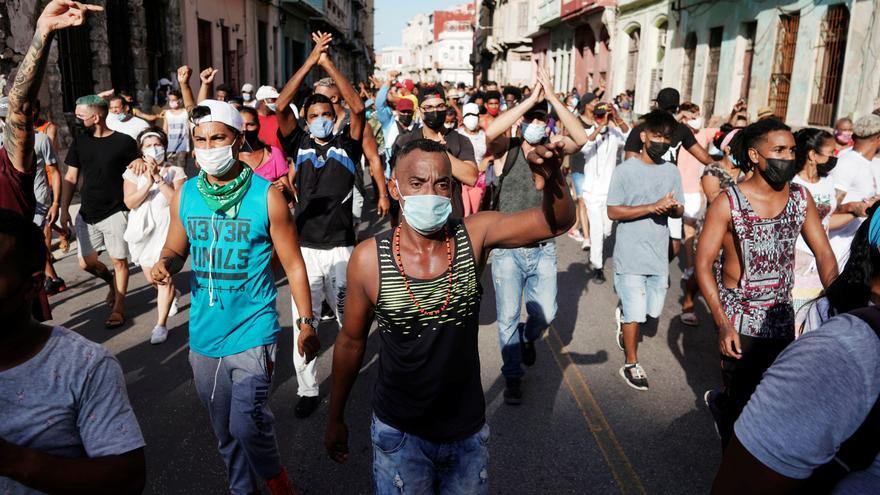 The Administration of Joe Biden continues to put pieces into the political puzzle posed by the protests that broke out 10 days ago in Cuba. This Wednesday Julie Chung, the Acting Head of Western Hemisphere Affairs at the Department of State, has explained some of the measures that Washington is implementing or planning, including the possibility of “applying strong sanctions to the regime official responsible for the brutal repression “of those who demonstrated.” The Cuban officials responsible for the violence, repression and violation of human rights against peaceful protesters in Cuba must To be accountable”Chung wrote in a Twitter thread, posted in both English and Spanish.

(1/7) Under the leadership of President Biden, the United States is actively implementing measures that will support the Cuban people and hold the Cuban regime accountable.

In that message on the social network, the core elements of the strategy of the White House to the island, on which the US maintains the embargo and Biden the measures of “maximum pressure“applied by its predecessor, Donald Trump. Among them is the creation of a “working group on remittances “ to figure out how to take the money that the relatives of Cubans send to the island “directly into the pocket of the Cuban people.” “We cannot let Cuban remittances fall into the hands of the oppressors,” Chung has written, echoing the first reaction he had on the Biden issue, which initially ruled out relaxing the limitations on remittances imposed by Trump, claiming that they could end. in the hands of the government of Havana.

Washington also studies “ways to increase staff “at the embassy in Cuba “to facilitate diplomatic, consular and civil society participation”, as well as “working with the private sector and Congress to identify ways that the Cuban people have greater access to internet service“, a field where Chung has reiterated the” call to Cuban leaders to restore and maintain service “to both the internet and telecommunications.

The senior official has also ensured that any request for humanitarian and medical supplies will be expedited and has urged its international partners to extend aid and, in addition to promising to intensify engagement with regional and international partners, has urged a “collective” condemnation of violence and repression against protesters.