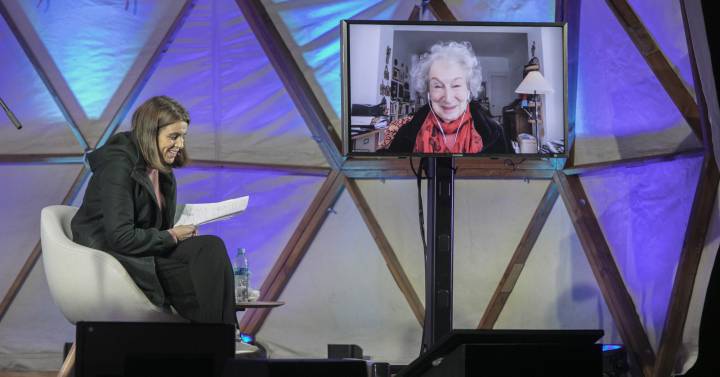 The second edition of the Biennial of Thought closed this Sunday with good figures despite the pandemic and the limitations that the new health regulations have imposed. If the first edition exceeded the 23,000 seats – then this concept was applied to a call based on spontaneity in which everyone who wanted could sit and listen to the debates and meetings held in the public spaces in the city – has now reached 6,000 of the planned 8,000, 75%, as announced by the head of Culture of Barcelona City Council, Joan Subirats, as well as the “father” of the child, who also highlighted that 10,000 people followed the meetings and debates virtually.

In one of the new stages of the Biennial, the Jardins Pla and Armengol, in the middle of two meetings to discuss the concept of city (healthy) and future (the right of those who have not yet been born), Subirats explained: how was it. Given the circumstances and the new restrictions that were implemented last Friday, we have managed to end up celebrating all the activities with a remarkable success of public ”.

For Subirats there is no doubt that this second edition “has consolidated the commitment to this option of the city’s cultural policy that joins other more traditions of music, theater, museums and cinema.” “We have a new dimension of culture, which is the cultural and thought debate. We hope that the third edition will serve to reinforce all these aspects “, he said.

Among the activities with more live monitoring and deferred playbacks have been The voices of the planet, starring Vinciane Despret, Antoine Bertin, Donna Haraway, Maria Arnal, Irene Solà and Maria Sánchez, with more than 1,800 views on YouTube. They follow him closely Looking to the future, with the participation of Margaret Atwood and Enric Casasses, among others, with more than 1,400 i Inhabiting the collapse, with Carlos Taibo and Marina Garcés, with 640 views.

The Biennial closed with a joint event at the CCCB with the other event that took place this week in the city: Barcelona poetry. In total there have been 110 open activities, 85 of the Biennial and 27 of the poetry festival. “We have shown that poetry and thought are not like oil and water, but can be mixed,” said Subirats.