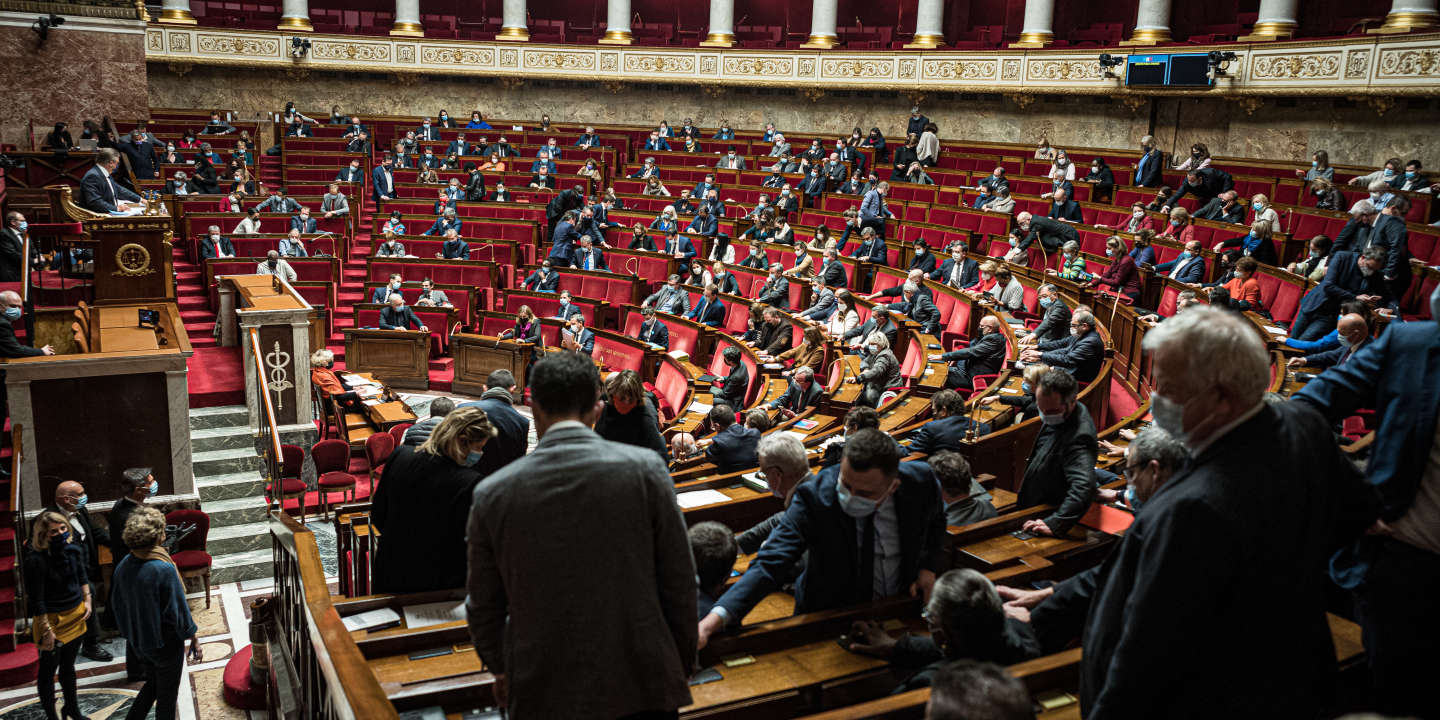 The deputies ended, Sunday, January 16, the examination of the bill transforming the health pass into a vaccine pass. The text was definitively adopted by 215 votes for and 58 votes against.. He obtained the clear support of the majority (La République en Marche (LRM), Democratic Movement and Agir) and this time of the group Les Républicains (LR) with 22 votes for, 5 against, and 4 abstentions. The left-wing parliamentary groups (socialists, communists and “rebellious”) opposed this new regime of health restrictions. Two referrals to the Constitutional Council are planned. One by the Socialist parliamentarians in the National Assembly and the Senate. The other by the group La France insoumise (LFI) with communist deputies, freedoms and territories, non-registered environmentalists, of the Union of Democrats and Independents (UDI), and three Socialist Party (PS) deputies.

The government now plans to enact the law “by the weekend” after having given up on its initial objective of mid-January. “This text is based on what we know about the virus and what we have available to fight it effectively,” underlined the Minister for Autonomy, Brigitte Bourguignon at the tribune of the hemicycle.

This twelfth text linked to the management of the Covid-19 epidemic unleashed passions for three weeks in the National Assembly and then in the Senate after its presentation to the Council of Ministers on December 27. Under the expedited procedure, the bill nevertheless gave rise to “thirty-five hours of debate”, as stated by the President of the Assembly, Richard Ferrand.

Read the Decoders article: what is the difference with the health pass? Who is concerned ? Our answers to your questions

From the entry into force of the vaccination pass – which will only apply from the age of 16 –, it will no longer be possible to present a negative test to have access to certain everyday places, to practice leisure activities or use interregional transport. Only a complete vaccination schedule or a Covid-19 recovery certificate less than six months old will be valid.

The parliamentary shuttle gave rise to the expression of deep differences within the two chambers on the measures proposed by the executive, exacerbated after the remarks of the President of the Republic, Emmanuel Macron, on the non-vaccinated. “You are making a major break with equality, citizenship”, protested the LFI deputy for the Somme, François Ruffin, by presenting a motion of preliminary rejection. “The non-vaccinated are not outlawed since vaccination is not compulsory”, added MP Cécile Untermaier (PS, Saône-et-Loire). The president of the communist group in the Assembly, André Chassaigne, for his part castigated “a tool of constraint, an instrument of communication”.

You have 42.9% of this article left to read. The following is for subscribers only.

Covid-19: Pfizer will support production and research in France with 500 million euros