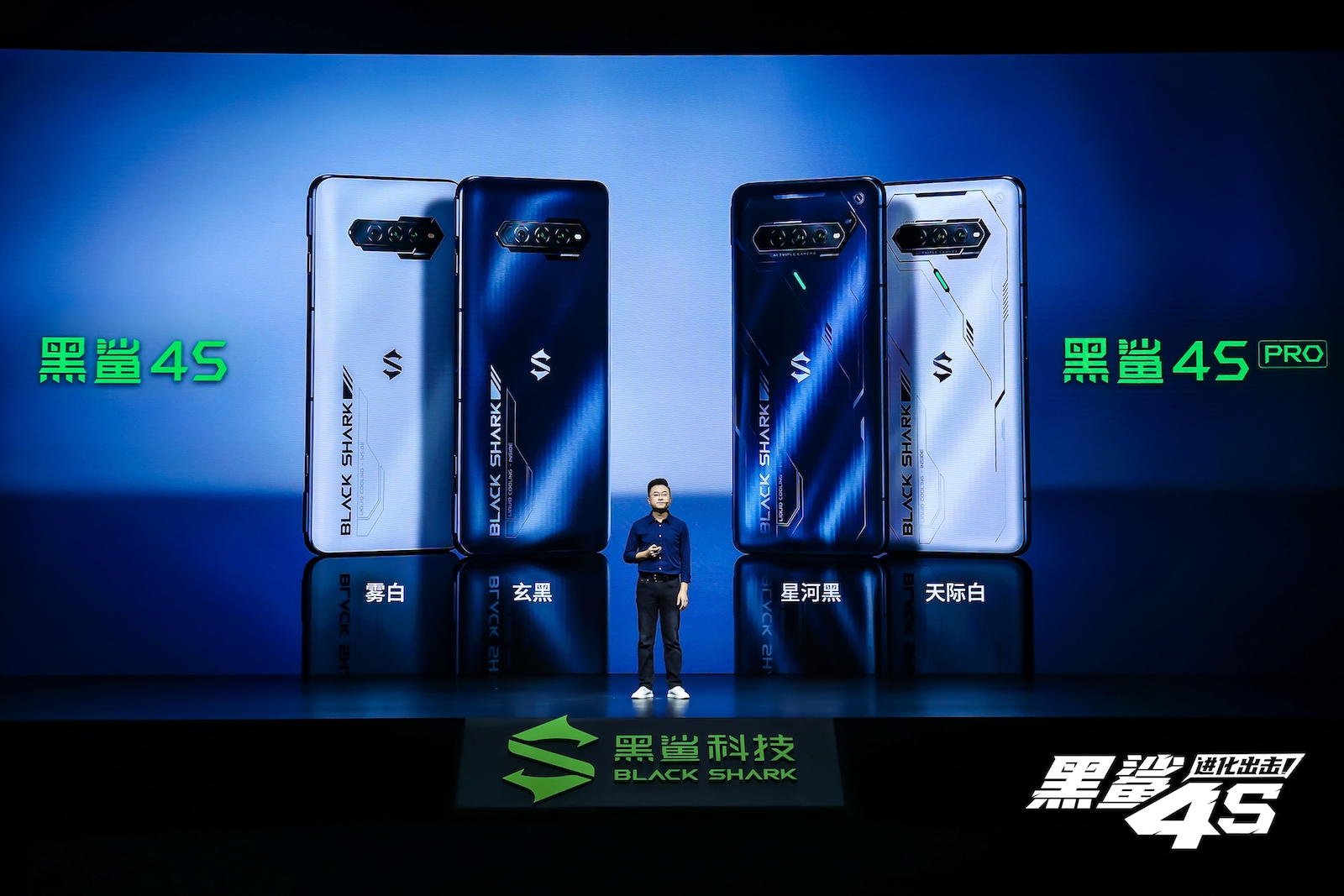 distanceBlack Shark 4 seriesAlmost half a year has passed since the announcement, and it’s time for the upgraded model of S plus to make its debut. The factory officially brought the brand new Black Shark 4S and 4S Pro this afternoon, both of which roughly continue the design language of the Black Shark 4 in appearance, but will replace the X-shaped pattern of the back cover with vertical stripes and more mecha Wind patterns.The reason for this is to echo this time with Bandai NamcoJoint nameSpecial Edition 4S of Freedom Gundam (Gundam) created. This version will incorporate red, white, and blue representing Freedom Gundam on the fuselage, and the back cover will also have thematic elements such as head, wing armor, and fuselage number. The regular version of the Black Shark 4S will provide black and white colors like the 4S Pro. The two machines use plastic and glass back shells, corresponding to weights of 210g and 220g.

The Black Shark 4S and 4S Pro are equipped with Snapdragon 888+ and 870 processors, respectively, as well as LPDDR5 RAM and UFS 3.1 storage. On this basis, the Pro model adds a customized SSD storage as before. After forming a disk array system, the read and write performance can be improved by 55% and 69% compared with general products. In order to maintain the efficiency and stable output as long as possible, the factory also added a liquid cooling system inside the Black Shark 4S series. The new machine uses the same 6.67-inch FHD+ E4 AMOLED aperture screen as before, with an update rate of 144Hz and a touch sampling rate of up to 720Hz. The magnetic power lift trigger button on the middle frame on the side of the machine is also retained, and the lifespan is still 1 million times. At the same time, the device also supports 7 levels of custom strength dual-zone screen pressure sensitivity.

The Black Shark 4S series inherits the 4S Pro audio system, with symmetrical dual speakers based on 1226 linear speakers, seven magnetic circuit sounding units and a 1.5CC large sound cavity, while retaining the 3.5mm headphone jack. All built-in batteries are 4,500mAh, and they also support 120W wired charging and standard chargers with corresponding power. The selfie cameras of the two new models are both 20MP, with three rear cameras, and both are composed of 8MP ultra-wide-angle and 5MP macro cameras. The difference lies in the main camera, the 4S uses a 48MP IMX582 photoreceptor, and the Pro model uses a 64MP ISOCELL GW3.

In addition to mobile phones, Black Shark today also brought its first true wireless headset — Fengming. It uses a semi-in-ear design with a handle, and the shape also incorporates mecha elements. To say that its biggest selling point is the 85ms ultra-low latency performance that can be achieved with the Black Shark mobile phone. In addition, the headset also has a built-in 14.2mm unit, which can provide 28 hours of comprehensive battery life, and supports dual-microphone-based call noise reduction and Black Shark voice assistant functions.Like the mobile phone, Fengming will also push the Freedom Gundam version in addition to the regular black and white. The co-branded accessories also include a magnetically absorbing and thermally conductive protective case and the previously launchedMagnetic heat dissipation back clip。