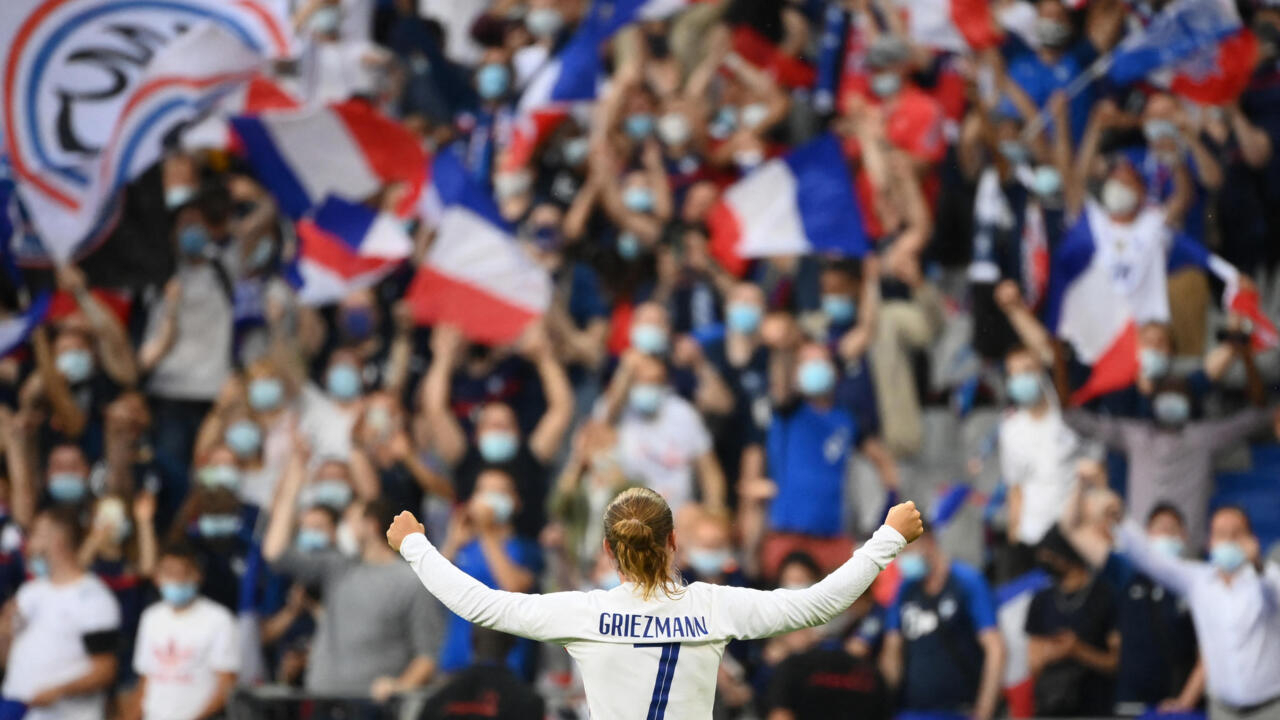 France played its last friendly match against Bulgaria in front of 5,000 spectators on Tuesday, June 8 at the Stade de France before the start of the Euro. The Blues won 3-0 with a goal signed by Antoine Griezmann in the first period and a brace from Olivier Giroud in the second.

From our special correspondent at the Stade de France,

The Stade de France with 5,000 spectators, it’s a bit like the Parisian metro in the early morning: you feel quite alone. But those who were lucky enough to attend the meeting will remember it. And that obviously did them a lot of good.

Just like these two young supporters of AS Nancy-Lorraine, who came from eastern France thanks to an invitation. ” It’s my first match at the Stade de France “, Says one of them, in his twenties, masked face, whose smile we can guess and who hopes” benefit ».

The boyfriend, he is eager to relive the matches where we ” can do »The ola, crowd movement, similar to the swell, which manifests itself mainly in sports arenas. It took all the same to show white paws by proving not to be infected with Covid-19 to obtain the famous sesame and to see Karim Benzema evolve in flesh and blood for his second tenure since his return so publicized.

The return of happy evenings

It must be said that since November 2019 and the France-Moldova meeting, an eternity, the Stade de France has been ringing hollow. Only 1,000 people were able to attend the friendly match between the Blues and Ukraine in October 2020 where Didier Deschamps’ men split a 7-1 with in particular a magnificent coiled shot from Olivier Giroud, on the bench tonight. At the applause, when the announcer announces the composition of the Blues, N’Golo Kanté and Karim Benzema are popular.

Faced with a Bulgaria not qualified for the Euro, and which has never gone beyond the group stage of a final phase of great competition since a semi-final at the 1994 World Cup, the Blues should not, logically, force their talent for this last test before starting their Euro against Germany on Tuesday, June 15 in Munich.

But the spectators of the day had to wait a bit before seeing the first French goal. In the 11th minute, served by Kylian Mbappé, Karim Benzema controls the right and connects a cross shot from the left, a little crushed, which ends on the right of the goal. A minute later, on a pass from Griezmann, Mbappé lacks control, but still strikes from the right to the ground and goalkeeper Naumov relaxes to his left. In the 19th minute, Benzema picked up a Paul Pogba ball from the left which flew over the goal.

Finally, Antoine Griezmann opens the scoring with a formidable bicycle greeted as it should (29th). Shadow on the board after this moment of communion, the exit of Karim Benzema on injury (40th), replaced by Giroud. In the second half, France still dominates, like this coiled strike from Mbappé after putting pressure on the Bulgarian defense (48th).

The double will come from Olivier Giroud in the 84th minute which appears at the near post in front of Valentin Antov and scores with his right foot, after a cross from Benjamin Pavard. The Chelsea player who has just won the Champions League offers himself a double with a low shot (90th). With 46 goals for the French team, he is only five goals behind Thierry Henry’s record.

Between Wales reduced to 10 very quickly and the Bulgarian team which did not exist in Saint-Denis – no shooting in the first period – France will not have had to face tough opponents for its preparation.

But at nightfall, this lucky audience left happy to have finally found the stands, and to have seen a match won with style. “ A little bit of supporters certainly boosted the players », Admits coach Didier Deschamps.