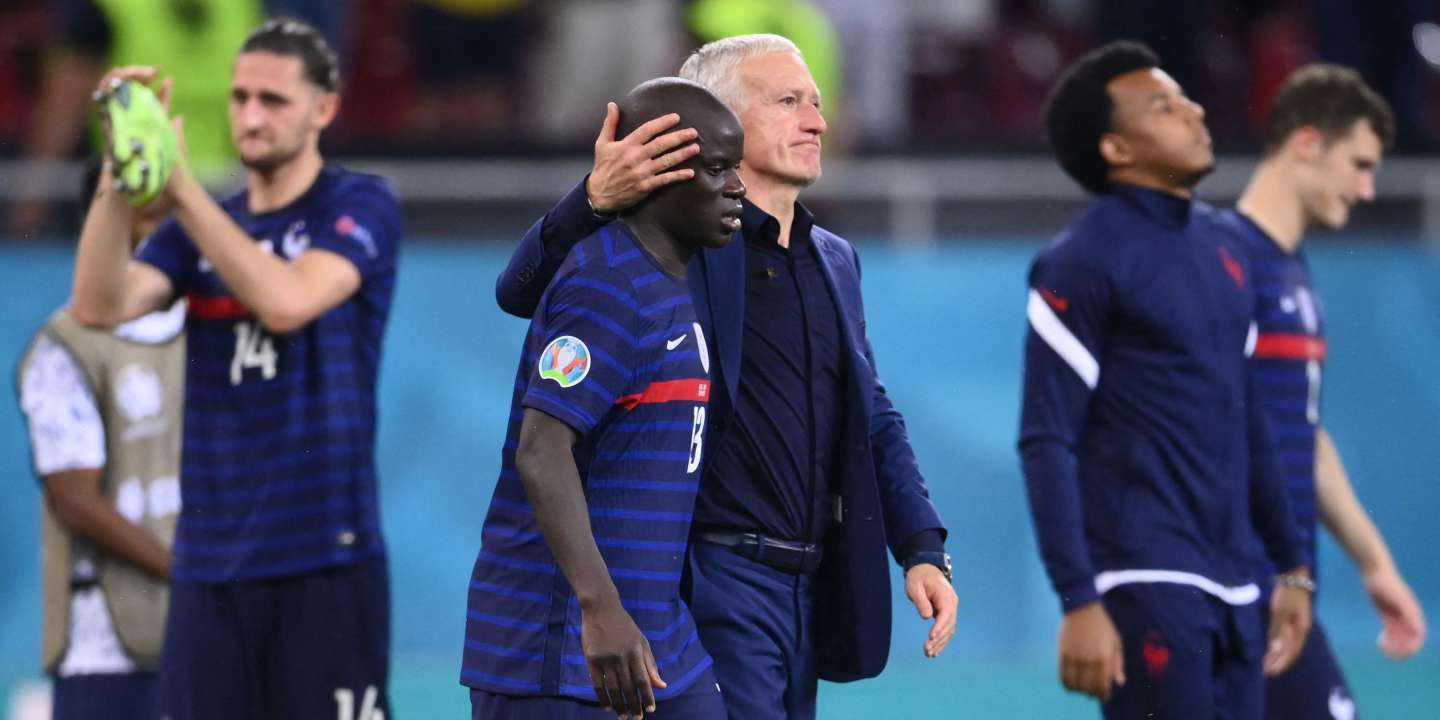 Bucharest terminus, everyone gets off. Arrived as favorites at this Euro 2021, the Blues were eliminated on penalties by Switzerland, Tuesday, June 29, at the end of a crazy round of 16, stunning but above all never mastered by the reigning world champions (3- 3 after extra time, 5 to 4 on penalties). The story is cruel and will remember that Kylian Mbappé has already joined Platini, Zico, Baggio or Beckham in the list of great players in failure in the exercise.

Yes, his shot was too central, too mid-height for Yann Sommer’s gloves, but the PSG striker should not bear the weight of elimination alone. It will also be necessary to question the choices of Didier Deschamps. Four games, four tactical schemes, the coach went through this Euro in a daddy’s way. His 3-4-1-2 questions and especially disoriented his players whose influence in this choice is unknown.

Relive the live: Live: France eliminated in the eighth by Switzerland on penalties

Lucas Hernandez still in delicacy with his knee, Adrien Rabiot discovers the joys of the role of piston on the left side. Big loser of the postponement of one year of the Euro after a complicated season in Barcelona, ​​Clément Lenglet took advantage of this reorganization to start his tournament alongside the duo Varane-Kimpembe

The reaction before the relapse

The Nati, it passes a note of intention at the start of the match. She will not deny herself and too bad if it may seem daring in the face of the Blues, past masters in the art of punishing the daring. At the quarter of an hour of play, Haris Seferovic dominates a Clément Lenglet too small boy and opens the scoring of a resumption of the unstoppable head for Hugo Lloris. When Switzerland plays with its ideas, France improvises. Benjamin Pavard and Adrien Rabiot are two pistons without a spring and even Raphaël Varane seems lost in this three defense, from the top of his 78 selections. Offensively, it’s not much brighter.

France is led 1-0 at the break as in Euro 2016 against Ireland at the same stage of the competition. Yes, but the Swiss have other qualities than the courage of these brave Celts. On resumption, Didier Deschamps shortens the suffering of Lenglet, replaced by Kingsley Coman. The Blues go to 4-4-2 with a left rear Rabiot. But the danger comes from the right, where Pavard takes the broth against Steven Zuber and tackles desperately. The Argentine referee, Fernando Rapallini, is magnanimous, the video referee less. Fortunately, Hugo Lloris has the good idea to deflect his first penalty in selection since October 16, 2012 (against Spain) and the fate of the match – and perhaps the tournament – is changed, it is believed.

Four minutes later, France took the lead thanks to a double from Karim Benzema, including a magnificent first goal with control worthy of the Dutchman Dennis Bergkamp. K.-O. standing, Switzerland is struck and Paul Pogba is responsible for sending it to the carpet with a light strike (75e). But the Nati is not counted ten. Seferovic places a second winning header (81e). Too late ? No, this match has decided to leave the shores of reason. The incoming Mario Gavranovic mystifies Presnel Kimpembe and equalizes with a low strike (90e).

Do you want more ? At the end of the stoppage time, Kingsley Coman succeeds in a sequence of control and perfect volley, but touches the crossbar. In overtime, Benjamin Pavard tries the remake – a little closer, a little less strong – of his goal against Argentina in the 2018 World Cup, but Sommer deflects the ball with a firm hand. The rest is less disheveled. Mbappé, angry with his left foot, negotiates badly two opportunities (108e and 110e) before countering a possibly winning recovery of Olivier Giroud entered in place of Benzema.

The rest, you know it. The French and Swiss shooters do not tremble, then Kylian Mbappé appears in front of Sommer and sees his penalty pushed back. The Helvetians can dance in front of their 700 supporters. For the first time since 1992, they beat France and open the road to Nevsky Prospect and St. Petersburg for a quarter-final against Croatia. The Blues, they have a Bucharest-Roissy to remake, digest and understand this insane match.