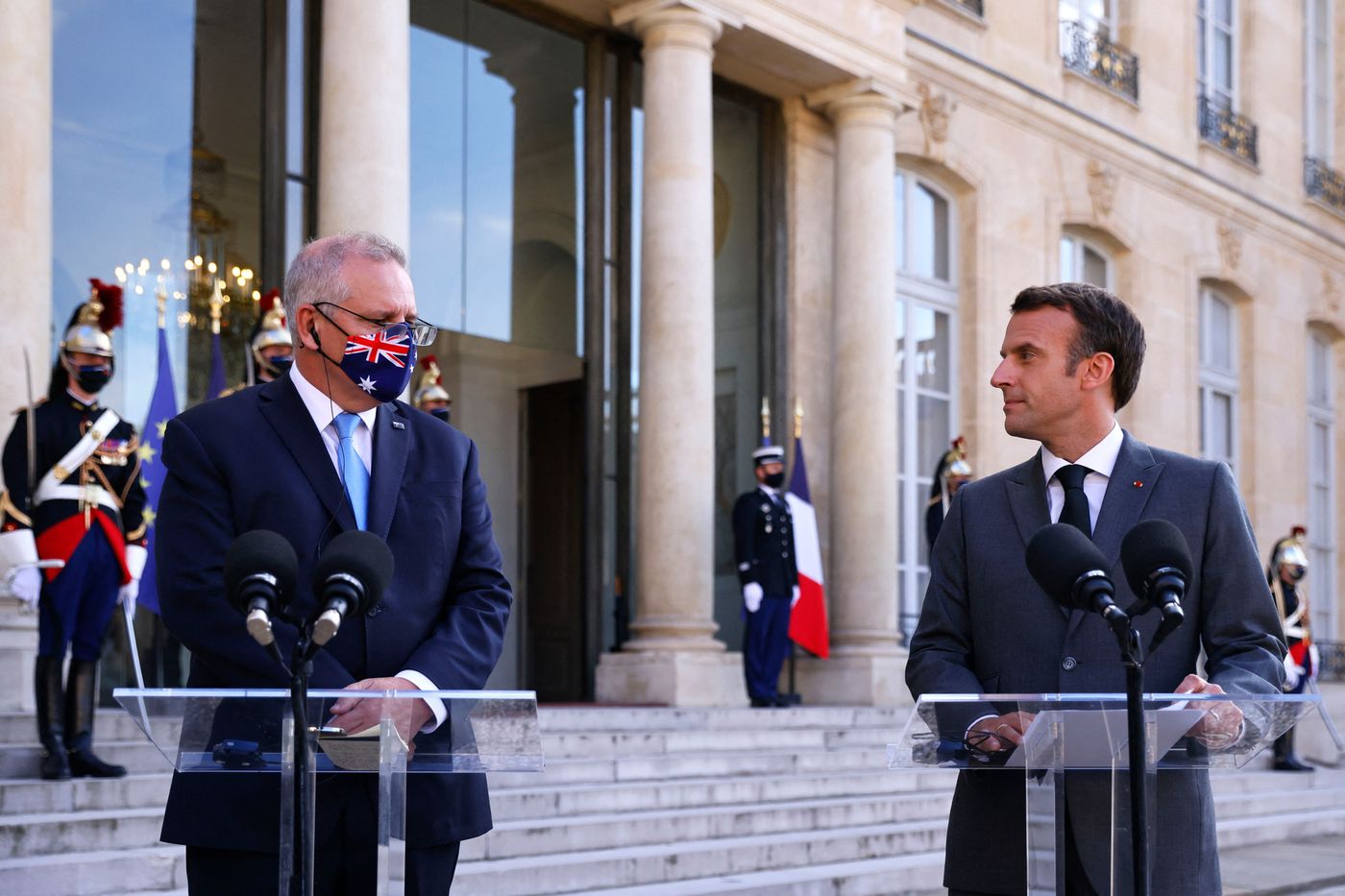 16,909 km separate Paris from Canberra. Australia is far, very far from the French zone of influence despite the presence of France in Polynesia. It took a lot of effort to get closer, in the early 2000s, before we got to the“Major breach of trust” denounced a week ago by the French foreign minister, Jean-Yves le Drian, in what has become the submarine affair.

→ TO ANALYSE.Submarine crisis: Paris and Canberra pass the buck on a possible “double game”

The cancellation of a “contract of the century” of 12 submarines with diesel-electric propulsion in favor of American submersibles with nuclear propulsion produced a huge explosion in Paris, which recalled its ambassadors.

Before and after nuclear tests

Relations have not always been good between the two countries in the second half of the twentieth century. “The French nuclear tests in Polynesia and the Rainbow Warrior affair in 1985 had developed in Canberra and throughout the country a very lively anti-French movement”, says Marc Finaud, associate professor at the Geneva Security Policy Center (GCSP), a former diplomat who was consul in Sydney between 2000 and 2004.

The destruction of the famous ship of the environmental NGO Greenpeace, sunk by the secret services on the orders of François Mitterrand, caused a scandal in Australia, even though the attack took place in Auckland, New Zealand, on the road to Mururoa.

In 1996, the signing by France of the Comprehensive Nuclear-Test-Ban Treaty marked a turning point. In 2000, the bicentenary of the scientific expedition launched by Bonaparte in Australia was the occasion for a first diplomatic rapprochement. “It was an opportunity to rebalance the relationship with France which has no colonial liabilities to manage, unlike the United Kingdom which maintains links through the Commonwealth”, remembers Marc Finaud.

The “redemption of the century”

At the same time, France is interested in the Australian arms industry. In 1999, Thalès bought Australian Defense Industries (ADI), which became Thales Australia in 2006. This subsidiary remains the leading supplier to the Australian army (troop transport, frigates, etc.). Over the years, the French group has benefited from several structuring orders from the Australian government, from small caliber ammunition to the design of ships.

In 2016, when Naval Group (62.49% owned by the French State and 35% by Thales) signed the “Contract of the century” 12 diesel-electric powered submarines, the atmosphere is “Excess of enthusiasm”, according to Marc Finaud. “At that time, we said to ourselves that it was completely cooked, and that we had the Australians in our pockets. But when it comes to the purchase and sale of arms, it is always the logic of every man for himself and of the national interest that prevails “.

→ READ. Indo-Pacific: which allies for France?

This 35 billion euro contract also required Washington’s cooperation: the submarines were to be equipped with combat systems by the American industrialist Lockheed Martin. But this collaboration to make French submarines compatible with American onboard systems « involved information sharing that the United States was not ready for, with the United Kingdom perhaps, but not with France », says Yannick Queau, expert in international security and the arms trade. Nothing was done, therefore.

To win this market, France had beaten “Loyally” its German and Japanese competitors, after a call for tenders. But this was only the beginning of the beginning, for this cooperation which once really started over thirty years, between the phase of study, manufacture, and the maintenance usually planned with this kind of contract.

France had reason to believe it. In 2019, the two partners sign a strategic cooperation agreement. In October 2020, Naval group moved to Port Adelaide, Australia, where the submarines would be built. In Cherbourg, 500 employees, including 40 Australians, were already working on the project. But the formal manufacturing contract was not to be signed until 2023.

The breach of the contract, in the drawers since February, is envisaged in the wake of the coming to power of US President Joe Biden. France had had some warning signs of the Australian abandonment. The argument relates above all to the soaring costs, however classic for this kind of contract. While traveling on June 15 in Paris, Australian Prime Minister Scott Morisson had widely expressed his ” dissatisfaction “ to Emmanuel Macron. The message seemed heard.

On August 30, France and Australia underlined in a press release “The importance of the submarine program of the future”. Fifteen days later, the French were out of the game: the United States, Australia and the United Kingdom announced a strategic “AUKUS” partnership to counter China, including the supply of American nuclear-powered submarines to Canberra. .