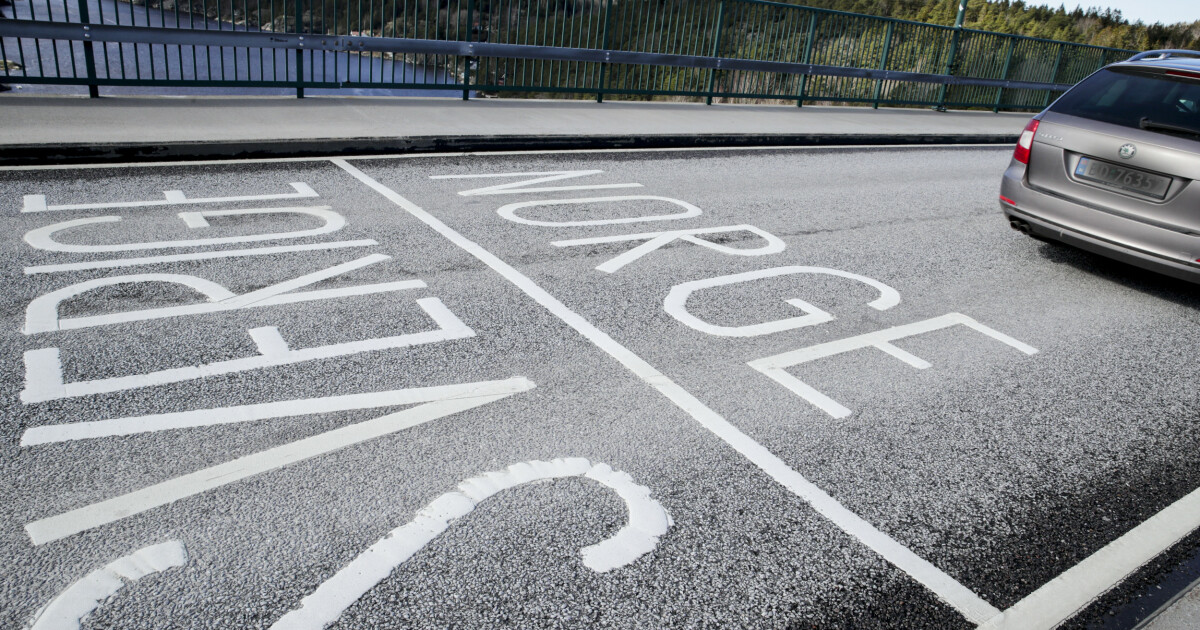 Day commuters from Sweden and Finland will again be able to come to work in Norway on Monday, the Ministry of Justice writes in a press release.

– I warn the government against having finished with the case, says parliamentary representative Elise Bjørnebekk-Waagen (Labor) from Viken and Østfold to Børsen.

When Norway closed the border on January 29, 6,000 Swedish citizens were banned from their jobs in Norway.

The Norwegian Directorate of Health and NIPH now believe that it is justifiable to remove the entry restrictions for border commuters, subject to a strict test and control regime.

They consider that a test every seven days is infection control professional sufficient to reduce the risk of infection for this group.

– The infection situation in Norway and in Europe means that we can not open too much at a time, but it is good that we have now found a solution for this small group of day commuters who have been in a very difficult situation, says Minister of Justice and Emergency Management Monica Mæland (H).

Bjørnebekk-Waagen states that the case is far from over with this.

– The border commuters have been without income for almost a month. They have come into this situation completely unjustly. It is not difficult to understand that a month without pay means great financial challenges for many families. The government must put in place a financial compensation, says the Labor Party representative to Børsen.

See Also:  the fault of the French?

She reminds us that border commuters pay taxes to Norway, which basically ensures certain rights.

That the border was closed due to the infection situation should not come as a surprise, she emphasizes.

– It is sensational and testifies to poor emergency preparedness work that the government had not prepared for the consequences of a closed border. The price for the poor planning is what the border commuters have had to pay.

– What will be the next step?

– I will follow this matter further in the Storting. It is unacceptable for ordinary people to be left standing on bare ground. It should not happen when you have paid taxes and are part of the Norwegian safety net, Bjørnbekk-Waagen concludes.

At the Nexans factory in Halden, cheers were also followed by a resounding sigh of relief on Friday:

– Absolutely fantastic news. It is very welcome that our Swedish colleagues can return to work again, was the immediate comment from Hans Petter Bærem.

He is the main shop steward at the Nexans factory in Halden – one of the border town’s cornerstone companies with its 850 employees. For a whole month, 30 of these have been prevented from attending work, because they are Swedish citizens with an address in the neighboring country.

See Also:  At least 11 killed in truck-bus collision in China

– But it is clear: It remains quite clear to find a solution with post-payment. In our view, it is the Norwegian government’s responsibility, he says.

The exemption from the entry restrictions applies to foreigners residing in Sweden or Finland who commute to work in Norway. Day commuting includes evening and night work, as long as you travel home after work.

– The government has now put in place a scheme based on infection control professional advice that makes it possible for day commuters from Sweden and Finland to get to work in Norway. This is good news for those who commute, says Minister of Labor and Social Affairs Torbjørn Røe Isaksen (H).

However, the control and documentation of testing, residence and employers will be significantly stricter compared with the scheme before the border was closed in practice.

The government introduces a requirement that day commuters from Sweden and Finland must present a negative covid-19 test taken during the last seven days upon entry. The test must have been taken in Norway, Sweden or Finland, and must have been taken before crossing the border.

The changes will take effect at midnight, the night before Monday 1 March.