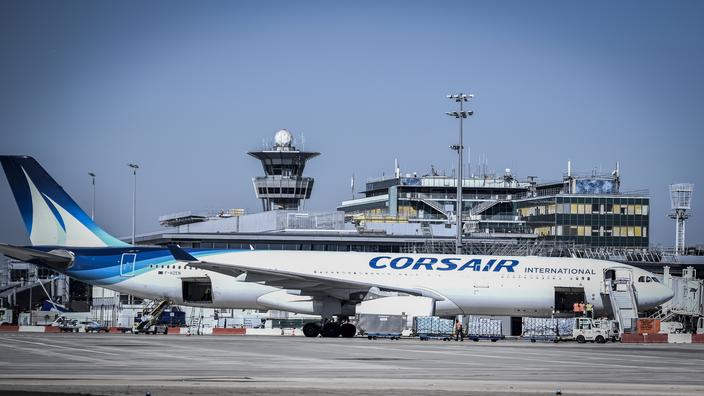 “State aid must be fair and minimal. It is the sacred taxpayers’ money, ”exclaimed Marc Rochet on Monday.

Corsair’s rescue plan is creating turbulence in the airline industry. On Monday, Marc Rochet, president of Dubreuil Aéro, which brings together the two companies Air Caraïbes and French Bee, said “his extreme concernOn the risk of distortion of competition caused by the rescue plan in which the State provides aid in the form of loans and exemptions.

According to The gallery, out of the plan’s € 300 million envelope, the State has committed to allocating € 141 million to Corsair through several instruments: direct loan, equity loan, exemptions from charges. More promising measures than state guaranteed loans (PGE) intended to replenish the cash flow of companies. “This has nothing to do with the EMPs from which Air France KLM or even the Dubreuil group – to which both companies belong – have benefited., specifies Marc Rochet. In the first case, the State is a shareholder and European regulations do not prohibit its financial support. As for the EMP from which the Dubreuil group has benefited, it was 150 million euros while the group has 4,800 employees, including 1,300 in the airline sector. But state aid in favor of Corsair is assimilated to equity».

The leader denounces the tendency of the State to infuse airlines too easily: “Air transport must prepare for a major transformation. However, the infusion does not help us and does not make us brave. State aid must be fair and minimal. It’s the taxpayers’ sacred money», Exclaims the leader.

Unsurprisingly, the CEO of Corsair, Pascal de Izaguirre, rejected the objections of his competitor of Air Caraïbes to which he had failed to ally himself five years ago: “Given the exceptional nature of the crisis, and no one disputes that air transport is one of the most affected sectors and the most affected, no airline can get through this crisis without state aid, he pleaded Monday on BFMTV. Whether in France or in all other countries, all states help their national companies.»

But Corsair’s competitors point to the structural difficulties of the former subsidiary of the TUI group. Since 2009, the company has accumulated an operating loss of 364 million euros for a cumulative turnover of 4.8 billion euros. Corsair was only in the green in 2016 and 2017.

However, the lines to the overseas departments operated by Air France, Air Caraïbes and Corsair are “millionaires”. Each year, 1.4 million passengers are transported between Paris and Pointe-à-Pitre, and one million between Paris and Saint-Denis de la Réunion.