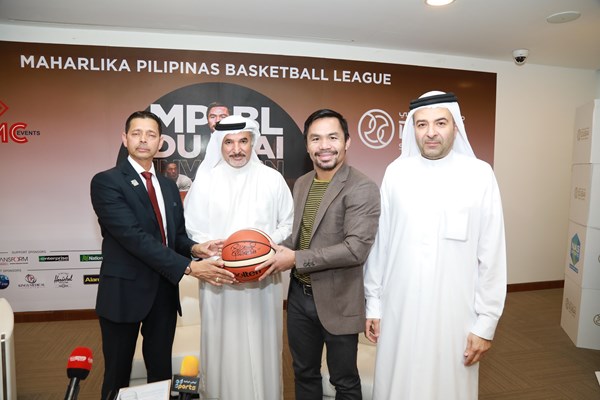 “Here’s the moment, we’re ready for the challenge of the presidency,” said the 42-year-old, who has agreed to be a candidate for a breakaway faction of President Rodrigo Duterte’s party.

The announcement came weeks after he fought the last fight of his career, when he lost in Las Vegas on August 22 against Cuban Yordenis Ogas. Pacquiao, nicknamed “Pac-Man”, is the only boxer in history to win the world title in eight different weight classes, and he is a source of great pride for Filipinos.

During his childhood, he grew up on poor streets before entering professional boxing in January 1995 for a grant of 1,000 pesos ($22), before amassing a fortune estimated at more than $500 million.

Pacquiao entered politics in 2010, when he was elected lawmaker, before becoming a senator in 2016, and has sometimes stirred controversy with his pro-death penalty or anti-homosexual statements. But he is very popular in the archipelago, where his generosity and his path to success, born into abject poverty, are admired and admired.

Pacquiao has previously vowed to spare no effort, saying he would send “hundreds or thousands” of corrupt politicians to a purpose-built “huge prison”. He said in front of his supporters: To everyone who asks me what my skills and abilities are, have you ever suffered from hunger? Do you know what it means to have nothing to eat, to have to borrow money from your neighbors, or to wait to collect leftovers at a restaurant? This Manny Pacquiao in front of you is made of poverty.

Until recently, Pacquiao was a prominent supporter of President Duterte and his controversial war on drugs, which prosecutors at the International Criminal Court want to investigate the alleged unlawful killing of tens of thousands of people.