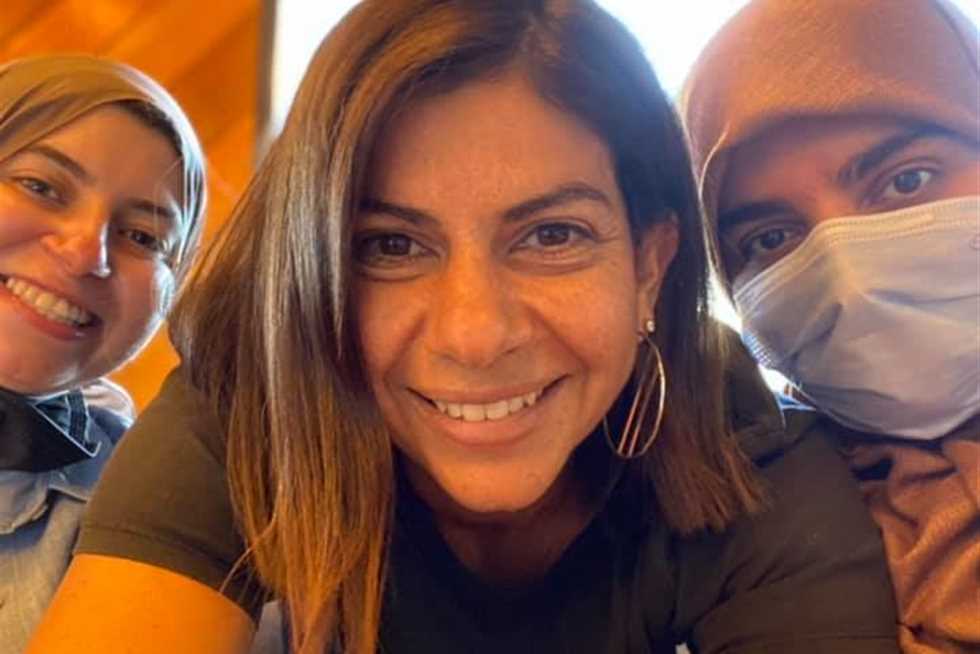 Sources revealed details of an incident Kick out a group of girls In one of the cafes in the Fifth Settlement area, in Cairo, in protest againstThey wear the abaya Which was shared on social networking sites Facebook.
The sources said: that by examining and communicating with the owner of the cafe referred to, he denied the allegations circulated, and presented the security services with a CD with a recording from the cafe’s surveillance cameras showing her entry to her friends who were present without their objection.
The owner of the cafe revealed that the girls left without leaving Pay for their requests After they created a problem with the manager of the cafe, he was surprised that one of them defamed the cafe on the social networking site Facebook.
A report has been drawn up on the incident and is being presented to the Public Prosecution for investigation, and the girls are being arrested to hear their statements about the charges against them.

Dina Hashish, one of the girls present in the incident, was on her Facebook account: “One was thinking that he was still a month away from the burkini suffocation and class cramping, but I opened the season with the first story of me and the work team. Café is a simple but updated shisha café on the 90th Street, with finishing costs, ebony suppliers and café staff. Think of Mahjoub.

She said we started meeting and we were 5 girls each of us looking like blondes, me, veiled in different shapes, a diverse group like Benetton ads. We are Tim Content writing for 1.7 million followers, and the best thing about us is our differences, because we deliver to all our followers, regardless of their background.”

And she continued, “After two hours, another girl came with tears in her eyes from embarrassment, and she told us, I can’t attend the meeting, I don’t want me here because I wear an abaya!!! I am not a member of the content team. I am saying that I will build you from my love and admiration for her.

Hashish mentioned the incident, and said: “I was happy for the director, I told him, Shame on you, we are in 2021, and I presented strong dialogues of fear of difference, and I will not argue with you that you have a lesson code, your right, but I am their directorate and they bring them and you are in front of them. You must see respectable people. The place is already empty. They tell me in cameras and the manager is blaming me. It is not allowed to wear an abaya, niqab, or slippers. I have never been evicted from a place in my life, and one day it will be in a coffee, and I don’t even want to eat and they ran and saw us in the street to pay for the food we wanted. We didn’t eat it and it was complete as it is and we said let your manager pay him after this humiliation. She kicks me out while I’m eating and says push.”

And she continued: “We all stood with our friend and supported her choice in wearing her, and we walked and went to Casper & Gambinis, which is the chicest, cleanest and most expensive, and no one can pray. This is Sachi and Crimson. I see veiled women in them. Event delayed. I hope from the director of Hookah that you see a doctor who can help you solve your psychological problems. Psychological treatment is not a defect, this is visible and helps us accept .. As for your problem in marketing and brand development.”

Among the comments, Hashish revealed a message she received from the cafe through her account on Instagram, in which he stated that the cafe respects all girls, and that Hashish’s work team was present for more than two hours before the incident.