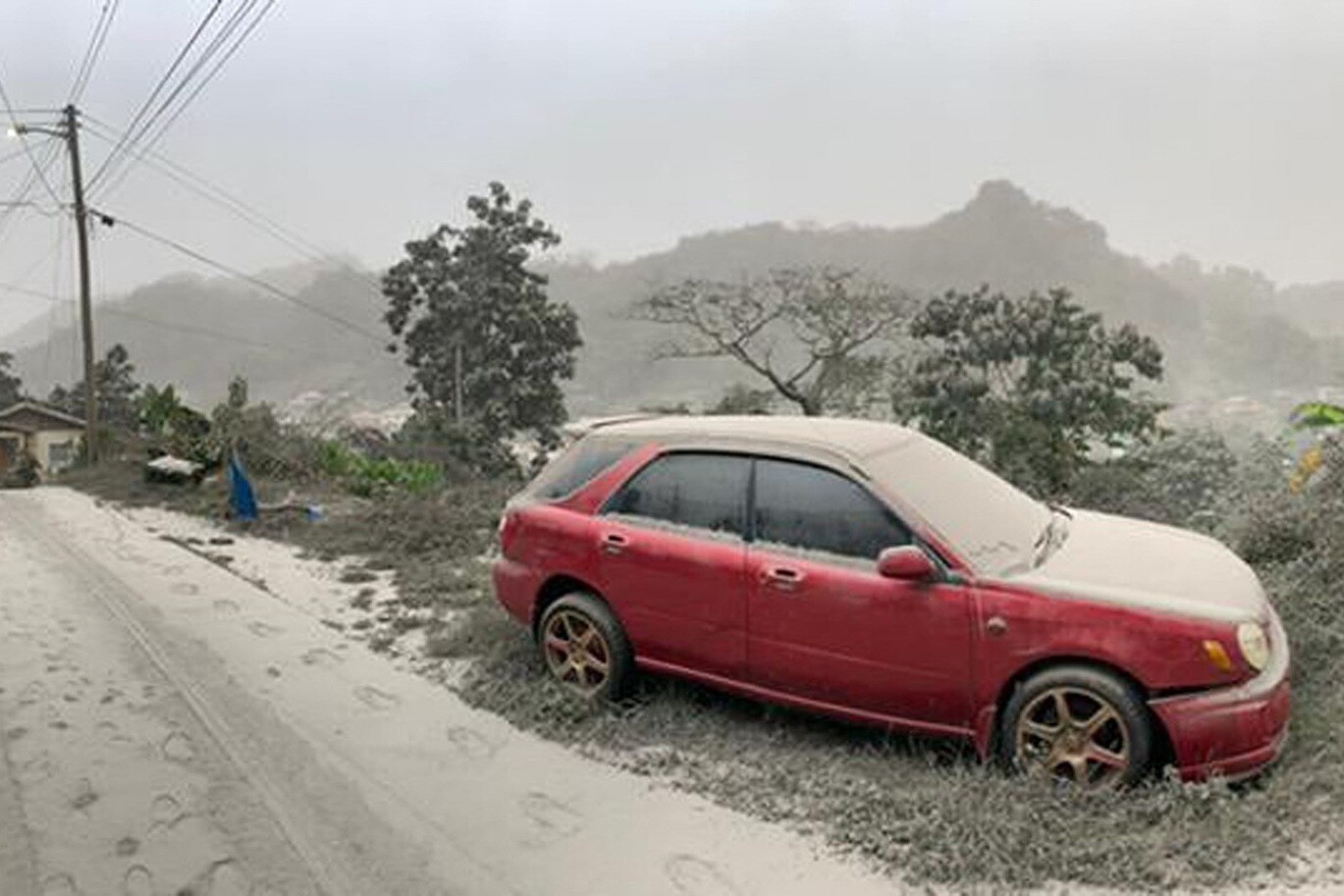 In white flocked La Croix-Rouge t-shirt, in the uniform of the Antilles armed forces, or in civilian clothes, the first reinforcements are active on the island of Saint-Vincent. Some disembarked from the military frigate Ventôse, which arrived from Martinique on Wednesday April 14; others from ships from Grenada, Saint Lucia, Trinidad and Tobago…

→ READ. August 15, 1976, Basse-Terre in Guadeloupe evacuated under the threat of Soufrière

The call for help was heard after the Soufrière volcano erupted in Saint-Vincent on April 8. On the morning of the 12th, the Organization of Eastern Caribbean States (OECS) convened a crisis meeting, by videoconference, in order to establish a regional cooperation plan ” in the humanist, united and responsible sense ”. Liters of drinking water, which was starting to run out, were delivered.

A desert of dust

The successive eruptions of Soufriere – every two to four hours – have turned the island into a desert of dust. From now on, the water points are unusable because of ash deposits, the air is unbreathable, the sun is constantly obscured by smoke. Farmland is being decimated. Hunger threatens.

“As soon as I knew the seriousness of the situation, I went to bring dry products and canned goods to the collection”, says Emmanuelle, crossed on the road to Pointe-à-Pitre, a hat screwed on the head. “It is in the Caribbean culture, the koudmen (“Helping hand”, in Creole) », explains the retiree.

In the local press, we celebrate all the individuals who get involved, like this father who left Martinique on a catamaran loaded with food. Jackpots and donations abound, associations never cease to be solicited.

Irreproachable mobilization also, as for the reception of the refugees. “In 1932, my grandparents welcomed refugees from Martinique after the eruption of Mont Pelée”, testifies Édith, 50 years old from Guadeloupe. “Together, they have created extremely strong bonds. This is why I will not hesitate to host Saint-Vincentais ” she adds.

→ READ. A new tool to predict the eruption of volcanoes

About 20,000 people had to be evacuated. A third of them were relocated with relatives and 5,000 in emergency accommodation, in Saint-Vincent itself. The remaining 7,000 will soon fly to the OECS countries which have all volunteered despite the Covid-19 crisis.

“The regime of free movement of persons within the OECS greatly simplifies the reception in the full member states of nationals of another state” explains Didacus Jules, its director. The same process, he recalls, was used in 2017, during hurricanes Irma and Maria.

The Caribbean, in fact, is very exposed to seismic or volcanic disasters. Since 2019, the French Red Cross, via its Americas-Caribbean regional intervention platform (PIRAC), has been piloting the program « Ready Together », intended to strengthen the preparation of Caribbean countries for these disasters and to better coordinate aid. In Guadeloupe, it is supervising the construction of a “humanitarian hub”, a huge warehouse that will store basic necessities, within everyone’s reach.